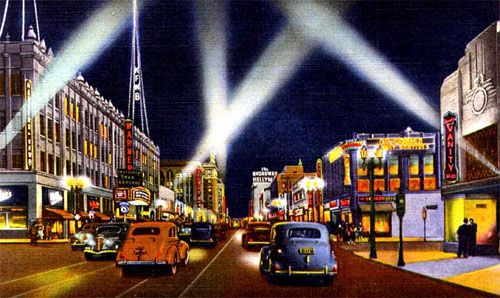 What the average man calls Death, I believe to be merely the beginning of Life itself.  We simply live beyond the shell.  We emerge from out of its narrow confines like a chrysalis.  Why call it Death?  Or, if we give it the name Death, why surround it with dark fears and sick imaginings?  I am not afraid of the Unknown.

After having lived in the limelight with attention from the press and fans, some of our nation’s famous and infamous celebrities are seemingly just not ready to move on. So, if you never had the opportunity to meet them in real life, according to these tales you might still be able to catch a glimpse of them as they continue to haunt the places of their pasts. 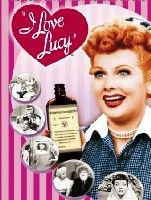 Lucille Ball – When Lucille Ball died during surgery on April 26, 1989, at the age of 77, she was still living in her home at 1000 North Roxbury Drive. Since her death, she is said to remain in the home that experiences a number of strange happenings. New owners tell of unexplained broken windows, loud voices being heard from an empty attic, and furniture and other objects moving around inside the house.

Bonnie and Clyde – This pair of notorious outlaws of the 1930s were finally tracked down and killed on May 23, 1934, outside of Arcadia, Louisiana. Their bullet-ridden car was then towed into town with their bodies still in the vehicle. Today, a marker stands at the site where they died and is said to be haunted by the pair. Photographs taken of the marker often come out with ghostly forms.

Aaron Burr – Burr was the third Vice President under Thomas Jefferson, but he is not known so much for that as he is for a duel with Alexander Hamilton. After killing Hamilton in the duel, Burr was placed on trial for treason but was acquitted. Today, Burr is said to haunt the One If By Land, Two If By Sea Restaurant, in New York City. Located in what was once Burr’s carriage house at 17 Barrow Street. Both visitors and staff alike have observed dishes that fly of their own accord and have had chairs pulled out from under them by unseen hands. Also said to haunt the restaurant is Burr’s daughter, Theodosia Burr Alston, who vanished off the coast of North Carolina en route to visit her father in New York.

Al Capone – The notorious Chicago gangster who led the city’s illegal activities during the Prohibition era has been rumored to haunt a couple of locations. Allegedly, when people are disrespectful while visiting his family plot at Mount Carmel Cemetery in Hillside, Illinois, he is said to appear. Also, at Alcatraz, where Capone was one of the first inmates, spectral banjo music has often been heard coming from inside his old cell. 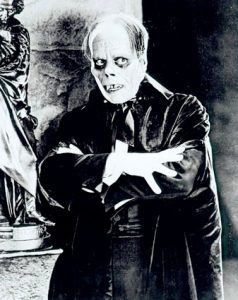 Lon Chaney, Sr. – Remembered primarily as the pioneer actor of horror films during the silent film era, Chaney died in 1930. Today, his spirit is said to haunt Sound Stage 28 at Universal Studios. This stage was used for the film Phantom of the Opera, and Chaney’s caped spirit has been seen running along the catwalks above the stage. Other phenomena reported occurring here include lights that turn on and off and doors that open and close by themselves.

Montgomery Clift – A popular film star of the 1950s and ’60s, Montgomery Clift was a four-time Oscar-nominated actor who is best known for his roles in A Place in the Sun, From Here to Eternity and Judgment at Nuremberg. His spirit has been seen at the Hollywood Roosevelt Hotel, most often in Room 928.  It was here that he spent three months in 1953 where he was known to pace back and forth, memorizing his lines for From Here to Eternity.  Today, unexplained loud noises are often heard coming from the otherwise empty suite, the phone is continually found to be off the hook, and unexplainable cold spots are felt in the room. Others sense the actor’s presence and reportedly, one guest felt an invisible hand patting her shoulder.

Joan Crawford – From silent star to camp queen, Joan Crawford’s film career spanned some 45 years. Her former home, the Crawford House, is said to be haunted by her spirit as well as many others. Though the house has been exorcized many times, these ghosts refuse to leave. 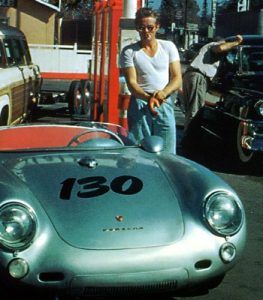 James Dean – While no actual reports have been made of Dean’s spirit, an extremely interesting legend persists of a curse on his beloved Porsche Spyder. Dean, the popular fresh-faced Hollywood star of the early 1950s, was known to live in the “fast lane.” He paid for it with his life when he was killed in a head-on collision on September 30, 1955. Dean purchased the car with the intent to race it; however, he never got the chance, as just weeks after its purchase, he died in the vehicle. Afterward, anyone who came in contact with the car or its parts began to suffer injuries and death until the vehicle finally mysteriously disappeared.

Redd Foxx – The popular star of the long-running “Sanford & Son” television series has been known to haunt Stage 31 at Paramount Studios where he died of a heart attack. At the studio, people have heard him laughing at the jokes and claim he just kind of hangs around. More often, the comedian is known to haunt his former home in Las Vegas. After a terrible battle with the IRS, he lost the home when the IRS forced the sale.

The new owner reportedly saw Foxx’s apparition walking around in a bathrobe. Other strange occurrences included lights that turned on and off by themselves and a sliding glass door constantly opening of its own accord. Today the building houses offices for Nevada Aqua Air Systems. Continuing to have trouble with the sliding door, they finally replaced it with a wooden swinging door. However, this didn’t stop the door from opening with invisible hands.