From Ghoulies and ghosties
And long leggit beasties
And things that go bump in the night.
Dear Lord, deliver us.

Angels – Contrary to popular conception, angels have never been incarnated into human form and have not lived on earth. Considered to be generally good, angels are servants of a higher being or God and tend to have specific purposes to their existence as relating to humans. Some are messengers, such as Gabriel in the Bible, while others are spiritual warriors, such as Michael. Others act as guardians to humans on earth and are the most believed in and witnessed angels in our time. Angels have been described elaborately in various forms, ranging from winged and light-filled to non-descript in plain clothes.

Demons – Like angels, demons have never lived and seem to have specific purposes with humans. They are considered evil and serve the will of Satan. They are known for tempting and tormenting humans and manifest themselves in nearly any form. They are known for their ability to possess humans (and even inanimate objects) and cause them to act or perform in manners entirely alien to their character, including violently. Removal of a demon requires the services of an exorcist, or otherwise someone considered pious and pure of heart.

Ectoplasm (Vapors and Mists) – A grey, white, or bluish-colored fog that appears alone or right before the appearance of an apparition. The mist may move in all directions, including through physical barriers. It resembles exhaled breath on a cold day or cigarette smoke and is often erroneously identified in ghostly photography.

Apparitions – The appearance of a deceased person or animal that appears in either a definable or blurry form. They often appear suddenly and quickly disappear at a distance, such as in an upper window of a house. Apparitions have been sighted moving through physical barriers such as walls and doors and are often accompanied by a drop in temperature. Generally, apparitions are harmless.

Free Spirits – These are entities that travel or interact with the living. They are also the disembodied spirits of the once-living, but they can choose to drop in and interact. They are free to come and go until they reincarnate or move on to a higher astral plane level.

Ghosts — A surviving emotional memory of someone who has died traumatically and tragically but is unaware they are dead. They may appear confused or frightened. They are not ready or yet able to let go of the physical attachments. They remain in the old and familiar places, repeating the same acts indefinitely until something or someone breaks the cycle for them.

Orbs – Small sphere-shaped masses of energy believed to be either the beginning of an apparition or a complete manifestation unto itself. They move on their own at various speeds. Usually invisible to the naked eye, they are the most common anomaly captured on film. However, most orbs in photographs can be explained away by other means such as dust, insects, or camera flaws. A photo of an orb with a light trail behind is rare and considered more reliable. Orbs can be found just about anywhere.

Place or Residual Memories – Some hauntings have an eerie resemblance to life, where ghosts are busy with activities common to living people, such as walking around, talking, or working. “Ghost Experts” describe these hauntings in several ways. The first is that the ghost is simply doing something they frequently did in life. The second assumes that the sci-fi concept of the time-space continuum is genuine and that sometimes two time-frames overlap. The third explanation is referred to as a “place memory,” which is kind of like a recording of a past event that has imprinted itself on the environment. These are also called residual hauntings and recordings.  Images and sounds are impressed upon a place and later replayed in a phenomenon similar to watching a loop of a movie film. So, perhaps there is no ghost in these types of “hauntings,” but rather, some psychic “record” of a person from long ago. 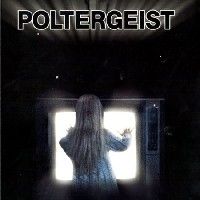 Poltergeists – Poltergeists are a form of a ghost that gains energy from people, most often children or teenagers, and converts it into the ability to move solid objects. Poltergeists will often announce their presence with rapping or other noises and generally create disorder. They like to generate acts of mischief such as throwing furniture about.

Spook Lights – White, blue, or yellow lights seen glowing in the distance at night. Unexplained, they are known by different names, including ghost lights, will-o-wisps, and ignis fatuus (foolish fire). Many documented examples of ghost lights have been made, including the spook lights around Joplin, Missouri, the Marfa Lights in South Texas, and the Dover Lights in northwest Arkansas.

Vortexes – Most often spotted indoors, these swirling funnel-shaped mists show up in photographs with a tread-like quality in the body. These anomalies may be spirits themselves, but it is becoming increasingly believed that they are more likely a method of transport between two worlds. They are often seen with orbs but have also been spotted alone.

The Ghost Story of Black Jack Ketchum appears to be a “Place Memory.” Check it out and see what you think. Click HERE!

But man dieth and wasteth away; yea, man giveth up the ghost, and where is he?