Unquestionably Bridger’s claims to remembrance rest upon the extraordinary part he bore in the explorations of the West. As a guide, he was without equal, and this is the testimony of everyone who ever knew him. He was a born topographer; the whole West was mapped out in his mind, and such was his instinctive sense of locality and direction that it used to be said of him that he could smell his way where he could not see it. He was a complete master of plains and woodcraft, equal to any emergency, full of resources to overcome any obstacles, and I came to learn gradually how it was that for months such men could live without food except what the country afforded in that wild region.

…Bridger was not an educated man; still, any country that he had ever seen he could fully and intelligently describe, and he could make a very correct estimate of the country surrounding it. He could make a map of any country he had ever traveled over, mark out its streams and mountains and the obstacles in it correctly, so that there was no trouble in following it and fully understanding it. . . . He understood thoroughly the Indian character, their peculiarities and superstitions… As a guide I do not think he had his equal upon the Plains.

An accomplished trapper, scout, and mountain man, Bridger was born on March 17, 1804, in Richmond, Virginia. His father, who was a surveyor and an innkeeper, moved the family to an Illinois farm near St. Louis, Missouri.

At the age of 17, Bridger joined General William Ashley’s Upper Missouri Expedition and, for the next 20 years, would repeatedly pass on foot through an enormous area whose boundaries were the Canadian border, the Missouri River, the Colorado-New Mexico border, and Idaho and Utah, constantly exploring new territory. He was one of the first non-Indians to see the natural wonders of what would become Yellowstone National Park and is believed to have been the first white man to visit the Great Salt Lake in 1824. Due to its salinity, he believed it to be an arm of the Pacific Ocean.

Known by the nicknames of Old Gabe and Blanket Chief, he became famous in 1825 when he was part of an expedition that brought $50,000 worth of beaver furs back from a fur-trading rendezvous. He left the expedition on the Bad Pass Trail and entered Bighorn Canyon, Montana. Fashioning a homemade raft out of driftwood, he made one of the most miraculous trips in frontier history by braving the Bighorn River’s turbulent waters, making the river’s first recorded float through the canyon. Much to the amazement of his fellow mountain men, he emerged from the canyon unscathed.

In 1835 he married a woman from the Flathead Indian tribe with whom he had three children.

In 1843 he and his partner, Pierre Louis (Luis) Vasquez, established Fort Bridger on Black’s Fork of the Green River in southwestern Wyoming Territory. Planning to trade with the Indians and the westward-bound emigrants on the Oregon Trail, the “fort” and trading post was little more than a crude collection of rough-hewn log buildings, but it served its purpose.

Unfortunately, his wife died in 1846, after which he married the daughter of a Shoshone chief. She, too, would die in childbirth three years later. In 1850 he married Shoshone Chief Washakie’s daughter, with whom he had two more children, some of whom were sent back east to be educated.

In 1850, while exploring in an attempt to find an alternate overland route to South Pass, Wyoming, he discovered what would become known as Bridger’s Pass, which shortened the Oregon Trail by 61 miles.

Bridger then entered government service as a scout, and Mormon settlers took over his “fort”. He acted as a scout on numerous expeditions, including the invasion of Utah by Colonel Albert Sidney Johnston in 1857-58 in the Utah War. In 1859 he was hired to guide a surveying party sent by the U.S. War Department under the command of Captain William Raynolds to examine the Yellowstone and Missouri River country, as well as their tributaries. Bridger was paid a salary of $125 per month for his efforts. By early September, with Bridger leading the way, the party made its way down the valley of the Bighorn River. By September 9, they were at the mouth of the canyon. At this time, Bridger told Captain Raynolds of his river trip some 34 years before. The expedition camped just below the mouth of the canyon for one night before heading to a winter camp further to the south along the Oregon Trail. The following year, Bridger would guide the Raynolds expedition through the greater Yellowstone area. In 1861, he led the Berthoud party, trying to discover a direct route from Denver, Colorado, to the Great Salt Lake. His knowledge of the territory and its Indian inhabitants was unrivaled.

The discovery of gold in western Montana would influence Bridger’s life throughout the 1860s. A flood of emigrants flocked to Bannack and Virginia City, Montana, following significant gold strikes in 1862 and 1863. The Bozeman Trail was soon blazed as a shortcut to the goldfields infuriating the Sioux, Arapaho, and Cheyenne as it cut right through the heart of their rich bison hunting grounds. Attacks against emigrant wagon trains soon made travel along the trail exceedingly dangerous.

In 1864, Bridger was asked by the military commandant at Fort Laramie, Wyoming, to blaze a new path. Whereas the Bozeman Trail had skirted the eastern edge of the Bighorn Mountains, Bridger’s new route headed up the opposite, western side of the range through the Bighorn Basin. He would only travel what became known as the Bridger Trail once in mid-1864 when he successfully led a group of emigrants up the trail. It turned out to be much less famous, yet much safer than the Bozeman Trail.

By 1866 Bridger could be found again working as a scout for the U.S. Army. This would bring him to his third and last rendezvous with history in the Bighorn Canyon area. He was hired to guide Lieutenant Colonel Nathaniel Kinney and two companies of soldiers in helping locate a site for Fort C.F. Smith. Bridger did not come cheap at a salary of $300.00 per month. His knowledge of the land and its inhabitants was considered invaluable. He was fluent in the Crow language and could quickly ascertain their views on various subjects.

Almost from the very day of Fort C.F. Smith’s construction in August 1866, it was under attack by the Sioux and their allies. After the Fetterman Fight occurred in December 1866 and a later battle at Fort Phil Kearny, where an overwhelming force of Indians wiped out 79 soldiers and two civilians, Bridger felt compelled to set the public record straight as to what the U.S. military was up against. In a letter he dictated in early May 1867, Bridger stated:

“The intention was to attack Fort Philip Kearney first and, if they were successful, to attack Fort C.F. Smith. At the present time, the entire tribe of northern Sioux is collecting on Powder River… their avowed intention is to make a vigorous and determined attack on each of the three posts and on all trains that may come along the road.”

Bridger’s words proved to be correct as the attacks escalated, peaking with the Hayfield and Wagon Box Fights along the trail later that summer.

He continued to guide until 1867, but the effects of arthritis, rheumatism and rugged frontier life caught up with the 63-year-old Bridger.

In 1868 he moved back to a farm in Westport, Missouri (Kansas City.) He spent the last 13 years of his life on the farm, far from the high plains, mountains, and basins, where he had become a legend. On July 17, 1881, at the age of 77, Bridger passed away. For some 23 years, Bridger’s grave was located in a nondescript cemetery just a few hundred yards from his farmhouse. However, his remains were re-interred in the more notable Mount Washington Cemetery in Independence, Missouri in 1904. 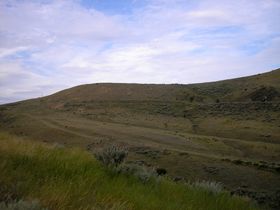