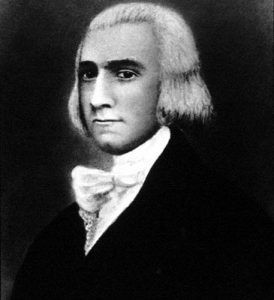 John Jacob Astor was the head of the Astor family dynasty and the first millionaire in the United States, primarily making his fortune in the fur trade, real estate, and opium.

Born as Johann Jacob Astor on July 17, 1763, in Waldorf, Germany, Astor was the third son of a butcher. When he was 16, he moved to London to work with his brother, who had started a business making musical instruments. While there, he heard that men were making their fortunes in America and soon decided to join the flock of immigrants “crossing the pond.”

Arriving in New York in 1783, Astor first worked as a butcher. However, he soon began to buy furs from trappers and Indians, establishing a fur goods shop in New York. In 1794, the Jay Treaty between Great Britain and the United States opened new markets in Canada and the Great Lakes region.

By 1795, Astor had purchased a dozen ships and began a thriving import/export business. Five years later, the man had amassed almost a quarter of a million dollars and had become one of the leading figures in the fur trade.

In 1800, Astor began to trade not only in furs but also teas, sandalwood, opium, and other products, with China. However, in 1807, The Embargo Act disrupted his import/export business. Undaunted, in 1808, Astor established a new venture – the American Fur Company to control fur trading in the Columbia River and Great Lakes areas.

Astor began this ambitious venture to compete with Canada’s two great fur-trading companies – the Hudson’s Bay Company and the North West Company. Initially, Astor’s operation in the Columbia River Valley of Oregon was under a subsidiary called the Pacific Fur Company. His Great Lakes efforts were under another subsidiary — the South West Company. 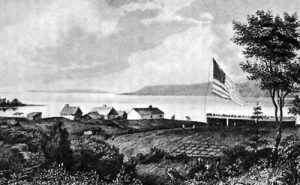 In 1810, Astor financed the overland Astor Expedition which would discover South Pass, Wyoming, through which hundreds of thousands of settlers would later travel the Oregon, California, and Mormon Trails through the Rocky Mountains. In April 1811, he established Fort Astoria, the first permanent United States community on the Pacific coast in present-day Oregon.

The War of 1812 nearly destroyed Astor’s company, and he was forced to sell Fort Astoria, which was renamed, Fort George. However, five years later, in 1817, Congress passed an act that excluded foreign traders from U.S. territory, making the American Fur Company the biggest in the Great Lakes region.

In 1821, the company partnered with the Chouteau interests of St. Louis, Missouri, giving the company a monopoly in the Missouri River region and, later, in the Rocky Mountains. Growing larger each year, the American Fur Company made a practice of buying out small businesses or putting them out of business with stiff competition, virtually having a market on the entire fur trade by 1830.

In 1834 Astor sold his fur-trading business and began to invest in New York real estate. Sure that New York would emerge as one of the world’s greatest cities, he aggressively began buying and developing large tracts of land in Manhattan. Adding millions to his already substantial wealth, he was the wealthiest person in the United States at the time of his death in 1848, leaving the bulk of his fortune to his children. 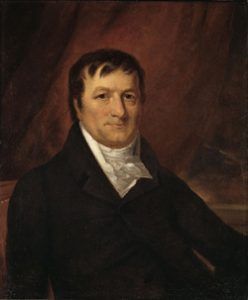 He also left $400,000 to build the Astor Library in New York, which is now the New York Public Library. When calculating his net worth, estimated at $20 million, as a fraction of the gross domestic product at the time, he would be the fifth richest person in American History.