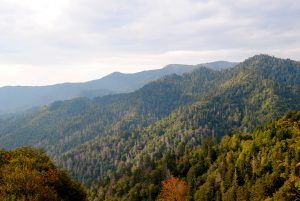 The State of Tennessee was originally a part of North Carolina and was claimed as a hunting-ground by the Chickasaw, Choctaw, Shawnee, and the Six Nations of the Iroquois. No tribe made it a fixed habitation except for the Cherokee, who dwelt in the extreme southeast part. Earl Loudon, governor of Virginia, sent Andrew Lewis to the region in 1756 to plant a settlement, and he built Fort Loudon, on the Tennessee River, about 30 miles from present-day Knoxville. The fort was besieged by Indians in 1760 and captured, with its inhabitants being murdered or reduced to captivity. However, armed men from Virginia and North Carolina retook the fort in 1761 and worked with the Indians for peace.

Immigrants from North Carolina, led by James Bobinson, settled on the Watauga River, one of the Tennessee River’s headstreams, in 1708. It was on lands of the Cherokee, from whom the settlers obtained an eight-year lease in 1771. They organized themselves and adopted a code of laws signed by each adult individual of the colony.

Others soon joined them and extended settlements down the Holston River valley and over intervening ridges to the Clinch River and one or two other streams. Yet others penetrated Powell Valley and began a settlement in the southwest corner of Virginia.

These early settlers were known as the “Watauga Association” from 1769 to 1777. The territory was represented in the North Carolina legislature as the District of Washington. The new settlers had two main demands — protection from the Indians and the right to navigate the Mississippi River. However, these demands went unheeded, and frustrated settlers formed the breakaway State of Franklin in August of 1784. 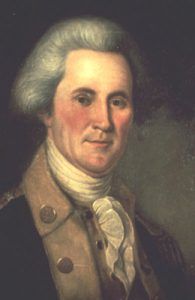 Though the fledgling state was unrecognized, John Sevier was named governor, and the state began to set up an official government. Sevier would stand out as one of the most prominent and picturesque figures in Tennessee’s early and formative history. He was called “the greatest of Indian fighters,” having fought against the Creek, Choctaw, and Cherokee. However, North Carolina was not pleased by this show of independence and began to reassert control over its western counties. These policies and internal divisions among East Tennesseans doomed the short-lived State of Franklin, which passed out of existence in 1788. That same year, Sevier was arrested on a charge of treason under North Carolina law, but he escaped. He was then elected to the North Carolina Senate and received a pardon from the governor, ending the treason charge.

In 1790, Tennessee was organized, together with Kentucky, as “The Territory South of the Ohio,” more commonly known as the Southwest Territory. President George Washington appointed William Blount as the territorial governor.

A distinct territorial government was granted to Tennessee in 1794, and on June 1, 1796, it entered the Union as the 16th State. The seat of government moved several times, beginning at Knoxville, before moving to Kingston, Nashville, and Murfreesboro until 1826, when it was permanently fixed at Nashville.

In the early years of settlement, planters brought slaves with them from Kentucky and Virginia. At the same time, however, there was support for the emancipation of slaves, primarily fueled by white settlers fearing competition with slave labor. At the constitutional convention of 1796, free blacks were given the right to vote if they met residency and property requirements. However, there was no emancipation law enacted.

Tennessee took an active part in the War of 1812, especially in the operations in the Gulf region. Tidings of the declaration of war reached Andrew Jackson, Commander of the Tennessee Militia, on June 26, 1812, and he authorized Governor Blount to tender to the President of the United States the services of himself and 2,500 men of his division as volunteers for the war.

Despite a chronic shortage of supplies, little support from the War Department, and mutiny, Jackson’s militia army prevailed in a series of lopsided victories over the Red Sticks, a traditionalist faction of Creek Indians who led a resistance movement that culminated in the outbreak of the Creek War in 1813.

His victory at the Battle of Horseshoe Bend in Alabama in 1814 utterly destroyed the Creek military power and propelled Jackson and his lieutenants, William Carroll and Sam Houston, to national prominence. Andrew Jackson was appointed major general in the U.S. Army and given command of the Southern military district just in time to meet an impending British invasion of the Gulf Coast.

When British forces threatened New Orleans, Jackson took command of the defenses, including militia from several western states and territories. He was a strict officer but was popular with his troops, who often said he was as “tough as hickory,” which garnered him the nickname that he bore through life, of “Old Hickory.”

Three years later, he led another force composed largely of Tennesseans into Florida, fighting the First Seminole War. For Tennessee, these military campaigns resulted in the clearing of Indian claims to nearly all of the state, and the Chickasaw Treaty of 1818, extended Tennessee’s western boundary to the Mississippi River. Opening up a rich, new agricultural region for settlement, Western Tennessee boomed until the  Panic of 1819 ruined most banks and many individuals. However, by the mid-1820s, the state’s economy bounced back, and it one of the South’s new cotton boom centers.

By 1830, the number of African Americans in the state was over 140,000, most of which were slaves working on large plantations or in the Mississippi Delta area working in transportation. At the convention of 1834, efforts to abolish slavery were once again made but were badly defeated. In fact, the state also retracted the suffrage that had earlier been allowed for free black men. 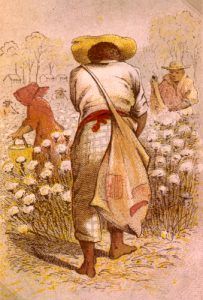 By 1848, slavery as a national issue overshadowed state issues, breaking apart political parties, church denominations, and neighborhood friendships. As newspapers waged a vicious war of words over abolitionism, southerners, including many in Tennessee, grew angry over northern interference with slavery, so much so that delegates from across the South met in 1850 at the Southern Convention in Nashville to express their defiance.

Despite these issues, commerce and farm wealth in the state climbed to unprecedented heights. This prosperity only confirmed the superiority of the Southern agrarian system, which included slavery. By 1860 the enslaved population had nearly doubled to 283,019, with only 7,300 free African-Americans in the state, which amounted to about 25% of the population.

With so much capital invested in slaves and the state’s prosperity, residents did not intend to willingly suffer the loss of their property or have restrictions put on its use.

Tennessee, along with other southern states, viewed the possible election of Abraham Lincoln to the presidency and the elevation of his anti-slavery Republican Party to national power in 1860 as a disaster. In fact, Lincoln had so little support in Tennessee that his name was not even on the ballot.

Even so, most Tennesseans initially showed little enthusiasm for breaking away from the Union. In February 1861, 54% percent of the state’s voters voted against sending delegates to a secession convention. However, sentiment changed after the attack on Fort Sumter, South Carolina, in April and President Abraham Lincoln’s call for 75,000 volunteers to coerce the seceded states back into line. 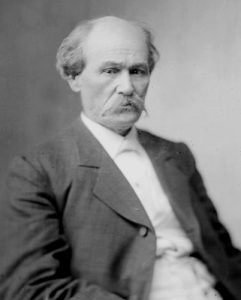 Governor Isham Harris began military mobilization, submitted an ordinance of secession to the General Assembly, and made direct overtures to the Confederate government. In a June 8, 1861, referendum, East Tennessee held firm against separation, while West Tennessee returned an equally heavy majority in favor. The deciding vote came in Middle Tennessee, which went from 51 percent against secession in February to 88 percent in favor in June. Having ratified by popular vote its connection with the fledgling Confederacy, Tennessee became the last state to officially withdraw from the Union.

Tennessee was one of the Border States that sent large numbers of men to fight on both sides of the Civil War. A sizeable part of the male population — 187,000 Confederate and 51,000 Federal soldiers — mustered in from Tennessee.

Much of the Civil War was fought in Tennessee’s cities and farms; only Virginia saw more battles. Geography dictated a central role for Tennessee. As a border state with its rivers being key arteries to the Deep South, it was a major target for the Federals. From the early days of the war, Union efforts focused on securing control of those transportation routes and major roads and mountain passes such as the Cumberland Gap. Unfortunately, for Tennessee and the Confederates, most of the state’s battles were Union victories.

In February 1862, the Union began the Twin Rivers Campaign to control the Cumberland and Tennessee Rivers and the steamboat traffic. By controlling these rivers, the Union could control much of the goods and commodities delivered to the south. The Union strategy was effective when General Ulysses S. Grant and the United States Navy captured control over both rivers and held off the Confederate counterattack at Shiloh in April of the same year. 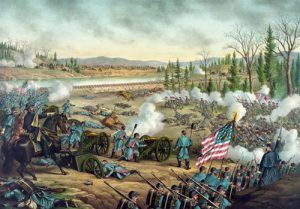 The Capture of Memphis and Nashville gave the Union control of the Western and Middle sections of Tennessee. Control was confirmed at the Battle of Stones River at Murfreesboro in early January 1863.

After Nashville was captured, which was the first Confederate state capital to fall, President Abraham Lincoln appointed Andrew Johnson as the state’s military governor. This new government quickly abolished slavery in the state. In the meantime, Union troops began to occupy much of Tennessee through the end of the war, depleting her resources and contributing to a social order breakdown in many areas.

Though the Union was in control of most of western Tennessee, the Confederates continued to hold the eastern portion of the state despite Unionist sentiment.

The last major battles came when the Confederates invaded in November 1864 and were checked at Franklin, then destroyed by George Thomas at Nashville in December. When the war was over, Tennessee would see more than its share of devastation resulting from years of warring armies traveling through the state.

On January 9, 1865, a State convention assembled at Nashville and proposed amendments to the constitution abolishing slavery. The Confederacy’s military league, the ordinance of secession, and all acts of the Confederate States government were annulled, and the payments of any debts contracted by the state were prohibited. The people ratified these proceedings, and William G. Brownlow was chosen, governor. In April, the legislature ratified the 13th Amendment to the National Constitution, reorganized the state government, and elected Senators to Congress.  When the state ratified the 14th amendment to the National constitution in 1866, they were soon able to send members to the House of Representatives.

Tennessee was the third state to ratify the 14th Amendment, before any other Southern state and earlier than most Northern states.