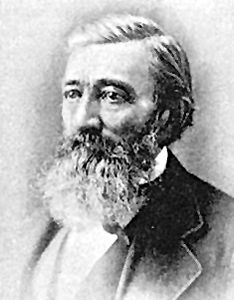 George S. Simpson was a trapper, trader, adventurer, farmer, and rancher who helped to form El Pueblo and Hardscrabble in Colorado and Barclay’s Fort in New Mexico.

George Semmes Simpson was born on May 7, 1818, in St. Louis, Missouri, to Robert Simpson, a physician, and Bricea Smith Simpson. He received a formal education as a child, and his father hoped the boy would follow in his footsteps. However, as an adolescent, he was said to have had some delinquency problems, and after hearing the exciting tales of trappers and mountain men, he set out on the Oregon Trail in a mule-drawn wagon.

By 1838, he had made his way to Fort Hall, Idaho, where he joined several veteran trappers, including Old Bill Williams, who trapped successfully along the rivers in Idaho. During the trappers’ rendezvous at Daniel, Wyoming in the spring of 1839, he met more trappers and wandered through western Colorado, Utah, and Nevada for the next two years, covering some 2,000 miles.

In June 1841, he was at Fort Laramie, Wyoming, where he met frontiersman Kit Carson and Robert Fisher, a Bent & St. Vrain Company trader. Fisher hired the young man to work for the company, and soon Simpson and several other trappers traveled down the Front Range of the Rocky Mountains to Bent’s Fort on the Santa Fe Trail. There, he learned the basics of trading with the Indians, and before long, he and Robert Fisher were discussing plans for establishing a trading post near the confluence of Fountain Creek and the Arkansas River.

At that time, Mathew Kinkead was with a woman from New Mexico named Teresita Sandoval, who had a 14-year-old daughter named Juana Maria Suaso. At the age of 24, George Simpson married Juana just a month before her 15th birthday at Bent’s Fort on November 30, 1842.

The couple lived at El Pueblo for the next two years, trading with Indians, Anglos, and Mexicans. In 1844, Simpson, Joe Doyle, and Alexander Barclay built another trading post at Hardscrabble, Colorado, about 23 miles west of El Pueblo. There, George and his wife Juana would have their first child, Maria Isabel, born on June 2, 1844. A short time later, the Simpson family traveled to Taos, New Mexico, where the child was baptized, and the couple was “properly married” in a church. During his time at Hardscrabble, he and his family made regular trips back to El Pueblo. Hardscrabble went bust by 1848, and Simpson moved his family to Pueblo.

In 1849, Simpson, Barclay, and Doyle built another adobe fort and trading post in New Mexico. However, Simpson was not there long, as the same year, he visited his home in St. Louis, Missouri. While traveling on a steamboat, a cholera outbreak occurred, and the dead were buried along the river banks. As the story goes, when George contracted the disease, he requested that his body be delivered to his father in St. Louis if he died. As he worsened, he was finally presumed dead, placed in a coffin, and packed with ice. However, crew members saw the ice move, and Simpson crawled out of the burial box, fully recovered.

Next, he was lured by gold and spent 1850 and 1852 in California before returning to Pueblo to be reunited with his family. Upon his return, he was attached to several military units in the Taos area as a guide. He also may have acted as an interpreter and hunter.

In 1857, he accompanied one unit as far north as the later site of Denver, and his stories about finding traces of gold in Cherry Creek were believed to have helped fuel the famous Pikes Peak gold Rush to the Rocky Mountains in the following years.

George and his wife Juana had another child named Marina Jennie Simpson on July 18, 1860.

At some point, Simpson claimed land and built a house in Huerfano County near Charles Autobees‘ ranch. Also living there was his old friend Joseph Doyle. After Colorado officially became a territory on February 28, 1861, the small settlement that had grown up around Autobees’ Ranch became the county seat. The location was chosen because the population comprised about seven or eight families living along the lower Huerfano River between Autobees’ and Doyle’s ranches, about 18 miles apart. The first election of officers occurred on December 2, 1861, when Charles Autobees and Joseph Doyle were made county commissioners, and George Simpson became the county clerk and recorder.

In 1865, George Simpson moved his family to Trinidad, Colorado, a young but growing town on the Santa Fe Trail. On February 9, 1866, Las Animas County was carved out of Huerfano County, and Trinidad became the county seat. George S. Simpson was appointed as the first county clerk and recorder. That year, “Uncle Dick” Wootton was improving the trail across Raton Pass, which would bring more people to Trinidad.

In October 1866, Ute warriors raided the Trinidad area as Simpson, and his daughter Isabel were out on the Plains. They fled to the closest high point, scaled the heights of a butte where they hid, and escaped discovery. Simpson then declared the rocky hill had saved his life and that he would like to be buried on its summit.

In Trinidad, George became a respected citizen, held various civil positions, wrote articles for the newspaper, and served on the school board. By the late 1860s, Simpson was driving stagecoaches over Raton Pass, and in the 1870 census, he was listed as a “book dealer.” In 1878, the Atchison, Topeka, and the Santa Fe Railroad built tracks into Trinidad and across the once-hazardous Raton Pass, bringing an end to the Santa Fe Trail. 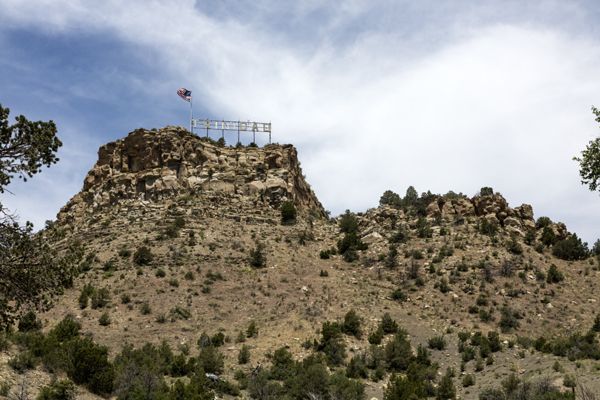 George Simpson died September 7, 1885, at the age of 67. Per his wishes, he was buried on the butte, where he had hidden from the Indians more than a decade before. The butte became known as Simpson’s Rest, a favorite overlook for area residents. A sign that reads “Trinidad” lights up on the hill every night. When his daughter, Marina Jennie Simpson Camp, died two years later, she was buried alongside her father.

After his death, his wife, Juana Suaso lived with her daughter, Isabel, in California, where she died in 1916 at 89.

Throughout his years as a trapper and trader, George Simpson was plagued by a lack of discipline, weak will, and alcohol dependency, which sometimes made him abusive. There were times when some considered him a “loafer.” However, over the years, Simpson was an adventurer, farmer, rancher, shopkeeper, civic leader, and poet, and by the time of his death, he had grown much since his days as a mountain man. 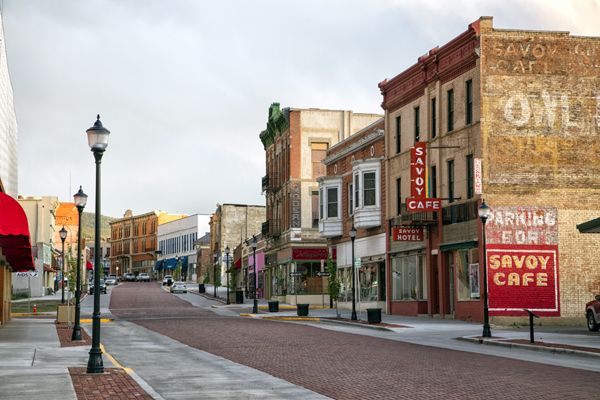