Alexander Barclay was a British adventurer who immigrated to America to pursue his dream of adventure. He was born in London, England, in about 1810, and when he was old enough, he trained as a maker and fitter of corsets.

In 1833, when he was 23 years old, he packed up his possessions and made his way to Toronto, Canada. After not being able to find work, he moved farther west, settling north of Lake Huron. There, he obtained 20 acres of land, which he began to clear.

When his cabin burned down and all of his worldly possessions were inside, he left and moved south to St. Louis, Missouri, in 1836. There, he found work as a bookkeeper for the Bent and St. Vrain Trading Company. Two years later, when he was 28 years old, he was sent west to Bent’s Fort on the Arkansas River in southeastern Colorado, where he worked as superintendent of stores and bookkeeper. He was also put in charge of the fort when the Bent brothers were traveling.

There he met many trappers and traders, including George Simpson, Robert Fisher, and Joseph Doyle. In 1842, these men, along with several others, established the El Pueblo Trading Post at the confluence of the Arkansas River and Fountain Creek about 70 miles upstream from Bents Fort. Alexander soon joined more traders at the trading post, including Francisco Conn, Mathew Kinkead, Joseph Mantz, and “Uncle Dick” Richens Wootton.

In about 1843, Barclay married Teresita Sandoval Suaso, who was previously the common-law wife of Matt Kinkead. But there must have been no hard feelings, as the following year, George Simpson, Joseph Doyle, and Alexander Barclay established a trading post at Hardscrabble, Colorado, just a few miles from where Kinkead had established a ranch. At the new trading post, located about 23 miles west of El Pueblo, Alexander and his wife settled down on a farm and ranch and operated a store. By that time, one of Teresita’s daughters had already married George S. Simpson, and another daughter would marry Joseph B. Doyle in 1844.

“…our wants are few, and as we witness no instance of ostentation and luxury in our neighbors, we have nothing to create envy; thus, we have only to repress occasional recollections of the superfluities of civilized life to be content with our own.” – Alexander Barclay.

In May 1846, the settlement of Hardscrabble received the news that the Mexican-American War had erupted. As they were settled within the confines of the Mexican Republic, they were warned that they should be on alert that the settlement might be a target of Mexican soldiers.

In October, Barclay left Hardscrabble and returned to El Pueblo, building another house and store.

In January 1847, he received word of the Taos Rebellion and murder of Charles Bent, and before long, Barclay was back in Hardscrabble. There, he and his comrades witnessed a huge battle between the Ute and the Arapaho. In the end, the Ute were victorious, and because some of the Mexicans at Hardscrabble had rooted for the Arapaho, the Ute demanded a victory feast. Afterward, the Ute left and never returned to Hardscrabble again.

In November 1847, the settlers heard that Mexico City had fallen to the Americans, and the war was over. Late that same month, Barclay sold out his property in El Pueblo.

In March 1848, Alexander Barclay and George S. Simpson traveled down the Mora River from Colorado to Watrous, New Mexico. Thomas Fitzpatrick, a well-known fur trader, had previously told Barclay and Joseph Doyle that the US Government would probably build a fort in the area to protect travelers on the Santa Fe Trail from marauding Indians.

Barclay and Doyle’s plan was to build a fort here and then sell it to the government for a profit. It was also a great location for a trading post that could supply Santa Fe travelers because it was near where the Cimarron Cutoff and the Mountain Branch merged. After seeing the property, Barclay quickly went to Santa Fe and bought a portion of the Scolly Land Grant.

On April 23, 1848, the largest caravan ever to cross the Raton Pass left Pueblo, Colorado, and headed south. With 18 armed men, the heavily loaded wagons, filled with household goods, food, and supplies, they made progress at a rate of about 7-10 miles per day and arrived at the foot of  Raton Pass on May 1. After leaving the women and children in Mora, New Mexico, the men arrived at the La Junta Valley and immediately began the work of establishing a “fort.”

Soon after, Charles Autobees came from Mora to supervise the construction of the adobe Fort Barclay. Before long, two irrigation ditches had been dug to water the 200 acres, and the construction was nearly complete. By September 4, the fort was sufficiently finished that Barclay brought his wife, Teresita Suaso, to her new home. On September 19, Doyle arrived with a blacksmith, and a few days later, he brought his wife down from Mora. The large, square enclosure, with high adobe walls and a heavy gate that could be locked, was used as a camping place for pioneers and wagon trains. Called Barclay’s Fort, it quickly became a very popular stopping point along the Santa Fe Trail. The fort bustled with trading activity daily, served as a stagecoach station, provided housing for men, shelter for animals, and its stockade furnished protection from Indian raids.

“Constant excitement and daring adventure … the reckless activity and thrilling interest of a border life… and the pursuit of free will, free trade, and free-thinking” — Alexander Barclay 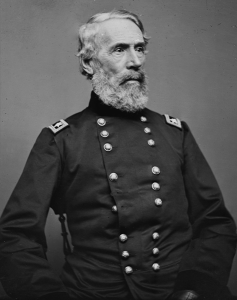 In 1850, Barclay tried to sell his fort to the Army, but they wouldn’t buy it. Instead, Lieutenant Colonel Edwin V. Sumner tried to order him off his land so the Army could build their fort there. In 1851, Sumner would also begin the work of establishing Fort Union about nine miles northwest of Watrous. Located near Alexander Barclay’s land, the Army again tried to order him off, but Barclay took the army to court, which dragged on for several years.

In 1853, Barclay traveled north to trade with the Indians and found they’d moved from where he thought they were. He suffered a significant financial loss. When he returned to the fort, he found that operations were out of control and the fort in bad repair. By the end of October, he was living at the fort by himself. He advertised the fort for sale in the Santa Fe newspapers but never had an inquiry.

In 1854, the post office at Fort Barkley closed, and it would be over a decade before another would open in nearby Watrous. Alexander soon grew very ill and died. He was buried at his “fort” in December 1855. After Barclay died, his wife Teresita, Joseph Doyle’s mother-in-law, lived with the Doyle family for the rest of her life, outliving her husband by 38 years.

Litigation with the army over the land dispute continued with Joseph Doyle, who finally won out. In 1856, Doyle sold the land and the fort to a German immigrant named William Kronig, who eventually built the Phoenix Ranch. The ranch, which still exists today, is all that is left of Barclay’s previous holdings. 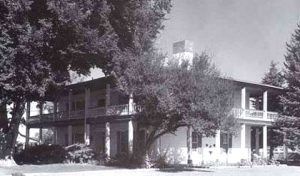