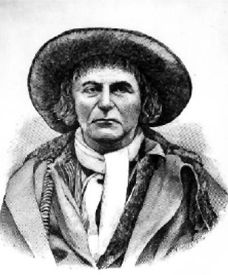 American frontiersman, mountain man, trapper, and guide Richens Lacy “Uncle Dick” Wootton was born in Mecklenburg County, Virginia, on May 6, 1816. At the age of 7, the family moved to Kentucky, where Richens stayed until he was 17. He then moved to Mississippi, where he worked on his uncle’s cotton plantation for two years before making his way to Independence, Missouri, in 1836.

He soon took a job working on a wagon train run by the Bent, St. Vrain & Co., which landed him at Bent’s Fort, near present-day La Junta, Colorado. The fort was the only major permanent white settlement between Missouri and the Mexican settlements on the  Santa Fe Trail. As such, it provided explorers, pioneers, and the U.S. Army with supplies, wagon repairs, livestock, food, water, and protection.

Shortly after he arrived at the fort, the Bent, St. Vrain & Co. sent him north with a party of about 13 men and wagon loads of goods to trade with the Sioux Indians. This met with his liking as, for the next several years, he became a mountain man, making his living as a trapper and trading among the Ute, Cheyenne, Sioux, Arapaho, and Comanche Indians and traveling all over the Rocky Mountains, as far west as Washington, and later southwest to California and Arizona.

However, by 1840, trapping had become less profitable, and Wootton then went back to work for Bent’s Fort as a hunter, scout, and freighter. During the Mexican-American War of 1846, he scouted for the U.S. Military. One of his primary duties at the fort was hunting game and buffalo to provide food for the fort; however, within a few short years, the buffalo herds began to dwindle dramatically, almost to extinction, when droves of men began to hunt them only for their hides.

Wootton then briefly operated a buffalo ranch near Pueblo, Colorado, where he raised both buffalo and cattle. Three years later, he drove the herd east, along the Santa Fe Trail, to Kansas City, where he sold them all for a good profit. 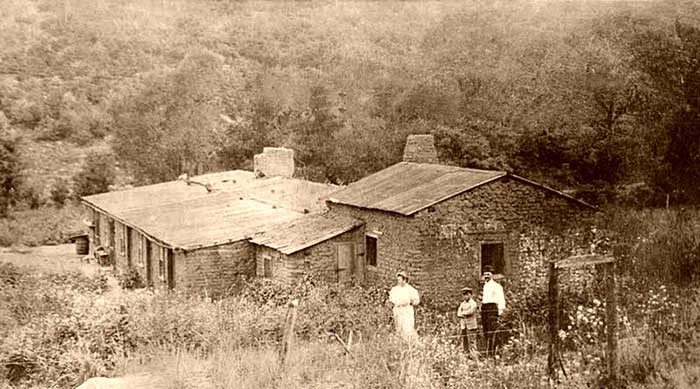 By 1865, Wootton had settled near Trinidad, Colorado and leased land from  Lucien Maxwell, owner of the  Maxwell Land Grant, and obtained franchises from the territorial legislatures of Colorado and New Mexico, to build a 27-mile toll road over Raton Pass in New Mexico.

Hiring Ute Indians to build the road, which required cutting down hillsides, blasting and removing rocks, building bridges, and grading the trail, they dramatically improved a tough stretch of the  Santa Fe Trail. He then erected a hotel and put up a tollgate in front of his home, charging $1.50 for one wagon or 25 cents for a horseman. However, Indians were always allowed to utilize the road free of charge. His home also acted as a Barlow and Sanderson stagecoach stop, where passengers could get a meal. 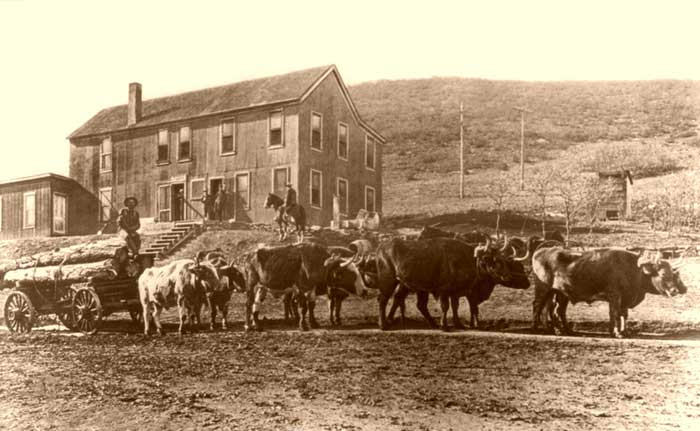 Ox team in Raton Mountains between Trinidad, Colorado and Raton, New Mexico, circa 1915.

The stage line also brought bandits to the road, who were often known to hold up the Express stages, with posse men hot on their trails. The hotel was a favorite stopping place for the freighting teams and an open house for youngsters from Trinidad and El Moro, who held dances there weekly.

In 1878, the Atchison, Topeka, and Santa Fe Railroad bought the right of way, paying him and his wife a lifetime pass and pension as part of the purchase price. The toll road operated until 1879, when at the age of 75, Wootton moved to Trinidad, Colorado, where he lived until he died in 1893. Over the years, he had married four times and sired 20 children. He outlived all but one of his wives and 17 of the 20 children.

After Dick’s death, his wife continued to be paid the pass and the pension, and in 1925, the Santa Fe Railroad doubled the payment. In 1930 it increased again to $75. After Mrs. Wooton’s death, an invalid daughter, Miss Fidelis, got $25 a month during her lifetime.

*Richens Lacy Wootton has also been written as Richard Lacey Wootton in some historical texts. A gravestone created after his death and attributed to him even says Richard; however, his name is Richens.

The Treacherous Raton Pass on the Santa Fe Trail