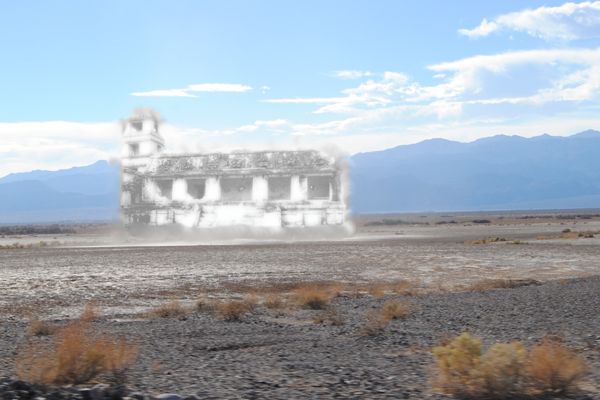 A land of extremes, Death Valley is one of the hottest, driest and lowest places on earth. With summer temperatures averaging well over 100 degrees and a long history of human suffering in the vast desert, the valley is aptly named. Or, so it would seem.

However, the people who have called Death Valley home since ancient times do not agree. These people are the Timbisha Shoshone Indians. The Shoshone tribe has lived in the Great Basin region, south and east of the Sierra Nevada mountain range, for more than a thousand years. Distributed widely — from Southern California, Death Valley, and Mono Lake, through Utah to Western Colorado, the Timbisha band have long made their home in Death Valley and continue to live there today.

According to an ancient Shoshone legend, Death Valley was not always the arid and heated place it is today. Rather, oral tradition says that the valley was beautiful and fertile. Natural springs were abundant and a large lake, surrounded by trees and lush vegetation, filled the lowest point. Settling around spring pools and meadows, they lived off the land by tending to corn, beans, squash, sunflowers, wildlife, and groves of mesquite trees cultivating the nutritious seed pods. They traveled to the mountains to hunt abundant game and gather pinon pine nuts. Their connection to the land was strong and remains so today.

In the early days of their history, the Timbisha people were ruled by a beautiful Queen. But she was vain, demanding, and longed for a mansion that would be larger and more beautiful than anything that her neighbors to the South — the Aztecs — had ever built. She soon ordered her people to build her a grand home and forced them to transport marble, stone, quartz, and timber to the building site to construct the palace.

In the beginning, the people worked hard to please her, dragging and hauling the stones and logs over long distances, considering it their duty to make her dreams come true. They did not complain because royalty was sacred. However, as the years passed the Queen began to fear that she would die before the palace was completed and became more and more demanding, even insisting that her own family work along with the rest of her people. Gradually, the Timbisha became a tribe of slaves and the Queen began to lash their naked backs if they slowed down during the noonday heat. On one occasion she even flogged her daughter when she thought the girl was working too slowly. At being hit, the princess dropped her load of stone and turned to her mother, cursing her and her kingdom. She then sank to the ground, overcome by heat and exhaustion, and died.

It was only then that the Queen realized how far her greed and obsession had taken her. She had replaced a culture rich in family values and love of nature and the land itself with slavery. In her greed, she had tossed away the people and lifestyle she most loved. But her regret and insight were too late. Soon, nature and the land itself began to turn on her, punishing her for her wickedness and shortsightedness. The sun increased its heat and brightness causing the vegetation to wither, the streams and lakes to dry up, and the animals to flee.

The once fertile valley was soon a barren, dry, and extremely hot desert. Many of her people died of starvation and those who didn’t fled. Only the Queen and her half-finished palace remained when she was struck ill with fever. With no one to soothe or care for her, she died alone in her empty, half-finished home. Shoshone legend has long said that glimpses of her half-finished palace can still sometimes be seen in the desert heat — seemingly lifting into view or as a shifting mirage along the horizon. 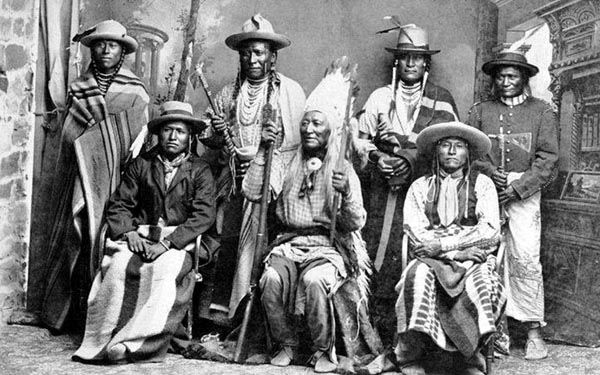 With this legend, the Shoshone explain the origins of Death Valley, which they have long called “Ground Afire.” But when a group of gold-seeking forty-niners blundered into the area, they renamed it “Death Valley.”  For years it was believed that no human being could cross that desert and live because horses or other livestock would sink to their knees in drifts of soda dust; there was no water, and the heat is devastating. Animals that die in the valley mummify, but do not decay, and it is surmised that the remains of many an ignorant prospector lie bleached beneath the plain. On the east side of Dead Mountain are points of whitened rock that at a distance look like sheeted figures, and these, the Indians say, are the ghosts of their brethren.

The Shoshone were devastated to learn that early pioneers misunderstood their homeland enough to name it “Death Valley.” To those who had lived in the area for more than a thousand years, the valley had provided everything they needed for survival, comfort, and contentment.

Their simple Brush homes or dome-shaped Wikiups made perfect desert dwellings, allowing breezes to filter in through the arrow weed walls. There were plants, springs and many kinds of wildlife from bighorn sheep to rabbits and lizards. The People ranged over the land in a seasonal pattern to harvest the fruits, seeds, and plants. Pinon pine nuts and mesquite beans were major parts of their diet. Men made bows and arrows and hunted, while women collected plants and made baskets, some of which were so intricately coiled that they could hold water. 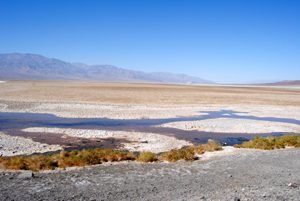