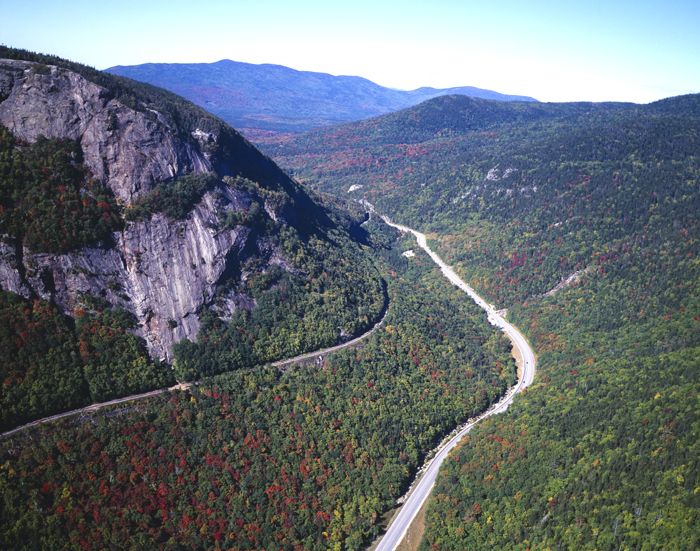 “America needs her forests and her wild spaces quite as much as her cities and her settled places.” — Benton MacKaye, Appalachian Trail visionary

The Appalachian National Scenic Trail is a 2,185-mile long public footpath that traverses the scenic, wooded, pastoral, wild, and culturally and historically significant lands of the Appalachian Mountains. America’s most beloved recreational footpath makes its way from its northern terminus at Mount Katahdin in Maine to its southern terminus at Springer Mountain in Georgia through the states of Connecticut, Maryland, Massachusetts, North Carolina, New Hampshire, New Jersey, New York, Pennsylvania, Tennessee, Virginia, Vermont, and West Virginia. 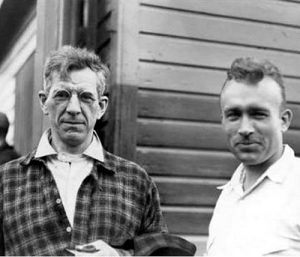 The Appalachian Trail, commonly referred to as the A.T., was the vision of a Massachusetts regional planner and forester Benton MacKaye, who outlined his plan for a trail along the Appalachian Mountains in 1921. He envisioned a trail as a means to preserve the Appalachian crests and to provide a retreat from increasingly industrialized modern life.

MacKaye was also concerned about the loss of habitat and wildlife, diminishing recreational opportunities, and the deteriorating environmental health of the eastern United States. He envisioned more than a mere footpath, but rather a system of protected land dotted with mountaintop lodges where easterners could reacquaint themselves with nature in their own backyards.

MacKaye organized and convened the first conference of Appalachian Trail enthusiasts in Washington, D.C., in 1925. The assembled gathering of hikers, foresters, and public officials embraced his vision of creating a primitive trail experience in proximity to the urban centers of the eastern United States. They began by creating the organization that later became the Appalachian Trail Conservancy. The Trail was designed, constructed, and maintained in the 1920s and 1930s by volunteer hiking clubs. 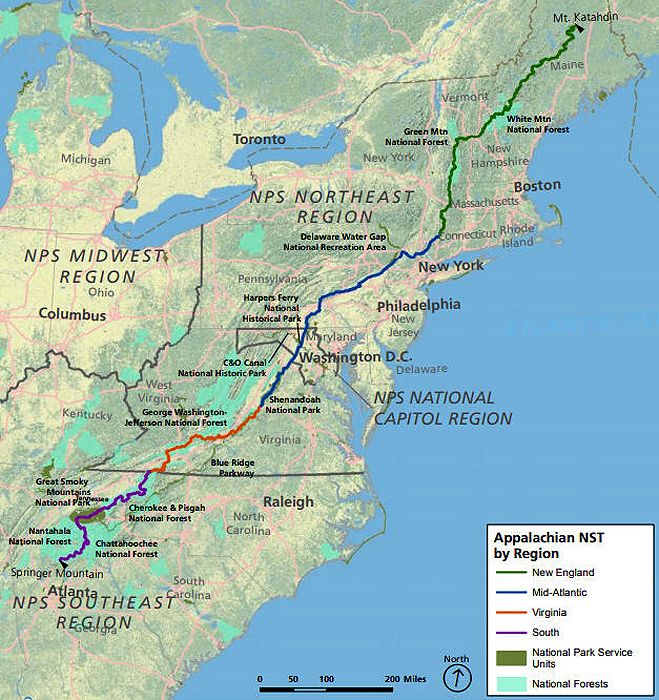 The first section of the trail was constructed in Harriman and Bear Mountain State Parks in New York, in 1923. Under the guidance of Appalachian Trail Conservancy chairman Myron Avery, thousands of volunteers constructed the Appalachian Trail throughout the 1920s and 1930s. By 1937 a continuous footpath from Maine to Georgia was completed. During the 1930s and 1940s, the Civilian Conservation Corps, part of the Depression-era jobs program, built much of the original infrastructure along the trail, including rock walls, steps, cabins and shelters, and fire towers. 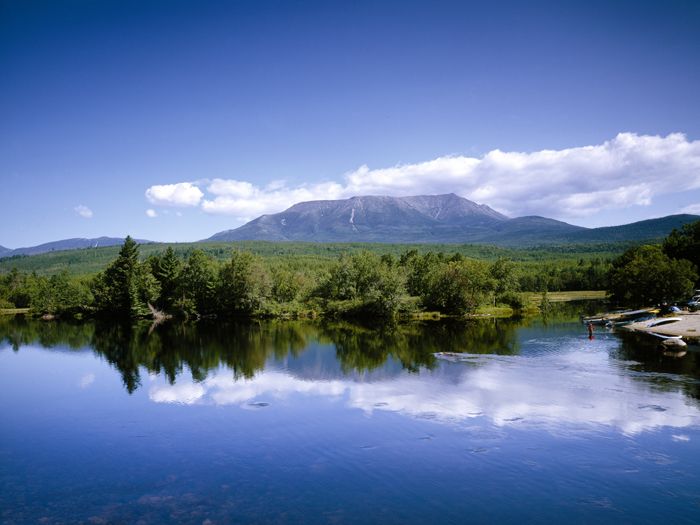 The trail follows the spine of the Appalachian Mountains, passing through 14 states and six national parks, eight national forests, two national wildlife refuges, 67 state-owned land areas, and more than a dozen local municipal watershed properties. The Appalachian Trail’s protected corridor, a swath of land averaging about 1,000 feet in width, encompasses more than 250,000 acres, making it one of the largest units of the National Park System in the eastern United States. 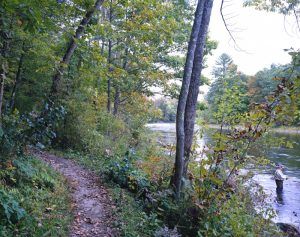 Fisherman on the Housatonic River, Appalachian Trail by Carol Highsmith

The Trail offers opportunities for scenic enjoyment, ranging from the subtle beauty of a trillium flower to tranquil ponds and streams to the grand view of mighty Katahdin, the highest mountain in Maine. The trail threads through a diverse array of habitats, such as subalpine forests, open balds, rocky outcrops, meadows, and wetlands, providing a haven for abundant flora and fauna, including rare, threatened, and endangered species.

The lands along the Appalachian National Scenic Trail are also rich in history and include the stories of people — American Indians, pioneers, settlers, farmers, as well as early trailblazers and trail advocates.

There are also a wealth of historic sites that feature structures, battlefields, industries, historic monuments, and archaeological sites that predate the establishment of the trail. For example, Pilgrim’s Rest Spring in Pennsylvania was used extensively by American Indians, missionaries, government officials, and settlers dating back to before the 18th century. Also, the first monument to General George Washington — a stone tower built by the people of Boonsboro, Maryland, in 1827 — is located along the trail in Washington Monument State Park in Maryland. 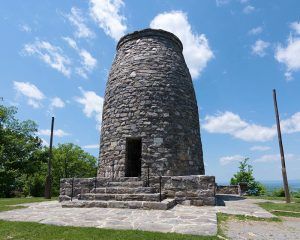 Hikers pass by many quarries, kilns, furnace sites, and mines that demonstrate how natural resources were used to fuel industrial growth during the 18th and 19th centuries. Pine Grove Furnace in Cumberland County, Pennsylvania, is one example of an early industrial historic structure located along the trail. Now located within a state park, the Pine Grove Furnace is a stone structure that produced iron products, including cast-iron pots and kettles and wrought-iron goods, for more than 130 years. The history of the furnace is interpreted for hikers via wayside exhibits.

Civil War soldiers journeyed up and down the Appalachian Mountains during the bloodiest four years the nation has ever known. The Civil War Battle of South Mountain in Maryland took place on land that is now protected within the Appalachian Trail corridor. The Confederate capture of Union troops at Harpers Ferry, West Virginia, as well as the Confederate defeat and retreat after Antietam, Maryland also took place on lands now within the trail corridor. All in all, the trail includes 26 features currently listed on the National Register of Historic Places and eight Historic Districts. 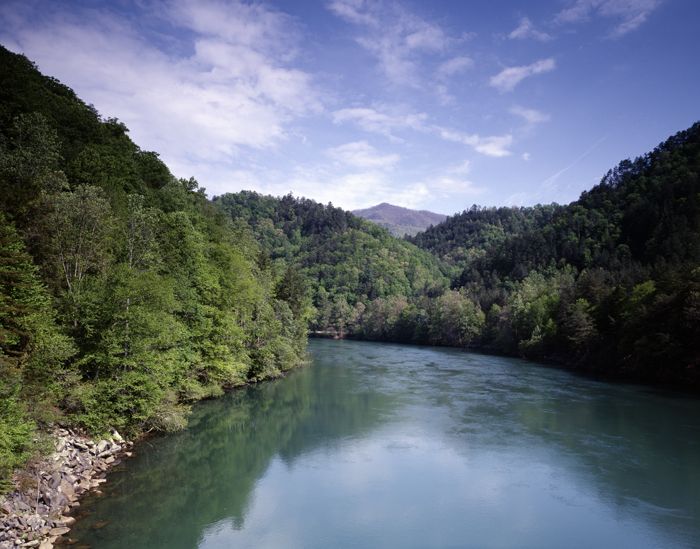 However, like many national parks that were established mainly for natural resource protection or recreational opportunities, cultural resource protection along the Appalachian Trail is limited. Appalachian Trail Managers have made a conscious decision to limit the number of historical markers and interpretive waysides near cultural resources along the trail in order to avoid signage clutter, to respect wilderness-area designation, and for fear that such attention would lead to vandalism and artifact hunting, which are already issues along certain sections of the trail.

The Appalachian Trail was recognized by the United States Congress in 1968 with the passage of the National Trails System Act, which established the AT as one of the first National Scenic Trails in the country. The 1968 Act gave the National Park Service (in consultation with the US Forest Service) the official authority to administer the Trail. The Act was amended in 1978 to provide additional resources for the acquisition of land to protect and preserve the Appalachian Trail corridor. The National Trails System Act also highlights the critical importance of volunteers to the establishment and ongoing protection of the Appalachian Trail and other national scenic trails, and aims to “encourage and assist volunteer citizen involvement in the planning, development, maintenance, and management.” 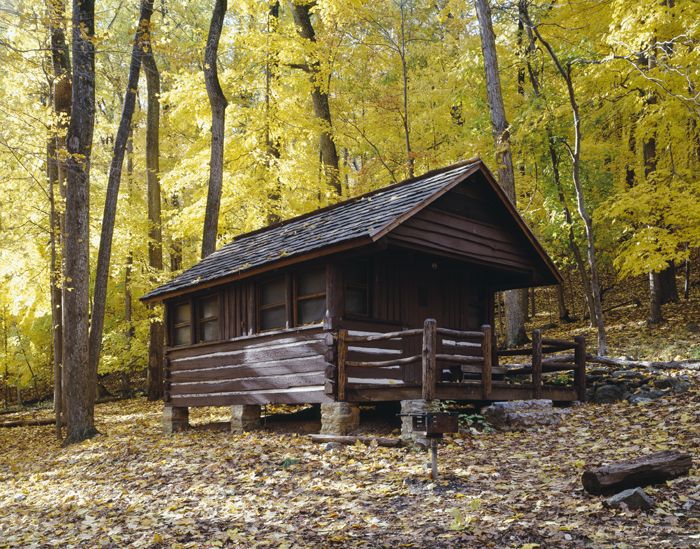 Shelter Along the Appalachian Trail by Carol Highsmith.

Today, the Appalachian Trail has become one of the best-known and most beloved long-distance hiking trails in the world.

It provides solitude, quiet, and a wilderness-like experience that is accessible to millions of residents and visitors on the Eastern Seaboard. Those living in cities such as Boston, New York, Philadelphia, Baltimore, Washington, D.C., and Atlanta are within a few hours’ drive of trailheads. Each year, approximately three million hikers walk some portion of the trail, whether it be a mile, the entire length, or something in between. Some 2.5 million visitors utilize the Appalachian Trail each year.

In general, the Appalachian Trail is open year-round. However, the northern terminus at Mount Katahdin in Maine may be closed in winter months, depending on weather conditions. Additionally, some sections of the Trail and less-developed roads accessing the Trail may be closed temporarily for a number of reasons, but otherwise, the trail is open.

The Appalachian Trail Conservancy, based in Harpers Ferry, West Virginia, provides a visitors’ center for the trail. 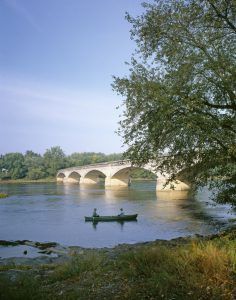