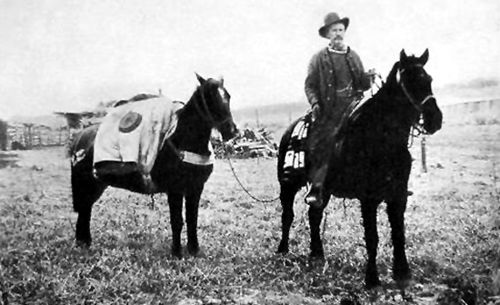 “The risks he ran, the deadly situations through which his extraordinary nerve took him safely, his resourcefulness, his loyalty, and above all his cold-blooded bravery, always made men remember this picturesque, modest figure of the American frontier.”
— John Hays Hammond

Charles Angelo Siringo was one of the most famous detectives of the Pinkerton National Detective Agency, served as a lawman for many years, and became an author. Born on February 7, 1855, in Matagorda County, Texas, to an Irish immigrant mother and an Italian immigrant father, he attended public school until he was 15 when he started working as a cowboy at area ranches.

Working for several Texas ranches over the next several years, he became a trail driver in 1876, accompanying a herd of 2,500 Longhorns over the Chisholm Trail from Austin to Kansas. He made a second trip in the spring of 1877, following the trail’s western branch.

Siringo was in Dodge City, Kansas, when an altercation almost erupted between gunfighter Clay Allison and Dodge City Assistant Marshal Wyatt Earp. After Allison died in 1887, Earp would claim that he and Bat Masterson had forced Allison to back down from an impending confrontation. Siringo later gave a written account of the incident, which contradicted Earp’s claim, stating that Earp never came into contact with Allison and that two businessmen in Dodge City actually defused the situation. Siringo’s account was also verified by other witnesses of the time.

In Dodge City, he signed on with David T. Beals and W. H. “Deacon” Bates to drive a herd into the Panhandle, where they establish the LX Ranch. For the next several years, he worked as an LX cowboy, where he met a young man named Henry McCarty, aka Billy the Kid, and later he would lead a posse in New Mexico in an attempt to capture the Kid and his gang.

In 1884 Siringo married Mamie Lloyd and, after having been a cowboy for more than two decades, changed careers, opening a store in Caldwell, Kansas. That same year, he also began writing a book entitled “A Texas Cowboy; Or Fifteen Years on the Hurricane Deck of a Spanish Pony.”  It was published a year later to wide acclaim and became one of the first true accounts of cowboy life during the days of the Old West.

Bored with being a merchant, Siringo moved to Chicago, Illinois, in 1886, applying for a job with the Pinkerton Detective Agency. Using Pat Garrett’s name as a reference, he got the position and worked all over the West for the next 22 years as a successful cowboy detective. Traveling as far north as Alaska and as far south as Mexico City, he often worked undercover, infiltrating gangs of robbers and rustlers and making hundreds of arrests.

In 1890 Siringo’s wife died, leaving him a widower with a five-year-old daughter. Three years later, Siringo met and married Lillie Thomas of Denver, Colorado, and the two had a son in 1896. However, shortly afterward, the two divorced. 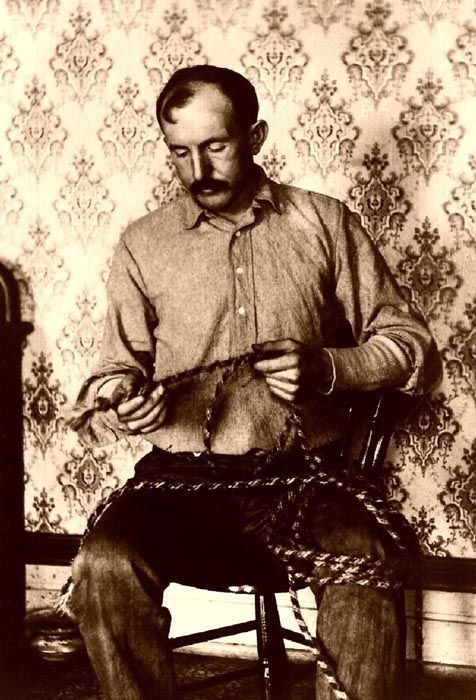 By the early 1890s, Siringo was working out of Pinkerton’s Denver office, working with noted Pinkerton agent, gunman, and later assassin, Tom Horn. Though he greatly admired Horn’s talents and skills in tracking down suspects, he would later reflect that Horn had a dark side.

In 1892, Siringo was assigned to a case in Idaho, where he worked undercover to get information against corrupt labor union officials. Though he despised the labor union officials, he stood against a lynch mob to protect union attorney Clarence Darrow from being hanged.

In the late 1890s, posing as “Charles L. Carter,” an alleged gunman on the run for murder, he infiltrated Butch Cassidy’s, Wild Bunch. He severely hampered their operations for over a year but made few arrests.

After the Wild Bunch committed the 1899 Wilcox Train Robbery in Wyoming, he was assigned to capture them. He continued to work closely with Tom Horn on the assignment, though Horn was actually working for a cattle company at the time. Several members of the Wild Bunch were captured due to his efforts, including Kid Curry, who would escape only to be killed by a shootout with Colorado lawmen. During this time, Siringo met lawman Joe Lefors, who would later arrest Tom Horn for murder. Later, he would say of Lefors that the man was incompetent and greatly despised him. In the meantime, Butch Cassidy and the Sundance Kid fled to Bolivia, where they were later allegedly killed by Bolivian soldiers during a robbery attempt.

After 22 years of successfully capturing hundreds of outlaws, Siringo retired from the Pinkerton Agency in 1907. During his career with the Pinkertons, Siringo participated in several other celebrated cases, including the Haymarket anarchist trial, the Coeur d’Alene miners’ strikes, and the trial of Western Federation of Miners Secretary “Big Bill” Haywood. He had been charged with the dynamite murder of former Idaho governor Frank Steunenburg. Although Siringo was a fine shot, most arrests were made without violence.

He moved to a ranch in Santa Fe, New Mexico, where he began to write a second book detailing his experiences as a Pinkerton detective, entitled “Pinkerton’s Cowboy Detective.”  When it was complete, publication of the book was held up by the Pinkerton Agency, who felt it violated a confidentiality agreement signed by Siringo when he was hired and objected to the use of their name. Siringo gave in and deleted their name from the book title, instead writing two separate books, “A Cowboy Detective” and “Further Adventures of a Cowboy Detective,” with fictitious names replacing real ones. 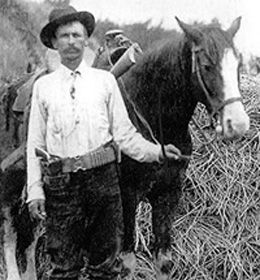 To vent his anger against the Pinkertons, Siringo wrote and clandestinely published a third book, “Two Evil Isms, Pinkertonism and Anarchism,” in 1915. Again, the Pinkerton Agency blocked publication and, this time, attempted to have Siringo prosecuted for libel, asking that he be extradited from his ranch in Santa Fe, New Mexico, to Chicago. However, the New Mexico governor denied the extradition request.

In 1916, Siringo began working as a New Mexico Ranger, where his main task was to capture the numerous rustlers operating in the southeastern part of the state. After two years, he resigned when his ranch and his health began to fail. In 1919 he published “A Lone Star Cowboy,” which he said was to take the place of “A Texas Cowboy,” on which the copyright had expired. This was followed by the History of “Billy the Kid” in 1920. However, his health continued to fail, and coupled with financial difficulties, forced him to abandon his ranch and leave Santa Fe in 1922. 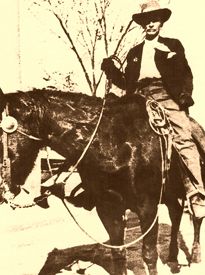 He then moved to Los Angeles, California, where he became a minor celebrity due to his well-publicized exploits. While there, he sometimes worked as a film advisor on western film sets and even took an occasional bit part. In 1927 he released his final book, “Riata and Spurs,” a composite of his first two autobiographies. However, when the Pinkerton Agency intervened again to halt publication, the book became a whittled-down version with many fictional accounts rather than the true accounts Siringo had envisioned. 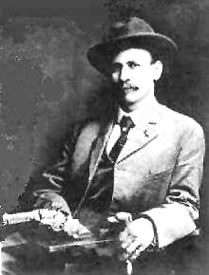