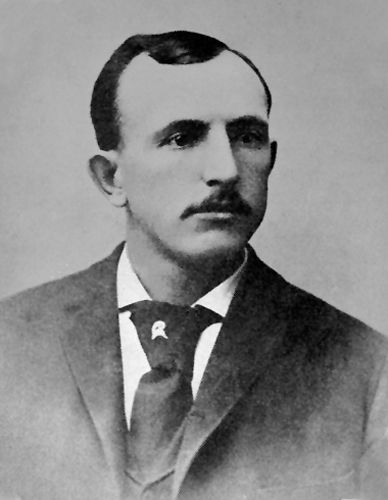 Tom Horn was a scout, cowboy, soldier, range detective, and Pinkerton agent before he turned to work as a hired killer in Wyoming.

Thomas “Tom” Horn, Jr., was born near Memphis, Missouri, on November 21, 1860, to Thomas Horn, Sr. and Mary Ann Maricha Miller Horn on their family farm. Though he was the fifth of 12 children, he is said to have had little companionship as a child and was severely abused by his father. He ran away when he was just 14 years old, first making his way to Santa Fe, New Mexico, and then to Arizona.

While little is known about this period in Horn’s life, by the time he was 15, he was an army scout and became involved in many Indian campaigns, including Geronimo’s surrender in 1886. During these years, he learned Spanish. Horn would later write that he had played a significant role in the surrender of Geronimo. Many historians doubt that, and actual accounts of that day indicate that Tom was there solely as a Spanish-to-English interpreter. 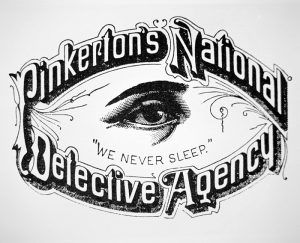 After the surrender of Geronimo, Horn was discharged as a scout and reportedly mined for a while in Aravaipa, Arizona. Again, other than his autobiography, little is known about this period of his life. We know he was somehow involved with the Pleasant Valley War between Arizona cattlemen and sheepmen, but we do not have a clear picture of which side.

We also know he was an excellent roper in addition to his shooting skills. He won a steer-roping contest in Globe, Arizona, in July 1888 and participated in a Phoenix contest in about 1890, setting a record time of 49.5 seconds.

It was during this period he gained an interest in law enforcement. In 1890, after proving himself during a short stint as a deputy sheriff in Arizona, Horn joined the Pinkerton Agency as a roving gunman. Using his gun with lethal effectiveness, Horn tracked down dozens of outlaws, reputedly killing 17 men. He was pressured to resign by the agency, even though he was respected as a tracker, reportedly to prevent bad publicity. Horn then decided to go it alone as a cattle detective, turning up in Wyoming in 1894, working for the beef barons.

Horn denied killing anyone for the Pinkertons, although he offered the same lethal services to the cattlemen, who were engulfed in what is known as the Johnson County War. As a “Stock Detective,” for each cattle rustler he shot, he charged $500-$600 and quickly proved to be a methodical manhunter and ruthless killer.

“Killing men is my specialty. I look at it as a business proposition, and I think I have a corner on the market.”

Changing tracks in 1898, he headed to Tampa, Florida, and was hired as a packer during the Spanish American War. That was in April, but accounts show he was discharged by September due to contracting Malaria. On the mend, Horn returned to Wyoming and returned to his dealings as a “gun for hire.”  Records show that he was hired to stop cattle rustling in Brown’s Hole, Colorado, in 1900, when he was going by the name James Hicks. He would boast in a letter, “I stopped cow stealing in one summer,” after he killed two area ranchers and scared the rest of the rustlers out of the area.

In 1901, he was again a stock detective in Wyoming, but this would be his last stint. In mid-July, William Nickell, the 14-year-old son of a sheep rancher, was ambushed and killed in the Iron Mountain region, allegedly due to a mistaken identity, as the bullet was meant for his father. About a week later, the boy’s father, Kels Nickell, was shot in the arm and hip during another ambush. 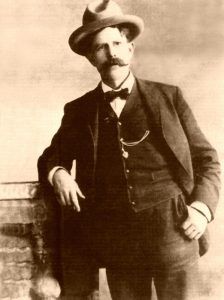 U.S. Deputy Marshal Joe LeFors suspected Horn’s involvement. LeFors, wanting to gain a confession out of Horn, pretended to need someone to take on a rustler clean-up job in Montana. During this famous interview, Horn admitted to Nickell’s shootings, unaware that a court reporter was concealed and taking notes. Ultimately, it would be his undoing.

Although Horn complained at his trial that he was drunk during the interview, he would be found guilty on October 23, 1902, with the Wyoming State Supreme Court denying him a new trial. He was sentenced to hang, which was carried out in Cheyenne, Wyoming, on November 20, 1903. Tom Horn was buried in Boulder, Colorado, at the Columbia Cemetery in early December 1903.

While waiting for his execution, Horn wrote his autobiography “Life of Tom Horn Written by Himself: A Vindication,” published in 1904. His tales of getting Geronimo to surrender, as well as other embellishments of his killing career, would garner him national fame as well as critical analyses over the years.

In addition to accusations of an unfair trial, much of the continuing controversy was based on the book’s statements and authorship. It is alleged that the book was actually the work of Hattie Horner Louthan and that a written copy by her had been found in Denver, Colorado. 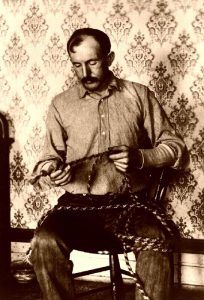 Regardless, Tom Horn was etched into Old West history, immortalized in at least two motion pictures and a made-for-TV movie.

In September 1993, a mock trial in Wyoming found Horn innocent, pointing to the fact that the original prosecution had only an alcohol-induced confession, no witnesses, and weak evidence.

Horn was said to have committed 17 killings as a hired gunman during his lifetime.

Geronimo – The Last Apache Hold Out