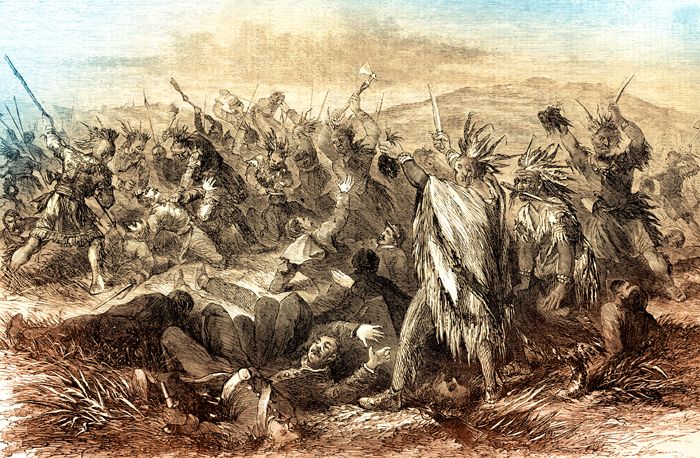 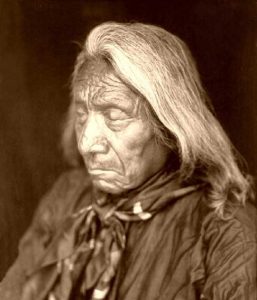 Red Cloud’s War, also referred to as the Bozeman War or the Powder River War, was an armed conflict between the Lakota Sioux, Northern Cheyenne, and Northern Arapaho tribes against the U.S. Army. It was fought in Wyoming and Montana territories from 1866 to 1868.

The discovery of gold in western Montana in 1862 around Grasshopper Creek, near present-day Deer Lodge, Montana, brought hundreds of miners and prospectors into the region. Nearly all of these fortune seekers had come up the Platte Road, the northern fork of the old Oregon-California Trail, and moved into Montana from the west. Others worked their way up the Missouri River as far as Fort Benton, then came down into the goldfields from the northeast. In 1863, two entrepreneurs, John Bozeman, a Georgian who had arrived on the frontier only two years earlier, and John Jacobs, a veteran mountain man, blazed a trail from the goldfields to link up with the Platte Road west of Fort Laramie.

This route cut through Bozeman Pass east of Virginia City, Montana, crossed the Yellowstone and Bighorn Rivers, ran south along the east side of the Bighorn Mountains, crossed the Tongue and Powder Rivers, then ran south through the Powder River country to join the Platte Road about eighty miles west of Fort Laramie. It reduced by nearly 400 miles the distance required by other routes to reach the goldfields. 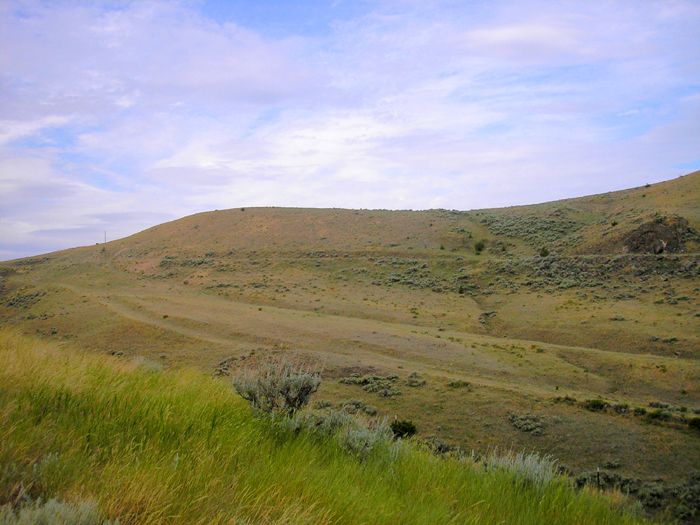 Travelers along the Bozeman Trail soon faced fierce attack by hostile Indians. Under the terms of the Fort Laramie Treaty of 1851, the U.S. government had set aside the Powder River country, through which the Bozeman Trail ran, as Oglala and Brulé Sioux, Arapaho, and Cheyenne hunting land. Thus, these tribes objected to the intruders and attempted to turn their wagons and herds back. In 1865, responding to the settlers’ demands for protection, the U.S. Army sent a column under General Patrick E. Connor to the region. Connor constructed a stockade, Fort Reno, Wyoming, 169 miles north of Fort Laramie at the forks of the Powder River, but his attempt to subdue the tribes failed.

In June 1866, while many of the Powder River chiefs were at Fort Laramie negotiating yet another treaty, Colonel Henry B. Carrington led the 2d Battalion, 18th Infantry, up the Bozeman Trail. Leaving one company at Fort Reno, Carrington proceeded 67 miles to the forks of Piney Creek, near present-day Banner, Wyoming, where he established  Fort Phil Kearny. In July, Carrington detached two companies under Captain Nathaniel C. Kenney to move further up the Bozeman Trail to build a third fort, C. F. Smith, 91 miles north of Phil Kearny, near present-day Yellowtail, Montana. The Indians would contest the establishment of this trail for the next two years. 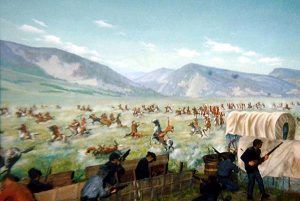 The war resulted in several battles, including the Fetterman Massacre and the Wagon Box Fight in Wyoming, and the Hayfield Fight in Montana.