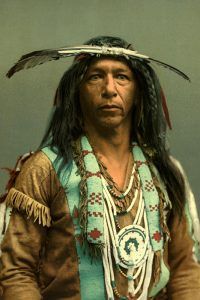 The Peno Creek attack occurred in December 1866, in northeast Wyoming. This battle was fought during Red Cloud’s War as the Sioux tried to stop the invasion of their lands from travelers and settlers moving along the Bozeman Trail. However, the battle was a part of Mullan Road War and was fought between Ojibwa warriors and U.S. soldiers.

During this bloody year along the Bozeman Trail, the warring tribes often made attacks on soldiers who were away from Fort Phil Kearny on wood-cutting details. After one such assault, which occurred about four miles from Fort Phil Kearny, post commander Colonel Henry B. Carrington led 25 soldiers under Lieutenant George W. Grummond north of Lodge Trail Ridge and sent Captain William J. Fetterman and Lieutenant Horatio S. Bingham with another group northwest toward the wood wagons. The plan was for Fetterman to drive the Indians from the west side of Lodge Trail Ridge towards Carrington and his men, who would attack them.

However, something with wrong with the plan. When Lieutenant Bingham and some of the troops were riding ahead of the rest of their group, they spied a few Indians along Peno Creek and rode after them, only to be ambushed by a larger group of warriors. Captain Fetterman arrived just as many of the soldiers were fleeing. Carrington and Fetterman pulled back to the fort. In the battle, Lieutenant Bingham, two sergeants, and four privates were wounded. An estimated ten Indians were killed.

This battle was a prelude to the Fetterman Massacre.