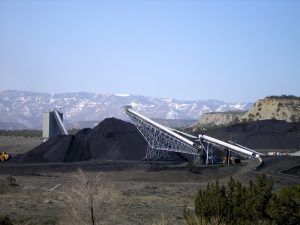 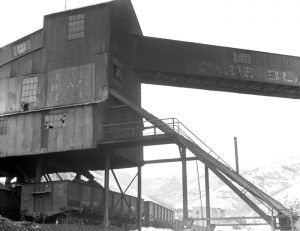 Blue Blaze Mine in Consumers, Utah by Dorthea Lange, 1936

Situated south and east of the Wasatch Plateau and west of the Book Cliffs, Carbon County’s history dates back thousands of years to when the Fremont Indians lived extensively throughout the area, leaving behind numerous rock art panels. Before these ancient natives called it home, the land was roamed by dinosaurs, the footprints of which have been found in many of the area coal mines.

The first white settlers were the Mormons, who began to cross the Wasatch Plateau, building numerous small communities all along the Price River in the late 1870s. The initial roads into the region included paths off the Old Spanish Trail, the Nine Mile Canyon freight road from Price to the Uinta Basin, and a route over Soldier Summit, were utilized by the early farmers and ranchers for transporting goods and supplies.

The name Carbon County appropriately suggests the importance of carbon products to the economy and history of this area. The first commercial development of coal occurred in this vicinity in the 1870’s. 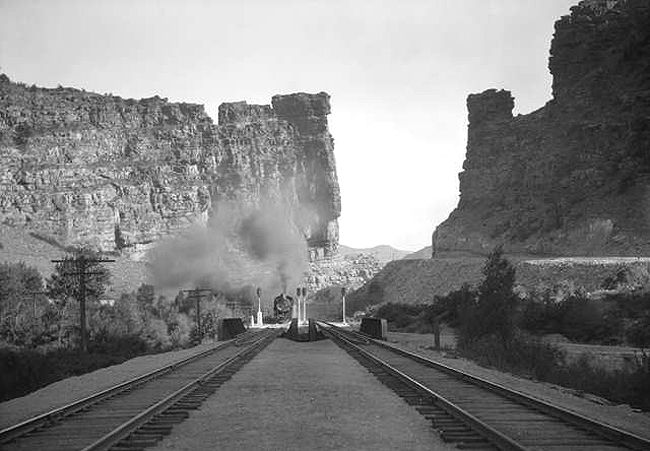 However, it was in the early 1880s when the Denver & Rio Grande Western Railroad began to seek a route from Denver, Colorado to Salt Lake City that the area really began to be populated. As the railroad opened up the area, they discovered coal and mining further developed the area as numerous coal companies moved in, often building and running many of the mining camps. Within no time, the mining camps were populated with immigrants from all over the world, so much so that Helper became known as the town of “57 Varieties” due to its ethnic diversity.

Though the new mines brought people and prosperity to the region, it also brought tragedy and violence in mining explosions and major strikes. However, coal mining continues to play a vital role in county’s economy.

Particularly during World War II, coal from Carbon County placed Utah among the leading coke and coal producers of America with vast reserves still to be developed. In addition, oil shale and tar sands offer a rich potential as a source of petroleum. 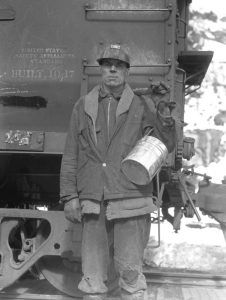 Many of these old towns are located on two roads:

Consumers Road – Just south of Helper, Utah, Consumers Road (UT-290/139) heads west off of US-6/191 into the mountains to the old mining camp sites of Coal City, National, Consumers, and Sweet. Though a few old buildings can still be seen along this vintage path, active coal mining still exists, which has taken its toll on many of the remains of these once thriving mining camps. Most of these old towns provide only a view of a few old foundations.

Spring Canyon Road – Due west of Helper, Utah is Spring Canyon Road, where numerous coal mining camps once stood. Today, this old road still displays many remnants of those more prosperous times including the ghost towns of Standardville, Rains, Peerless, Mutual, Latuda and Storrs. Traveling this vintage path, it is difficult to know where one townsite began and another ended, as remnants and crumbling buildings dot the road for miles and numerous foundations and mining remains poke up from the hills.