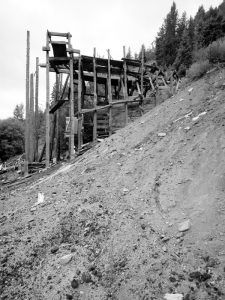 Located about a half-mile northwest of Rains, Utah, in Spring Canyon, the Mutual coal mine was opened in February 1921. The Mutual Coal Company developed it. The land was acquired by a state and government lease and from lands formerly leased by the Carbon Fuel Company and the Morton Coal Company. The company was formed by a group of Salt Lake City businessmen. The president and general manager was W. H. Homer, Jr., and the mine superintendent was Albert Shaw. By November, the mine had already produced 63,076 tons of coal.

During the early to mid-1920s, the Mutual Coal Company developed three more mines located nearby on both sides of the canyon. Located so close to Rains, Mutual’s population utilized the Rains school and post office but built several houses to serve the miners. Unlike most mining camps of the era, the Mutual Store was independently owned and operated by John Columbo. The two-story stone building became the focal point of community activity with an amusement hall on the second floor. This space served several uses, including a union hall, movie theater, dance floor, and boxing arena. It also had a pool hall, saloon, and a doctor’s office. The building served both the residents of both Mutual and nearby Rains.

The output from the mine began to fall dramatically with the onset of the Great Depression. Only 127,791 tons of coal were produced between January 1, 1929, and June 30, 1930. In addition to the sagging national economy, labor problems contributed to decreased production. Disgruntled Mutual miners went on strike against the company three times in 1933. The strikes resulted from legitimate grievances against the company and a fight for dominance between the United Mine Workers of America and the National Miners Union. 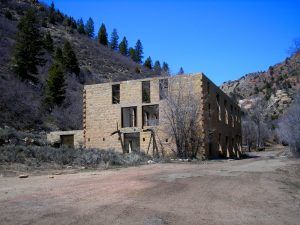 Although labor problems gradually subsided at the mine, production decreased. The Mutual Coal Company ceased operations in 1938, but several smaller operations were established in the immediate vicinity during and after World War II. From 1921 to 1931, the Mutual Mine produced more than 1.5 million tons of coal, rated one of the best domestic coal in the territory. Its mining operations were taken over by the adjacent Carbon Fuel Company, which extended its own underground workings into the Mutual mine.

Other mining companies also moved into the area. The first was the Day Mine or Day-Mutual Mine, established by Wayne Day of Rains, Utah, in about 1940. It was located on the steep southwest slope of the Burnt Tree Fork of Spring Canyon, directly across from Mutual. Another operation that began was that of the Western Coal Mining Company organized by George Schultz, former mine superintendent at the Liberty Mine in Latuda. Operations started here between 1944 and 1946 and continued through the 1950s and mid-1960s. 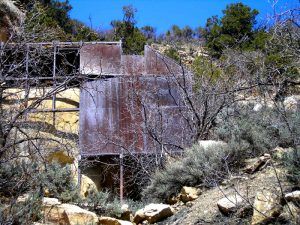 The Mutual Store remained in business until 1954, at which time the mining activity had greatly decreased, and miners could commute from Helper or Price. The Western Mine was the last to close in the area.

Today, numerous mining remains dot the end of the Spring Canyon, and the old walls of the Mutual Store still stand amongst corrals and ranching paraphernalia.