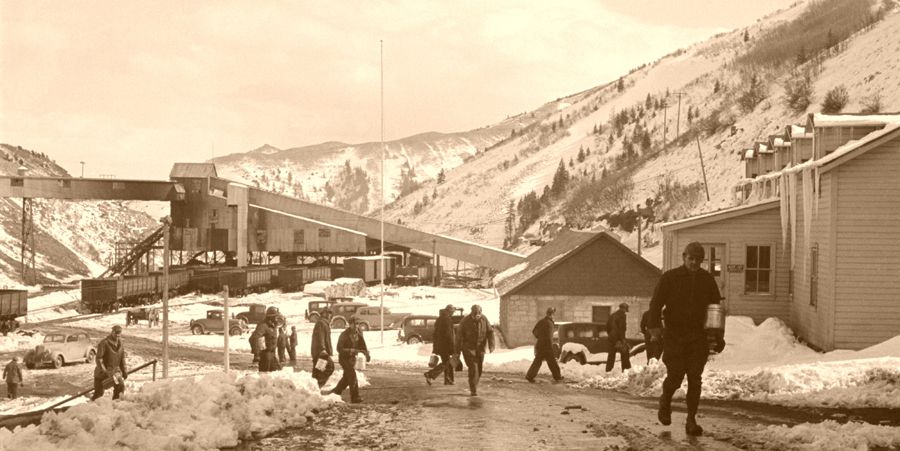 Miners coming home from work at the Blue Blaze Mine in Consumers, Utah by Dorthea Lange, 1936.

Like its sister city of National, Utah, coal was discovered here in the early 1900s but the town of Consumers didn’t develop until the 1920s. Arthur E. Gibson secured almost 1,500 acres of land sometime before 1920 and during the winter of 1921-22, he began to develop a seam of coal, hiring men to work the new mine, and hauling out some 34 wagonloads during the first winter.

By 1924, the Consumers Mutual Coal Company was formed, with Gibson as an officer, but further development was delayed until additional funding became available. However, a town soon developed that was originally called Gibson, sometime later changed to Consumers. Coal shipments over the National Coal Railway began in November 1925, shipping 6-8 carloads per day, and new equipment was purchased to expand the operations. By the time they were complete, there were two mines on each side of the canyon, and by 1926, it was said to have been one of the biggest and most modern coal-producing plants in the West. The Consumers Mine was the first in the state to use conveyor belts to haul the coal, rather than depending upon mine cars.  In September 1927, the company was sold to the Blue Blaze Coal Company and continued operations. 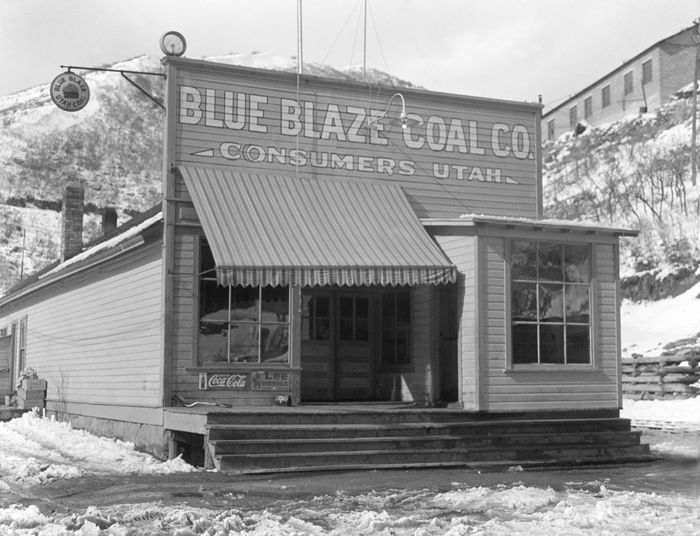 The town shared a post office, schoolhouse, hospital and amusement hall with the nearby mining camps of National and Sweet, but, had its own store and a central well.

By February 1938, the Blue Blaze Coal Company at Consumers was in receivership and the mine closed. In June, its property was foreclosed on and the following year, all of it was sold at auction. The new owner, the MacGowan Coal Company, began operations in October 1939, and then was sold again to the Hudson Coal Company.

In the 1940s, the upper Gordon Creek sites were purchased by Hudson Coal Company. Hudson eventually leased the land to modern mining companies, who continue operations in the area today.

The old town of Consumers is entirely gone. All that remains are a few foundations. 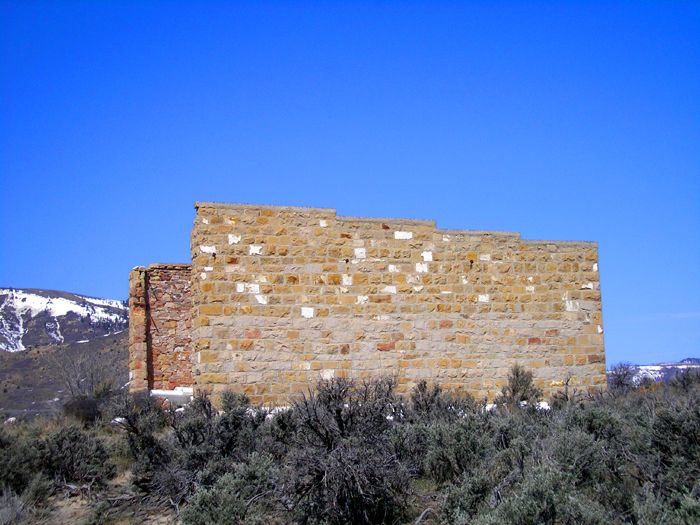 A stone building on Consumers Road, southwest of Helper, Utah by Kathy Weiser-Alexander.