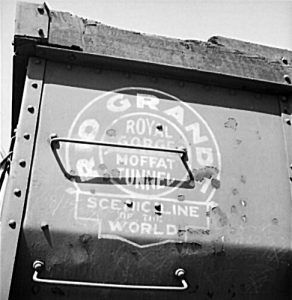 Getting its start as the Denver & Rio Grande Railroad, the company was founded in 1870 by General William J. Palmer, a Union veteran of the Civil War. The organization first started by building a narrow-gauge line south from Denver, Colorado, in 1871 toward Mexico. At its height in the mid-1880s, the company had the largest narrow-gauge railroad network in North America, with 2,783 miles of track interconnecting Colorado, New Mexico, and Utah.

Continuing to expand, the railroad operated nearly 6,000 miles of track by 1917. Its name was officially changed to the Denver and Rio Grande Western Railroad in 1920, serving Colorado and Utah primarily. Over the years, the railroad built some of the most difficult tracks in existence, including the highest mainline railroad in the United States (over 10,000 feet) at Tennessee Pass in Colorado and the famed routes through the Moffat Tunnel and the Royal Gorge. 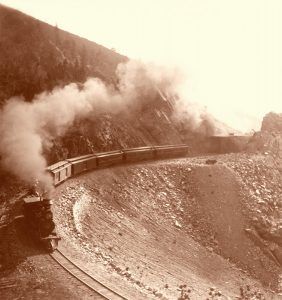 Several heritage railways that began with the Denver & Rio Grande still exist. These include:

The Cumbres & Toltec Scenic Railroad is a remnant of the San Juan Line that operates scenic trips over this route between Antonito, Colorado, and Chama, New Mexico.

The Heber Valley Historic Railroad provides scenic trips through the upper portion of Provo Canyon, Utah. The track was a branch of the D&RG main at Provo but is today isolated from the national rail network.

The Rio Grande Scenic Railroad is a heritage train on a still-active branch of the former D&RG.

The Royal Gorge Route Railroad operates over a 12-mile portion of the intact but otherwise disused Royal Gorge/Tennessee Pass line. 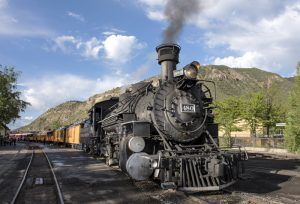