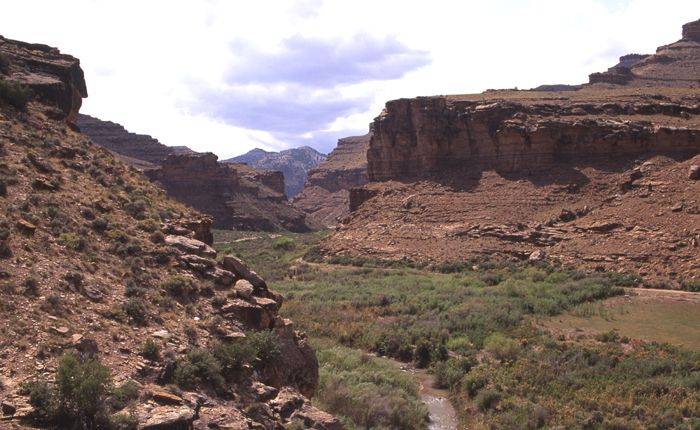 Nine Mile Canyon, Utah by the Bureau of Land Management

Harper, Utah is a ghost town located at the intersection of Argyle and Nine Mile Canyons, in the southern part of Duchesne County and northeast Carbon County. The settlement was spread out for about a mile along the canyon that winds in and out along the Carbon-Duchesne county line.

The first settler in the area was Alfred Lund who came with his cattle and established the first homestead in Argyle Canyon in the spring of 1885. Another man named Tom Taylor also homesteaded in the area.

Buffalo soldiers built a road through Nine Mile and Gate Canyons from Fort Duchesne to Price in 1886. This road was important as it supplied the 300 soldiers at Fort Duchesne and was linked with the nearest railhead in Price.

The same year, the road was built, a settlement began along the trail that was first called Minnie-Maude,” named for two girls who lived there in the early days. A creek that feeds Nine Mile Canyon is still called Minnie Maud. However, maps of the time called it “Nine Mile,” as there was a distance of nine miles from Alfred Lund’s home to the Beaver Valley, his summer range. When the army was building the road, they also installed steel telegraph poles in the canyon. 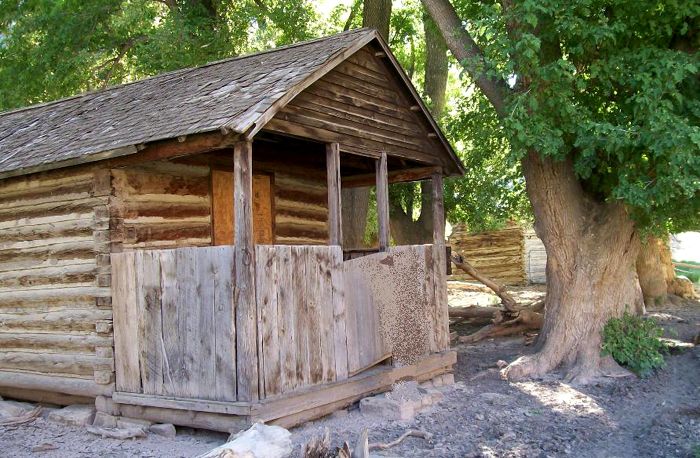 In the 1890s, the government was busy freighting to Fort Duchesne over the Nine Mile Canyon Road, at which time, the fort was called home to 600 soldiers. In the meantime, more people moved into the area to take up homesteads.

Starting sometime before 1895, the local residents built the first log schoolhouse at the mouth of Argyle Canyon. When a post office was established on what was then the Murray sheep ranch, the town was named Harper.

By 1910 the town had a log post office, a telegraph office, two-story hotel, store, saloon, and a population of 130. In 1916 there were two schools, one in Carbon County and one in the Duchesne district. However, later only one school was maintained, which was closed in 1931. 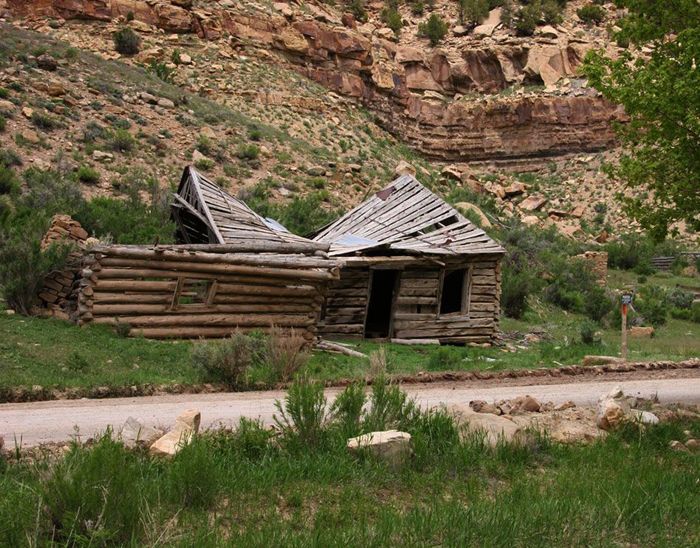 When the stagecoach line was discontinued Harper began to slowly fade away.

The two-story Harper Hotel burned to the ground in the late 1980s or early 1990s and only a few structures remain today including the old stagecoach stop, a few cabins, and corrals. Most of the townsite is on private property but can be seen from the road.

The log buildings you see are what is left of the stage stop, inn, post office, and school. The town was first known as “Lee Station” and was a stagecoach stop. 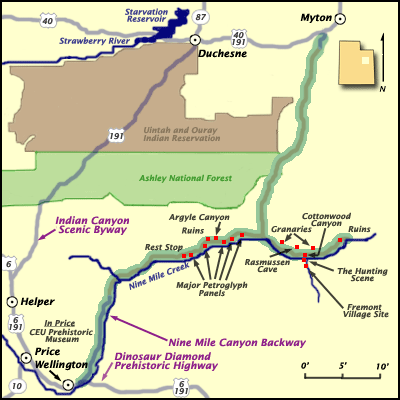 The old town is located on the Nine-Mile Canyon Backcountry Byway about 30 miles north of Hwy 6/191 on Soldier Creek Road near Wellington. Along this 75 mile long scenic byway, visitors will also see Archaic, Fremont and Ute Indian rock art, historic ranches, coal mines, and other structures.