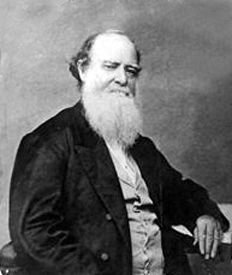 Albert Gallatin Boone, the grandson of Daniel Boone, was a trapper, trader, businessman, and Indian Agent of the American West.

He was born in Greensburg, Kentucky, on April 27, 1806, to Jesse Boone and Chloe Van Bibber Boone and moved with his family to Missouri when he was very young.

Boone was introduced at an early age to the Indian trade, and in 1823 he was working as a clerk at a trading post for Paul Ballico and trading with the Osage Indians of western and southwestern Missouri. The following year, at the age of 17, he joined Ashley’s expedition out of St. Louis, traveling to the Upper Missouri River on a fur trapping venture. Upon his return, he returned to trading with the Indians at the Fort Osage trading post in western Missouri, mastering the Osage language and learning several other native tongues.

He married Anna Reid Hamilton on July 9, 1829, in Callaway County, Missouri, and the couple would eventually have five children. He then maintained a merchandising company in Portland, Missouri, until about 1838.

On June 16, 1838, he received a license to trade with the Delaware, Kanza, Shawnee, and Kickapoo tribes in Kansas and soon moved eastward. Unfortunately, his wife, Anna Boone, died in Westport, Missouri on April 21, 1842. 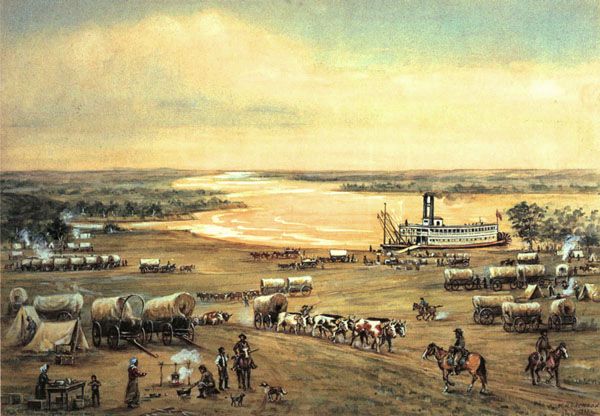 By this time, Westport’s proximity to the Missouri River and the Santa Fe and Oregon Trails had made it a popular jumping-off point to the west and the primary supply resource for the many wagon trains passing through. In 1843, Boone and James Gillespie Hamilton, his brother-in-law, began a partnership in a general merchandising operation located at the present-day corner of Westport Road and Pennsylvania Avenue. The building was erected in 1851 and run as a store by the Ewing Brothers until Boone and Hamilton bought it for $7,000. The outfitters supplied everything that travelers needed, including food, wagons, animals, and other provisions.

Boone married Zeralda E. Randall of Richmond, Kentucky, on October 22, 1843, and the couple would have three children. His business did very well, and by the 1850s, Boone’s partners included Robert Campbell, Charles A. Warfield, and William Bernard. Unfortunately, Boone’s wife Zeralda died in April 1851, and once again, he wasted no time finding a new wife, marrying Kate Pierson Phillips on August 28, 1851. The couple had no children. 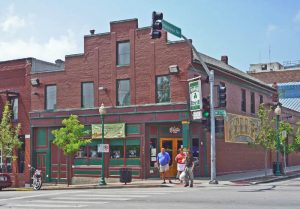 With the opening of the Kansas Territory in 1854, Boone became the agent of Southern Pro-slavery interests for political control of the territory, and his store was said to have been a gathering place for Border Ruffians. As the tides between the southerners and the abolitionists leaned toward Kansas becoming a  Free-State, Boone’s reputation suffered. The Kansas conflict had also shattered the Plains tribes and turned much of the area into no-mans land.

In 1859, William Bent of Bent’s Fort resigned as agent for the southwestern Indians and recommended his friend A.G. Boone as his successor. Upon that appointment, Boone sold his business to frontiersman Robert Campbell and his home in Westport to James Bridger. Today, the building where Boone ran his Westport business still stands. The oldest building in Kansas City today, the old supply store is now Kelly’s Westport Inn, a popular tavern in the Westport neighborhood. He then moved his family to Colorado.

With his brother, Van Daniel Boone, A.G. bought a 1,400-acre ranch south of Pueblo at a place now known as Boone, Colorado, where he opened a trading post. He served as U.S. Indian Agent for the Cheyenne, Arapaho, Kiowa, Comanche, and Plains Apache tribes from 1859 through 1861. He was removed from government office because his loyalty to the Union was in doubt.

In 1868, Boone was made deputy to Colonel William B. Hazen, the newly appointed agent for the Commanche and Kiowa at Fort Sill, Oklahoma. Boone’s last major Indian assignment was as commissioner to negotiate with the Sioux after the defeat of Colonel George Custer.