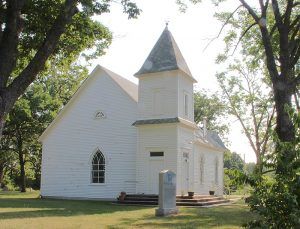 Mount Zion Church – December 26, 1861 – Taking place in Boone County, this battle was part of the Operations in Northeast Missouri Campaign. Brigadier General Benjamin M. Prentiss led a Union force of five mounted companies and two companies of Birge’s sharpshooters into Boone County to protect the North Missouri Railroad and overawe the secessionist sentiment there. After arriving in Sturgeon on December 26th, Prentiss learned of a band of Rebels near Hallsville. He sent a company to Hallsville the next day that fought a Confederate force under the command of Confederate Colonel Caleb Dorsey and suffered numerous casualties, including many taken prisoner, before retreating to Sturgeon. On the 28th, Prentiss set out with his entire force to meet Dorsey’s Rebels. He routed one company of Confederates on the road from Hallsville to Mount Zion and learned that the rest of the force was at Mount Zion Church. Prentiss headed for the church. After a short battle, the Confederates retreated, leaving their killed and wounded on the battlefield and abandoning many animals, weapons, and supplies. This action and others curtailed Rebel recruiting activities in Central Missouri. Estimated casualties in the Union victory were 72 Union and 210 Confederate.

Roan’s Tan Yard – January 8, 1862 – Also Referred to as the Battle of Silver Creek, this skirmish took place in Randolf County on January 8, 1862, as part of the Operations in Northeast Missouri Campaign. Rumors and sightings of a Confederate force in the Howard County area had circulated for more than a week, but the Union troops could not locate them. On January 7, 1862, information came to hand that Colonel J.A. Poindexter and his Confederate force were camped on Silver Creek. Detachments from various Union units came together and headed towards the Confederate camp which was about 14 miles northwest of Fayette. After finding the camp, the force attacked, routing the enemy and sending those that were not killed, wounded, or captured fleeing for safety. Afterward, the Union forces destroyed the camp to prevent its further use. The Confederates could no longer use their Randolph County base for recruiting and raiding. The Union Victory resulted in estimated casualties of 11 Union and 80 Confederate. 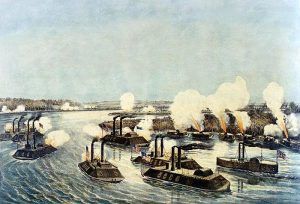 New Madrid/Island No. 10 – February 28-April 8, 1862 – Part of the Joint Operations on the Middle Mississippi River Campaign, this skirmish took place in Madrid, Missouri and Lake County, Tennessee from February 28th to April 8, 1862. With the surrender of Forts Henry and Donelson, Tennessee, and the evacuation of Columbus, Kentucky, General P.G.T. Beauregard, commander of the Confederate Army of the Mississippi, chose Island No. 10, about 60 river miles below Columbus, to be the strong point for defending the Mississippi River. Nearby was New Madrid, one of the weak points. Brigadier General John Pope, the commander of the Union Army of the Mississippi, set out from Commerce, Missouri, to attack New Madrid, on February 28. The force marched overland through swamps, lugging supplies and artillery, reached the New Madrid outskirts on March 3, and laid siege to the city. Brigadier General John P. McCown, the garrison commander, defended both New Madrid and Island No. 10 from the fortifications. He launched a sortie, under Brigadier General M. Jeff Thompson, Missouri State Guard, against the besiegers and brought up heavy artillery to bombard them. On the 13th, the Confederates bombarded the Yankees to no avail. Since it did not appear possible to defend New Madrid, the Confederate gunboats and troops evacuated to Island No. 10 and Tiptonville. On the 14th, Pope’s army discovered that New Madrid was deserted and moved in to occupy it. A U.S. Navy flotilla, under the command of Flag-Officer Andrew H. Foote, arrived March 15 upstream from Island No. 10. The ironclad Carondelet on the night of April 4 passed the Island No. 10 batteries and anchored off New Madrid. Pittsburgh followed on the night of April 6. The ironclads helped to overawe the Confederate batteries and guns, enabling Pope’s men to cross the river and block the Confederate escape route. Brigadier General William W. Mackall, who replaced McCown, surrendered Island No. 10 on April 8. The Mississippi River was now open down to Fort Pillow, Tennessee. The number of casualties in the Union victory is unknown. 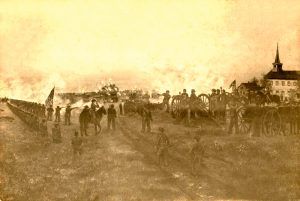 Battle of Kirksville, Missouri by A. D. Towne

Kirksville – August 6-9, 1862 – Part of the Operations North of Boston Mountains Campaign this battle took place in Adair County on August 6-9, 1862. Colonel John McNeil and his troops, numbering about 1,000, had been pursuing Colonel Joseph C. Porter and his Confederate Missouri Brigade of 2,500 men for more than a week. Before noon on August 6, McNeil attacked Porter in the town of Kirksville, where his men had hidden in homes and stores and among the crops in the nearby fields. After almost three hours of fighting, the Yankees secured the town, captured numerous prisoners, and chased the others away. Three days later, another Union force met and finished the work begun at Kirksville, destroying Porter’s command. Kirksville helped consolidate Union dominance in northeastern Missouri. The Union victory resulted in estimated casualties of Union – 88, and Confederate 368.

Independence – 1 – August 11, 1862 – Taking place in Jackson County on August 11, 1862, this battle was part of the Operations North of Boston Mountains Campaign. On August 11, 1862, Colonel J.T. Hughes’s Confederate force, including William Quantrill, attacked Independence, at dawn, in two columns on different roads. They drove through the town to the Union Army camp, capturing, killing, and scattering the Yankees. Lieutenant Colonel James T. Buel, the commander of the garrison, attempted to hold out in one of the buildings with some of his men. Soon the building next to them was on fire, threatening them. Buel then, by means of a flag of truce, arranged a meeting with the Confederate commander, Colonel G.W. Thompson, who had replaced Colonel J.T. Hughes, killed earlier. Buel surrendered and about 150 of his men were paroled, the others had escaped, hidden, or been killed. Having taken Independence, the Rebel force headed for Kansas City. Confederate dominance in the Kansas City area continued, but not for long. The Confederate victory resulted in approximately 344 Union casualties, the number of Confederate is unknown. 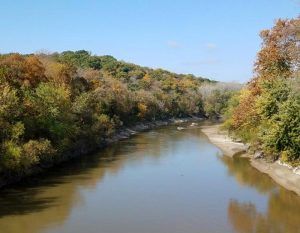 Compton’s Ferry – August 10-August 13, 1862 – This battle occurred in Livingston County, Missouri from August 10 to August 13, 1862, when Confederate Colonel John A. Poindexter and his force of 1200 -1500 Confederate men were caught at Compton Ferry along the Grand River. Union Colonel Odon Guitar and his 550 men then pursued Poindexter and his troops for 250 miles and attacked the guerrilla forces three times. They were confronted at Switzler’s Mill, Compton’s Ferry, and on the Muscle Fork of the Chariton River. Here the Federals caught the rebels in the act of crossing the river, causing great havoc and sending them into headlong retreat. During the battle, 150 Confederate soldiers were wounded, killed, or drowned and another 100 soldiers were taken as prisoners. The Union was also able to obtain large amounts of ammunition and supplies. The Union suffered only five men wounded and 10 horses killed. Afterward, Colonel Guitar joined with Brigadier General Benjamin Loan and his men and continued to pursue Poindexter and his troops, soon dealing them a crippling blow at the Battle of Yellow Creek.

Yellow Creek – August 13, 1862 – After the Battle of Compton’s Ferry, Confederate Colonel John A. Poindexter and his force retreated along Yellow Creek in Chariton County, Missouri. They were pursued by Union forces including the 9th Missouri State Militia Cavalry and the 2nd Missouri Volunteer Cavalry under Union Colonel Odon Guitar and Brigadier General Benjamin F. Loan who intercepted the Confederates at Yellow Creek. Poindexter’s force was routed and effectively ceased to exist. Poindexter was wounded in the action but escaped. He was later captured on September 1, 1863, while wearing civilian clothes. Afterward, Governor Gamble promoted Colonel Guitar to Brigadier-General of the Enrolled Missouri Militia.