Lewis and Clark Trail by the Bureau of Land Management.

Historic Landmarks Along the Trail

William Clark – Co-Leader of the Corps of Discovery Expedition 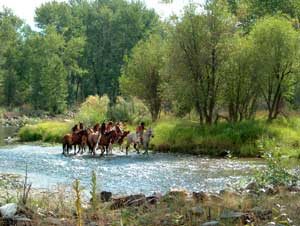 The Lewis and Clark National Historic Trail commemorates the Lewis and Clark Expedition of 1803 to 1806. Part of the National Trails System administered by the National Park Service, it is approximately 4,900 miles long, extending from Pittsburgh, Pennsylvania, to the mouth of the Columbia River, near present-day Astoria, Oregon.

In 1948 the National Park Service proposed a “Lewis and Clark Tour-way” along the Missouri River from St. Louis to Three Forks, Montana. Later, Jay “Ding” Darling proposed the development of the expedition route as a recreational trail. Following a 1966 report by the Bureau of Outdoor Recreation, the National Trails System Act of 1968 listed the route for study as a possible National Scenic Trail. Finally, in 1978 it was made official. 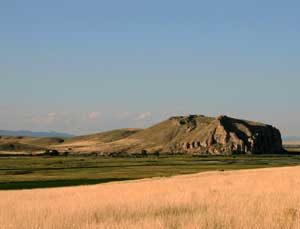 In 2019, the trail was extended to include an additional 1,200 miles along the Ohio and Mississippi Rivers from Pittsburgh, Pennsylvania to Wood River, Illinois that included the preparatory section before the official expedition began. As a result, the trail now also runs through Pennsylvania, Ohio, West Virginia, Kentucky, and Indiana.

Along its 4,000-mile meandering path across the West, the Lewis and Clark National Historic Trail crosses some of the most diverse landscapes on the continent. From the vast grasslands of the Great Plains to the imposing peaks of the Rocky Mountains and the lush valley of the Columbia River, the Trail offers visitors an opportunity to experience the breadth of North America’s stunning landscapes.

Though the trail is administered by the National Park Service, many sites along the trail are managed by federal land management agencies, state, local, tribal, and private organizations. Along the way, visitors can experience opportunities for hiking, boating, and horseback riding at many locations along the route. The trail is the second-longest of the 23 National Scenic and National Historic Trails. 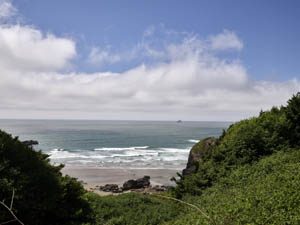