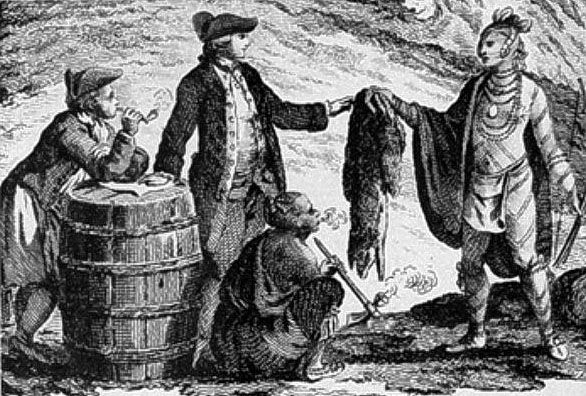 James Aird was born in Kilmarnock Ayrshire, Scotland, on November 22, 1757, the son of John Aird. He immigrated to the United States, where he entered the fur trade at Mackinac Island, Michigan, in about 1779. In the 1780s, he traded with the Dakota Sioux Indians along the Minnesota River and Upper Mississippi River in Minnesota, returning to Mackinac each summer for the rendezvous.

It was probably during this time that he married the daughter of a Dakota Sioux Chief Wahpasha, who was known as Marpiyarotowin “Grey Cloud.” The couple would have one daughter in about 1793. He often lived among the Sioux in Iowa and Minnesota.

By the early 1790s, he and others extended the British fur trade south into Spanish territory, west of the Minnesota, Des Moines, and Big Sioux Rivers. He appears to have mostly traded independently but may have joined small partnerships such as the General Company of Lake Superior or the General Society, which concentrated on trade south to the Illinois country and west to the headwaters of the Missouri River.

By 1800 he made Prairie du Chien, Wisconsin, his semi-permanent home but continued to travel to Mackinac Island periodically. By that time, he had become one of the most respected British settlers in the region. 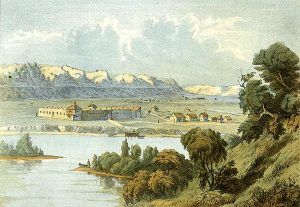 In 1804, Aird joined a partnership agreement with Robert Dickson, Allen C. Wilmot, and Jacob Franks, which soon became the Robert Dickson and Company. These traders hoped to protect their interests in Louisiana Territory, which had become American in 1803. In 1805, the company assigned Aird to command a trading venture up the Missouri River from St Louis, Missouri. As Aird and his men descended the Mississippi River, en route to St Louis, Aird met Zebulon Pike. Aird made such a good impression on Pike that he recommended him to James Wilkinson, then governor of Louisiana Territory.

On September 3, 1806, Aird encountered Meriwether Lewis and William Clark at the mouth of the Big Sioux River in South Dakota. On the way back from the Pacific Ocean, the Corps of Discovery Expedition men were eager to see an American. Their notes stated: “After so long an interval, the sight of anyone who could give us information of our country was peculiarly delightful, and much of the night was spent in making inquiries into what had occurred during our absence.” Aird was friendly and accommodating with the travelers, and in addition to providing news, he supplied the party with tobacco and flour.

In 1807, the Robert Dickson and Company was absorbed by the Michilimackinac Company, and in 1810, an international treaty forced that company to sell to John Jacob Astor’s American Fur Company.

Though he was American, during the War of 1812, he sided with the British probably because of his long association with Robert Dickson. However, it appears that he took no direct part in military action.

In 1814-15 he wintered on the Minnesota River, where he nearly starved. Afterward, he continued to make his headquarters in Prairie du Chien. From 1816 to 1819, he principally traded for the American Fur Company.