The North American fur trade was the acquisition, exchange, and sale of animal furs in North America. Native Americans in the United States and Canada traded among themselves before European arrival and immediately began to trade with the newcomers. Indians would trade the pelts of small animals, such as mink, for knives and other iron-based products or textiles. 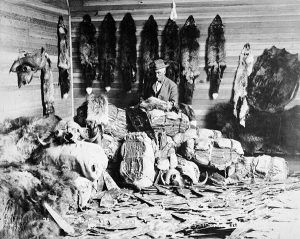 The exchange, at first, was haphazard, and it was only in the 16th century, when the wearing of beaver hats became fashionable, that firms were established who dealt exclusively in furs. High-quality pelts are available only where winters are severe, so the trade took place predominantly in the regions we now know as Canada. However, some activity took place further south along the Mississippi River and in the Rocky Mountains. There was also a market in deer skins that predominated in the Appalachians.

The fur trade became one of the main economic ventures in North America, attracting competition among the French, British, Dutch, Spanish, and Russians. Indeed, in the early history of the United States, capitalizing on this trade, and removing the British stranglehold over it, was seen as a significant economic objective. Many Native American societies across the continent came to depend on the fur trade as their primary source of income. The 19th-century North American fur trade, when the industry was at its peak of economic importance, involved the development of elaborate trade networks and companies. 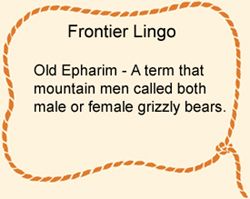 The first firms to participate in the fur trade were French, and under French rule, the trade spread along the St. Lawrence and Ottawa Rivers and down the Mississippi River. In the 17th century, following the Dutch, the English developed a trade through Albany. Then in 1670, a charter was granted by the British crown to the Hudson’s Bay Company, which began operating from posts along the coast of Hudson Bay. For roughly the next 100 years, this northern region saw competition of varying intensity between the French and the English. With the conquest of New France in 1763, the French trade shifted to Scottish merchants operating out of Montreal. After negotiating Jay’s Treaty in 1794, the northern border was defined, and trade along the Mississippi River passed to the American Fur Company under John Jacob Astor. In 1821, the northern participants merged under the name of the Hudson’s Bay Company, and for many decades this merged company continued to trade in furs. During this time, several off-shoots of the bigger companies were also established to compete in the profitable business, including such names as the North West Company, the Pacific Fur Company, Rocky Mountain Fur Company, and many others.

By the mid-1800s, however, changing fashions in Europe brought about a collapse in fur prices. The American Fur Company and some other companies failed. Many Native communities were plunged into long-term poverty and consequently lost much of the political influence.