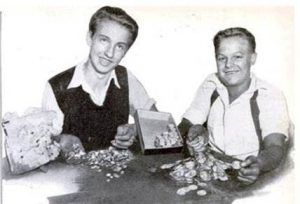 Henry Grob and Theodore Jones showing off their find.

Imagine finding 5,000 gold coins in a pot buried under your house! Inconceivable, right? But that is exactly what happened to two Baltimore boys in 1934. The coins (at least most of them) were handed over to the police, and a prolonged legal battle ensued between the boys and the elderly landlords who owned the crumbling, inner-city tenement house. In the end, young Henry Grob and Theodore Jones prevailed, with the coins being sold at auction and the proceeds (after expenses) being put into trust until the teens reached age 21.

For the past 80+ years it has been assumed that the golden fortune belonged to some unfortunate miser who had passed on without revealing to anyone where the treasure had been stashed. However, new evidence has recently surfaced which points directly to a secret Confederate society known as the Knights of the Golden Circle (K.G.C.) as the source of the immense treasure, worth more than $10 million dollars in today’s economy.

The Knights were one of the country’s more successful “Southern Rights Clubs” which agitated for more political power for the South. They opposed the abolitionists, Northern churches, and other Yankee movements that sought to “interfere” with the Southern economy, Southern society, and way of life. The K.G.C. sought to have newly freed slaves returned to Africa, and they opposed the international ban of the African slave trade that exported additional slaves from that continent. Captain John J. Mattison, one of the 19th-century owners of the treasure house on Baltimore’s South Eden Street, had his own ship The Eliza Davidson, seized off the coast of Sierra Leone for such illegal activity. 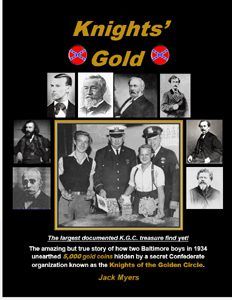 K.G.C. members also sought to add new slaveholding territories through the peculiar 19th-century institution known as “filibustering.” When Texas was annexed from Mexico by slave-owning Americans and added to the Union as a newly minted slave state, other Southerners saw an entrepreneurial opportunity of immeasurable proportions. Plots were hatched to invade Cuba, Mexico, Honduras, Nicaragua, and other lightly-defended Latin American countries. All were squashed, foiled, or fell apart before being launched. The K.G.C., which boasted some 3,000 members in Baltimore alone, was known to collect dues and initiation fees in the form of gold coinage. Some of that money was set aside (buried) in anticipation of funding Latin American expeditions that never materialized.

With the national rise to power of Abraham Lincoln and his Republican Party, the K.G.C. soon found a new enemy to oppose. The K.G.C. sought to keep Lincoln from getting to the White House, even if it meant assassinating him on his ride to the inauguration in Washington, D.C. in 1861. And if that drastic plan failed, the K.G.C. would spring into action to bring about Southern secession and the formation of the Confederate States of America. 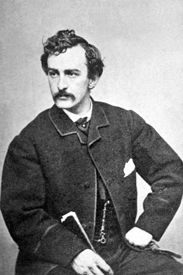 One of the angry Baltimoreans who joined the K.G.C. as Lincoln was ascending to power was a hot-blooded young thespian named John Wilkes Booth. Booth had lived on Exeter Street and is said to have been inducted into the K.G.C. during a ceremony at a house “in his neighborhood.” Many top Baltimore officials are said to have attended Booth’s swearing-in, done in the house’s parlor which was decorated with busts and paintings of Southern politicians and heroes. Booth took a solemn oath to protect the South and the new Confederacy at all costs. Not by chance, on South Central Avenue at this time just 4/10th of a mile from Booth’s home lived a candle and soap company executive named Andrew Saulsbury. Saulsbury was an “ardent” Southern sympathizer whose home’s parlor would later be identified as having paintings of Confederate heroes adorning the walls. We know this because Saulsbury’s daughter would testify to this as an elderly woman at the 1935 trial for ownership of the 5,000 gold coins. Captain Mattison, the secret slaver, lived just around the corner from Southern sympathizer Saulsbury on adjoining Eden Street, site of the 5,000 gold coins.

At the war’s end, Saulsbury would buy the Eden Street treasure home from secret slaver Captain Mattison, his rebel brother-in-arms.

Saulsbury was employed by the firm of James Armstrong & Associates, makers of fine soaps and candles. The company’s main factory sat just off Pratt Street by the Inner Harbor, where Captain Mattison docked his ships, and slaves were held in pens to be “sold South.” Saulsbury felt so indebted to the Armstrongs that he named his first-born son James Armstrong Saulsbury.

James Armstrong had expanded his business in the 1840s by merging with the rival candle and soap firm known as Charles Webb and Sons. The senior Webb had passed away, leaving sons Charles, Jr. and James in charge. Later, during the 1850s, businessman Armstrong would expand his empire by opening a downtown insurance firm that specialized in insuring ships’ cargoes. The board of directors of that insurance company included old man Armstrong himself, Charles Webb, Jr., James Webb, and retired ship captain John J. Mattison. Armstrong would soon leave the running of the soap and candle enterprise to his trusted young executives Charles Webb, Jr., James Webb, Andrew Saulsbury, and nephew Thomas Armstrong. 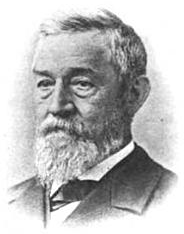 Charles Webb and his brother James were high-ranking Freemasons, with Charles having been selected to be Maryland’s youngest-ever Grand Master of Freemasonry in 1853. His sponsor and “Companion” Mason was the powerful Albert Pike from Arkansas, soon to be the supreme commander of all Southern Freemasons … and the suspected national leader of the Knights of the Golden Circle.

Charles Webb was also something of a political kingmaker in Baltimore for the Southern Democrats, the party that would oppose Lincoln and promote the continuation of slavery. In 1859-60 he backed the like-minded George Brown for Mayor, and the fiery slave-owning, Lincoln hating George P. Kane for the position of police marshal.

Andrew Saulsbury, who bought the Eden Street treasure home from Captain Mattison, would one day have a grandson named Charles Webb Saulsbury.

Fellow candle executive Thomas Armstrong, the company founder’s nephew, lived at a local hotel known as the Fountain Hotel. Known as something of a “rebel” hangout, the establishment had also been the haunt of the young John Wilkes Booth. Many plots, including the plot to infect the North with a yellow fever epidemic, would be hatched at The Fountain. Years after the war, when the hotel would be torn down to make way for a much larger hotel, a box containing 2,000 gold coins would be discovered hidden on the premises.

Andrew Saulsbury would one day have yet another grandson, this one named Thomas Armstrong Saulsbury. Armstrong, Saulsbury, and the Webbs just weren’t fellow employees, they were blood brothers in unison for a cause, the Confederate States of America.

To recap, Charles Webb, a Southern Democrat-sponsored as Grand Master of Maryland Freemasonry by K.G.C. mastermind Albert Pike, had two employees and a fellow Armstrong board member all living with thousands of gold coins buried under their respective residences.

Could this somehow all be a coincidence?? 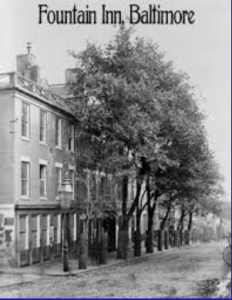 As Lincoln’s train and entourage left Springfield, Illinois on its several-day winding journey across the country towards its eventual final stop in Washington, D.C., alarm bells started to go off. A New York railroad C.E.O. heard rumors that a plot was afoot to murder Lincoln in Baltimore before he could ever reach the White House. That C.E.O. decided to send undercover New York City detectives to Baltimore to root out the conspiracy. The place they chose to stay, disguising themselves as rebel hotheads, was The Fountain Hotel.

Meanwhile, Lincoln’s own advisors were being given the same terrifying information. Lincoln would be targeted by K.G.C. assassins in Baltimore. They decided to hire Allan Pinkerton and his Pinkerton Detective Agency to spy on the Baltimore conspirators.

Both investigative teams came to the same startling conclusion — Lincoln would almost certainly be murdered if he attempted to travel through Baltimore. Pinkerton’s report included the astonishing detail that Marshal Kane himself was likely involved with the plot — or at least would offer Lincoln little or no protection because of his loyalty to the rebel cause.