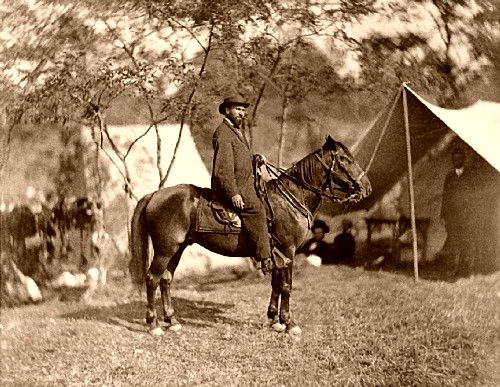 Allan Pinkerton was an abolitionist, detective, and spy, best known for creating the Pinkerton Detective Agency in 1850

Pinkerton was born in Glasgow, Scotland, on August 25, 1819. Pinkerton worked as a barrel maker before immigrating to the United States in 1842. Settling near Chicago, Illinois, he went to work at Lill’s Brewery as a barrel maker. He soon determined that working for himself would be more profitable for his family, and they moved to a small town called Dundee, some forty miles from Chicago.

When he stumbled across a gang of counterfeiters, he was instrumental in their capture, which led to an appointment as the first detective with the Chicago police force. That same year, along with Chicago attorney, Edward Rucker, founded the North-Western Police Agency. When the business floundered, Allan joined with his brother, Robert, who had established himself as a railroad contractor in a business called “Pinkerton & Co.” When Allan joined up, the company name was changed to the Pinkerton National Detective Agency, which provided various detective services, from private military contractors to security guards, but specialized in the capture of counterfeiters and train robbers. 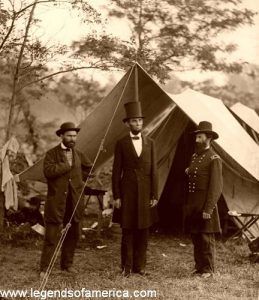 In 1861, while investigating a railway case, the agency uncovered an assassination plot against Abraham Lincoln and was instrumental in foiling it. President Lincoln hired the Pinkerton Detective Agency to organize a “secret service” to obtain military information on the Confederates and sometimes act as Lincoln’s bodyguard during the Civil War. Working diligently, Allan Pinkerton traveled under the pseudonym of “Major E.J. Allen.” After the Civil War, Allan returned to his duties at the detective agency, often hired by the government to perform many of the same duties that are now regularly assigned to the Secret Service, the FBI, and the CIA. The agency also worked for the railroads and overland stage companies, actively chasing down several outlaws, including Jesse James, the Reno Brothers, and Butch Cassidy, and his Wild Bunch.

When Robert Pinkerton died in 1868, Allan assumed complete control of the Pinkerton Detective Agency. However, just a year later, in the autumn of 1869, Allan suffered a paralyzing stroke that nearly killed him. However, Pinkerton recovered and continued to operate the agency until his death. Pinkerton passed away on July 1, 1884, and his agency was taken over by his sons, Robert and William, who continued the agency’s movement from detective work to security and protection.