Setting the Stage for the Battle of the Titans

Even though the draft horse still reigned supreme, most homes still lacked indoor plumbing or electricity, and the horse-mounted posse still represented law and order on the western frontier, there was an almost palpable sense of change in the air in the waning moments of the 19th century. More often than not, especially in urban areas, that whiff of change was in the form of automobile exhaust.

By 1897 the technologies behind the horseless carriage were poised to change the world. There was, however, a daunting obstacle to overcome and it was more than the fact that these primitive automobiles were notoriously undependable.

In an era when a horse and team could be purchased for $500 and board for the animals would cost less than $200 per year, spending several thousand dollars for an automobile relegated these clanking, smoking contrivances to the realm of toys for the famous and rich, and that was a very limited market. Then the fortuitous fire at Olds Motor Vehicle Company in 1901 changed everything.

The pioneering company had dominated the fledgling American auto industry at the turn of the century. Powered by gasoline or electric, the company managed to find enough customers with deep pockets to make the manufacture of an astounding eleven different hand-built models a profitable enterprise

Still, in late 1900, company executives at Olds, as well as several other manufacturers, were beginning to question a course of action that focused on only catering to wealthy clients. The following year the fire that left the company with but one low-cost experimental gasoline model resolved the debate.

Out of sheer desperation, production of the one-cylinder curved dash Olds commenced. With a price tag of just $650 and surprisingly rugged dependability, the car became America’s darling. Songs were written about it, long-distance records were set, and sales soared with more than 12,000 models being sold in less than three years.

The curved dash Olds wasn’t the only thing to rise from the ashes of the fire that devastated the Olds Motor Vehicle Company like the mythical. Resultant of the fire, two automotive legends were born.

Before the fire, company executives at Olds were planning to stay the course and focus on the manufacture of automobiles for the wealthy client. Enter Henry Leland, a precision machinist who had apprenticed under Samuel Colt.

In addition to having one of the most prestigious machine shops in Detroit, Leland was also a mechanical designer and engineer of some renown. Shortly before the fire, Olds had contracted with Leland for the manufacture of a new type of engine to be used in a model that would represent the latest in cutting-edge technology and set a new standard in automotive prestige.

As the hopes and plans for a lavish new Olds simmered in the embers, the directors of another automobile manufacturing company were reaching a point of near desperation. They had backed a promising mechanical whiz kid by the name of Henry Ford but the hoped-for profitable return on their investment was fading fast resultant of his focus on experimentation rather than the development of a viable automobile. 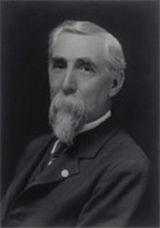 In a desperate bid to salvage the Henry Ford Motor Company, the board of directors voted to hire Henry Leland as a consulting engineer. Incensed at the perceived affront, Ford demanded a cash settlement of $800, and that his name was removed from the company.

Henry Ford, of course, went on to bigger and better things. Meanwhile, Leland stepped into the gap at the former Henry Ford Motor Company and proposed the development of an automobile utilizing the engine originally contracted for use by Olds.

The directors of the company accepted Leland’s offer and busied themselves with the task of reorganization. One of the first orders of business was finding a suitable name for the enterprise.

Who exactly proposed naming the company in honorarium of the man who established the first settlement at the site of Detroit is unknown. However, it can be said with a degree of certainty that applying the name Cadillac to the company was the right choice.

By 1904, Cadillac and Olds were dominating the manufacture of automobiles in America. To be counted among the hundreds of companies that offered little or no competition was Buick, a company that produced only 37 automobiles in 1904.

Of course, that was before the swashbuckling entrepreneur William Crapo Durant took the helm of David Buick’s namesake company. Within three years Durant had transformed Buick into a veritable dynamo making the company the second-largest manufacturer of automobiles in the nation. This, however, was only the beginning. 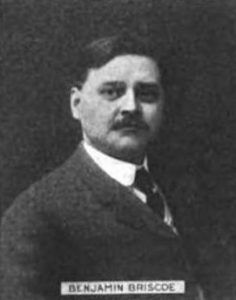 Benjamin Briscoe, a very successful manufacturer of sheet metal in Detroit, had entered the automobile industry by backing David Buick and then moved on to form a partnership with Jonathan Maxwell. Even though their automotive enterprise proved to be quite profitable, by 1905 it was becoming rather apparent that a finite market being serviced by hundreds of companies prohibited a company from reaching its full potential. Briscoe had an idea as to how that situation could be remedied, the market dominated, and the competition eliminated.

His vision to create an automotive combine that produced a vehicle for every budget and need would become a reality but not as he had imagined. The initial meetings to unify the manufacturing facilities of Olds, Ford Motor Company, Buick, Maxwell-Briscoe, and several smaller companies were stillborn.

Durant, however, saw the concept as the key to the absolute dominance of the American automobile industry. On September 16, 1908, in Hudson County, New Jersey, he filed incorporation papers and established General Motors Company. With dizzying speed, he acquired a controlling interest in the manufactures of automobiles and related components through purchase, leverage, stock swaps, or other means; the Dort-Durant Company, one of the largest manufacturer of wagons in the country, Buick, Olds, Cadillac, Oakland, and dozens of other companies large and small.

Meanwhile, Benjamin Briscoe had not given up on his vision. Utilizing Maxwell-Briscoe as the cornerstone, he set about to create an automotive empire, the United States Motor Company, that would offer stiff competition for Durant’s General Motors.

The dawning of a new age was at hand. American was about to become an automobile nation and the battle of the titans was about to commence.