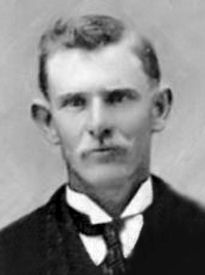 A cowboy, gunfighter, and founding member of the Regulators during New Mexico’s Lincoln County War, Scurlock began his life as the sixth of 11 children in Tallapoosa County, Alabama. He was born on January 11, 1850, to  Priestly Norman Scurlock and Esther Ann Brown.

When he grew up, he studied medicine briefly in New Orleans, Louisiana, where he received his nickname. However, when he thought he had contracted tuberculosis, he went to Mexico, hoping it would be cured.

Scurlock was described as having dark brown hair, brown eyes, a slight build at just 5 feet 8 inches tall, and weighing about 150 pounds. Despite his size, he acquired a reputation as a gunfighter in Mexico, beginning when he and another man played cards in a saloon. When an argument erupted between Scurlock and another player, the dispute turned to gunplay. In the end, the other player was dead, and Scurlock was wounded, having received a bullet in the mouth, which knocked out his two front teeth before exiting through the back of his neck. Unbelievably, Scurlock survived.

In 1871, Scurlock returned to the United States, where he went to work for John Chisum in Texas. Two years later, Doc showed his shooting skills once again when he and another cowboy named Jack Holt were surprised by a group of Indians. In the attack, Holt was killed, but Scurlock took refuge behind some rocks, and after several hours of gunplay, he killed the Indian leader. Hiding into the night, Scurlock was able to slip away, walking some 20 miles for help.

By May 1875, Chisum had moved his operations to New Mexico, and Scurlock joined the cowboys at his ranch near Roswell. In September 1875, another riding partner of Scurlock’s was killed by Indians, and Doc was so upset over the incident that he went to Chisum telling him he wanted to quit. But Chisum didn’t want him to leave and refused to pay him. Scurlock, however, was determined and took his payment from Chisum via three horses, two saddles, and a rifle. Wanted for the thievery, he fled to Arizona with some of Chisum’s men hot on his trail. When the other cowboys caught up with him, however, Scurlock explained the situation, and they let him go.

While in Arizona, Scurlock met Charlie Bowdre, and the two men opened a cheese factory on the Gila River, where it is said they hired, for a brief time, a young man who went by the name of Billy the Kid. However, the cheese factory was short-lived, and Scurlock and Bowdre soon left Arizona for Lincoln County, New Mexico. There, they bought a ranch on credit from Lawrence G. Murphy, an illegal transaction propagated by the L. G. Murphy & Co. monopoly, which was just one of the many causes of the Lincoln County War.

On September 2, 1876, Scurlock accidentally shot and killed his friend, Mike G. Harkins, manager of John H. Riley’s store at Blazer’s Mill, while he was examining a pistol.

During this time, horse and cattle rustling were rampant in Lincoln County, and Scurlock served on several posses to pursue the thieves, some of which were hanged.

In January 1877, Scurlock and a neighbor, George Coe, were arrested by Lincoln County Sheriff William Brady for suspicion of harboring a murdering fugitive and member of the Jesse Evans Gang named Frank Freeman. For several days, Scurlock and Coe were allegedly tortured until they were released.

Along the way, Scurlock befriended several area ranchers, including John Tunstall and Dick Brewer. When Tunstall, along with a lawyer named Alexander McSween, set up a rival business to oppose the Murphy and Dolan Mercantile and Banking Company, which monopolized the trade in Lincoln County, Scurlock supported their operation, openly defying Lawrence Murphy and James Dolan. 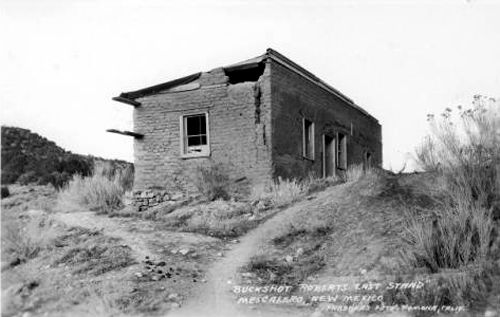 Murphy and Dolan; however, not wanting to lose their lucrative business monopoly, began a series of retaliation efforts. When John Tunstall was killed in February 1878, all-out war erupted in Lincoln County, and fighting against the monopoly was a group called the  Regulators, of which Scurlock was a founding member.

In the Battle at Blazer’s Mills on April 4, 1878, Scurlock was shot in the leg by Buckshot Roberts, and Regulator leader Dick Brewer was killed. Several other skirmishes took place during the Lincoln County War, taking the lives of more men, including  Regulator leader Frank MacNab. After MacNab was killed, Scurlock became the third leader of the  Regulators.

When Sheriff William Brady, a Dolan-Murphy man, was replaced by John Copeland, who supported the McSween faction, Scurlock served as a deputy sheriff for a short time.

A year later, Scurlock had given away his guns and moved to Texas, where he settled down to live a peaceful life. He disassociated himself from his gunfighting past and rarely spoke of it. Working at various jobs over the following decades, he also pursued several intellectual activities, including reading the classics and writing poetry. He died at the age of 79 in Eastland, Texas, on July 25, 1929.

The Fight Of Buckshot Roberts