After the massacre, the surviving children were initially taken to Hamblin’s ranch, and three of them, Rebecca, Louisa, and Sarah Elizabeth Dunlap, would reside there for the next two years. The rest of the children were then taken to other Mormon families in the area, but not before one child, who was crying, was allegedly killed. When the three Dunlap children were rescued, there were allegations that they had been neglected and that Sarah Elizabeth Dunlap’s blindness was a direct result of the negligent care. Though rumors were rampant of Hamblin’s participation in “setting up” the disaster, these were never proven, and he was not indicted for any crime. In fact, he was known to adamantly express his horror of the massacre.

A year after the massacre, Hamblin was sent to northern Arizona to mission to the Hopi. He took another wife in November 1865, and over the years and between his four wives, he would father 24 children and adopt several more. In 1870, Hamblin acted as an adviser to John Wesley Powell’s second expedition into the Grand Canyon. Hamblin continued to serve as a missionary to the Native American tribes in Southern Utah, where he continued to keep a ranch. However, following the enactment of the Edmunds Act of 1882, an arrest order was issued naming Hamblin and others known to practice polygamy. Hamblin then permanently moved his families from Utah into Arizona, New Mexico, and Chihuahua, Mexico. Until he died on August 31, 1886, he continually moved from one family to another to evade federal officers. 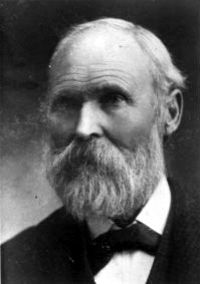 Ira Hatch (1835-1927) – Hatch was born on August 5, 1835, in either New York or Ohio. In 1854, he was serving as the Mormon Indian specialist in southern Utah, where he thrived in his ability to speak 13 different Indian languages. He spent his time frequently being called to various places where diplomacy was needed in Indian relations. Unlike many of the other Mormons of the time, Hatch had only one wife, Sarah Spanesbank, the daughter of a Navaho chief and Paiute woman. The couple had four children.

His involvement in the Mountain Meadows Massacre included playing a major part in organizing the Paiute to assist in the massacre and, once it had begun, tracking three men who had escaped and killing them. In 1860, Hatch was sent to northern Arizona with Jacob Hamblin to become missionaries to the Hopi Indians. He died at Fruitland, New Mexico, in 1927.

John Mount Higbee (1827-1904) – A major in the Iron County Militia, first counselor to Isaac C. Haight, and the man who ordered the killing to begin, Higbee was born in 1837 in Ohio. Persecuted for their religious beliefs, the family moved to Missouri in 1833, where they were forced to move several times before finally resettling in Illinois in 1838. By 1846, they were once again forced from their settlement, and the following year, John’s father, John S. Higbee, joined the company of Mormon pioneers who led the western migration, arriving in the Salt Lake Valley. In 1853, he married his first wife, Mary Clark, who would bear him 11 children. The couple then moved to Cedar City, where Higbee became a counselor to Isaac C. Haight and became a major in the Iron County Militia. It was in this role that he ordered the killing to begin at the Mountain Meadows Massacre by demanding: “Do your duty!” 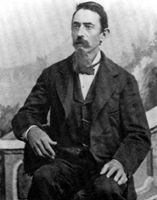 Afterward, Higbee retained his militia command, but when the U.S. Government began an investigation in 1858, a warrant was issued for his arrest. In the meantime, Higbee moved his family to the new settlement of  Toquerville. However, investigations and follow-up were halted as tensions began to brew towards the Civil War.

In 1860, he married a second wife, Eunice Blanden, who eventually bore him eight children. Higbee led a number of militia operations during the Black Hawk War of 1866. Under public pressure, Higbee was excommunicated from the Mormon Church in 1870, but by 1874, he had moved back to Cedar City as President of the United Order. The same year he was among nine Iron County Militia men indicted for murder stemming from the 1857 massacre. As arrests were made, Higbee, Isaac C. Haight, and William Stewart fled with rewards of $500 posted on their heads.  By the 1880s, interest in the prosecution had waned, and he returned to Cedar City. Years later, when Utah achieved statehood in 1896, all local court charges were dismissed against Higbee. None of the more than 50 participants in the massacre were ever disciplined by the Mormon Church. Only John D. Lee ever stood trial. He was convicted and executed in 1876. At the age of 77, Higbee died in Cedar City.

Iron County Militia – A branch of the Nauvoo Legion, a Mormon militia group that operated until 1870, the Iron District group had about 450 members in 1957. Ramped up due to rumors of a U.S. Army invasion, the military group was well trained, well organized, and ready for combat. Through its “lifetime,” the Nauvoo Legion and the Iron County Militia maintained high standards and an honorable reputation, that was until the Mountain Meadows Massacre. After this tragic event, the legion continued to operate, given federal duties during the Civil War to guard the mail and freight routes from Independence Rock to Salt Lake City. 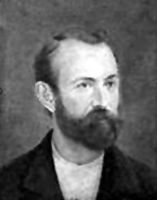 Nephi Johnson (1833-1919) – Born in Kirtland, Ohio in 1833, his family were early members of Joseph Smith’s Mormon movement. The family followed smith to Ohio and Illinois and emigrated to Utah in 1848. Two years later, they moved to Parowan, then to Cedar City. In 1856, Nephi married Mandana R. Merrill, who would bear him ten children. In 1857, Johnson was a 2nd lieutenant in Company D of the Iron Military District and was said to have led the killing of the women and children after the leaders of the wagon train had surrendered to John D. Lee. Johnson holds the dubious distinction of killing more women and children in a single day than any other person in the United States.

Following the massacre, an arrest warrant was issued for Johnson in 1859 for suspected complicity in the massacre, but nothing ever became of it. Johnson helped to found the colony at Virgin City, where he lived for 14 years, where he acted as presiding elder, acting bishop, and bishop’s counselor in succession. In 1860, he married his second wife, Conradina A. Mariger, who bore him 16 children. In 1871, he moved to Kanab, Utah, where he worked in a series of positions including, the first counselor to the bishop, county commissioner, town president, superintendent of waterworks, and road commissioner. In 1872, he was employed by John Wesley Powell’s Colorado River expedition. He married yet another woman in 1889, a widow with six children, who bore him one additional child. In 1889, he moved to Juarez, Mexico, where he stayed until 1894, before moving to Bunkerville, Nevada, where he served as a patriarch to the Mormon community there. He died in 1919, survived by many children and descendants.