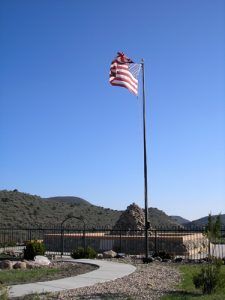 Surviving Children of the Murdered fix the Crime upon the Mormons, San Francisco Evening Bulletin, May 31, 1859.

The Mountain Meadows Massacre: An Episode on the Road to Zion, by Sara Frances “Sallie” Baker Mitchell, The American Weekly, September 1940

Note: These articles are not verbatim. Obvious spelling and grammatical errors, incorrect names, formatting, and in some cases, archaic language has been changed for accuracy and easier reading. 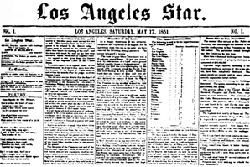 We have just been informed by Judge Brown, of San Bernardino, who has arrived in town from that city, that a rumor was prevalent there, and had obtained general belief, that a whole train of emigrants from Salt Lake City, for San Bernardino, composed of twenty-five families, comprising ninety-five persons, men and women, had been cruelly massacred on the road, between the last settlements in Utah Territory and the boundary of this State.

All the property of the company had been carried off, and only the children left, who were picked up on the ground, and were being conveyed to San Bernardino.

This intelligence was brought on by another party who had started from the city after the reported missing company, and who had overtaken the mail carrier in the Cajon Pass, where he is said to have encamped on Wednesday night.

No further particulars are known, nor any names given, or any account of the finding and disposition of the bodies. We give the rumor for what it is worth. The alleged facts are without authenticity as yet, the party not having arrived in San Bernardino at the time our informant left.

Although the rumor was generally believed in San Bernardino, we confess our unwillingness to credit such a wholesale massacre.

Over One Hundred Persons Slaughtered by Indians — Mormon Instigation Suspected

A train of emigrants, from Missouri and Arkansas, for this State, were waylayed and cruelly butchered on the route, at a place called Santa Clara Cañon, near the rim of the Great Basin, about 300 miles from Salt Lake City. The scene of the massacre is differently designated as Santa Clara Cañon, the Mountain Springs, and the Mountain Meadows. But all agree in locating it near the rim of the Great Basin, and about fifty miles from Cedar City, the most southern of the Mormon settlements.

Of a party of about 130 persons, only fifteen infant children were saved. The account was given by the Indians themselves to the Mormons at Cedar City, to which place they brought the children, who were purchased from them by the people of that city. Whether the cause assigned is sufficient to account for the result, or whether a different cause is at the bottom of the transaction, we will leave the reader to form his own conclusion. We can scarcely believe that a party traveling along a highway would act in the manner described, that is to poison the carcass of an ox, and also the water, thus endangering the lives of those who were coming after them. Yet this is the story told by all who have spoken of the massacre. It is stated, the emigrants had an ox which died, and they placed poison in the body and also poisoned the water standing in pools, for the purpose of killing the Indians; that several of the tribe had died from this cause, and that the whole force mustered, pursued the train, and coming up with them at the above-named place, which favored their purpose, attacked and murdered the whole party, except a few infant children. The Indians state that they made but one charge on the party, in which they cut off the greater portion of the men, and then guarded the outlets of the cañon, and shot the men and women down as they came out for water; that one man was making his escape with a few children, and they followed him, killed him, and took the children fifteen in number, the eldest under five years of age. The report was brought to San Bernardino by Messrs. Sidney Tanner and W. Mathews.