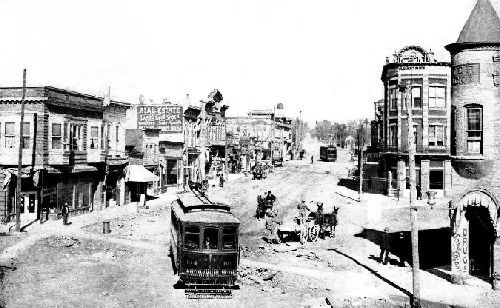 Without exception, there was no town which harbored a more disreputable gang of desperadoes, and outlaws than did Las Vegas  – Ralph Emerson Twitchell, historian 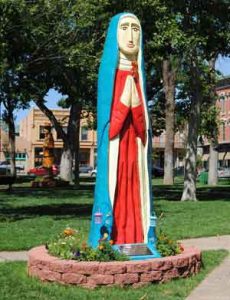 Las Vegas was established by a Mexican land grant in 1835. Originally called Nuestra Senora de Los Dolores de Las Vegas Grandes (our Lady of Sorrows of the Great Meadows) by settlers whose roots in the area went back to the early 1600s, in the beginning, the settlement doubled as a fort, designed to be battened down for attacks by the Apache Indians. One-story adobe houses circled a large, central plaza where stock could be driven to safety.

By that time, the Santa Fe Trail was being traveled frequently, allowing entrepreneurs to send their wares westward while enterprising Las Vegans traded eastward. For the travelers along this rustic path, Las Vegas was a welcome sight, as it was the first town of any size after 600 miles of travel from Kansas. These many traders, along with other pioneers and prospectors, demanded whiskey and women, for which the town readily complied.

The Santa Fe Trail offered jobs and the many town merchants prospered during this time, growing to over 1,000 people by 1860. During the next two decades, its population quadrupled as it established itself as a major trade center. 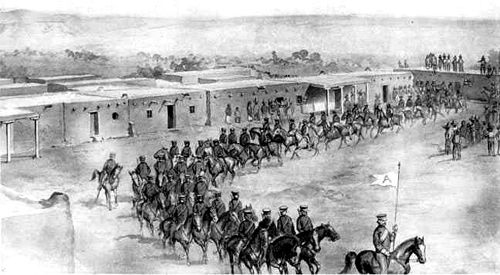 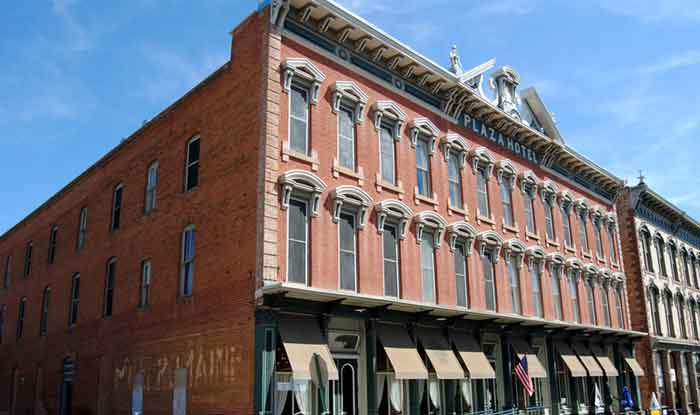 It was in the summer of 1879 that Doc Holliday rode into Las Vegas, where he hung out his shingle for the last time. However, this idea was short-lived, and only a few weeks later he bought a saloon on Center Street. His partner and financial backer, John Joshua Webb, once a Dodge City lawman, was by then a part of the notorious Dodge City Gang.

On July 19, 1879 Doc got into an argument with a local gunman, named Mike Gordon, who was rather popular with the locals. The two took the argument to the street where Doc politely invited Gordon to start shooting whenever he felt like it. Gordon obviously accepted this invitation and wound up dead, lying in the dusty street with three shots in his belly. 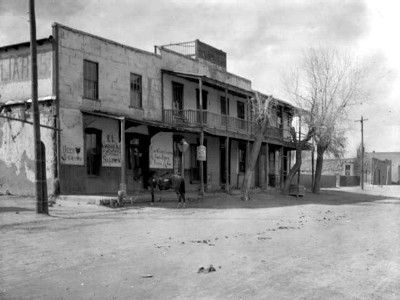 Townspeople soon tired of the escapades of the lawless people of their city and took matters in their own hands. The Las Vegas Optic on April 8, 1880, posted this notice:

The Las Vegas Optic reported about the incident:

“It [his finger] is well-preserved in alcohol and has been viewed by many in our office today. If the rush continues we shall purchase a small tent and open a side show to which complimentary tickets will be issued to our personal friends.”

Lawlessness continued in Las Vegas, though it was just not so apparent to the town’s citizens. Distracted by the earlier times of shoot-outs in the streets, they didn’t notice a marked increase in cattle rustling.  By the late 1880s, entire herds were disappearing.  Secretly led by a man named by Vicente Silva, a respected saloon owner of the Imperial Saloon, the group was called the Silva’s White Caps, or Forty Bandits; or sometimes, the Society of Bandits. Often meeting in Silva’s saloon, the gang held the area in a virtual stranglehold until October 1892. At this time the Las Vegas citizens hanged a fellow gang member named Pat Maes. Soon thereafter the bandit group gradually disintegrated. Silva was eventually murdered by former members of his gang and was buried at Camp de lost Cadillos on May 19, 1895. 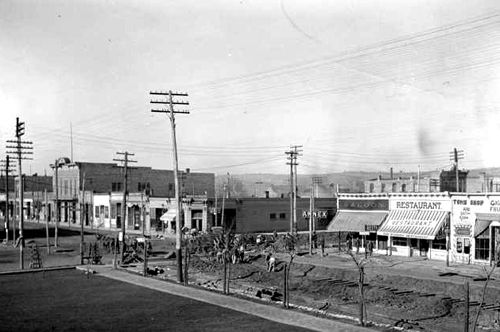 Finally, the town began to settle down and in 1898, Las Vegas provided 21 Rough Riders to Teddy Roosevelt, most of whom were at his side during the famed charge up San Juan Hill. The town hosted the first Rough Riders reunion–attended by the soon-to-be-president himself.

Today, this historic town of some 15,000 souls is one of New Mexico’s lesser-known tourist destinations that provides an extremely rich history with much to see and do. Over 900 buildings in Las Vegas are listed on the National Register of Historic Places. With the old Spanish colonists and the European immigrants, the city provides a myriad of architectural treasures that give Las Vegas its special charm. 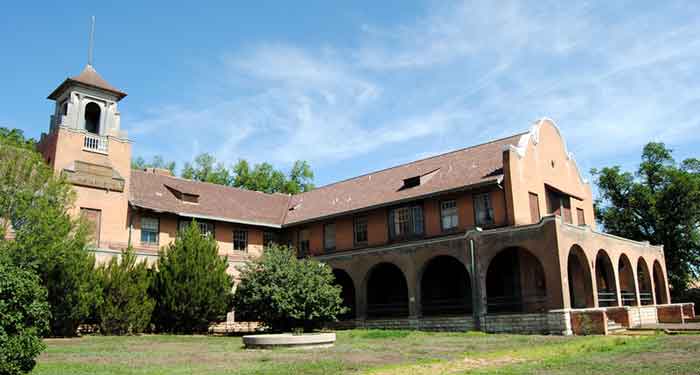 While in Las Vegas, be sure to visit the Las Vegas City Museum and Rough Riders Memorial, as well as several picturesque historic districts including the Bridge Street and Plaza areas, where there is a designated Santa Fe Trail site. The La Castenada Hotel is a “must-see” landmark of Las Vegas’ post-Santa Fe Trail era.  The 1898 building, once housing one of the famous Harvey House Hotels, faces the railroad tracks in the 500 block of Railroad Avenue.  Continuing to display its graceful facade and arched walkways, the old hotel was the site of Teddy Roosevelt’s Rough Riders Reunion in 1899. After sitting vacant and abandoned for years, the hotel was purchased in 2014 by Allan Affeldt with plans to renovate the historic property. Affeldt and his wife helped restore the La Posada Hotel in Winslow, Arizona back in the 1990s. 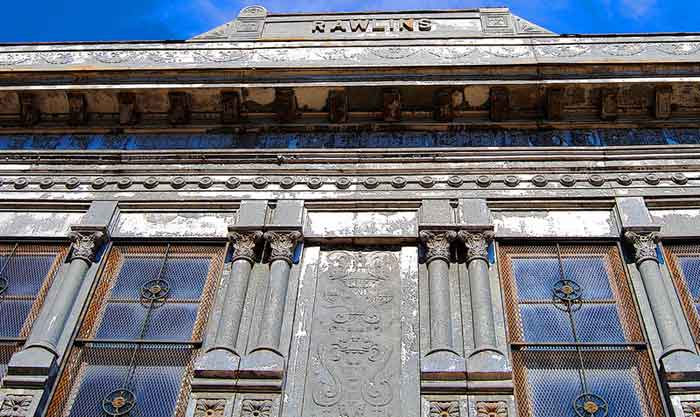 Across the street looms the Rawlins building, which was once the residence for the Harvey Girls who staffed the hotel’s dining room.  Interested travelers should first stop at the Chamber of Commerce to pick up free maps and pamphlets that detail six separate walking tours. Modern Las Vegas also offers traditional arts and crafts in shops and galleries featuring everything from antiques to unique original furniture, paintings and art objects, clothing, weavings and jewelry. Surrounded by recreation and wilderness experiences, all within easy driving distance of Las Vegas, are the Las Vegas National Wildlife Refuge and MacAlister Lake.

Fort Union National Monument is about 20 miles north of Las Vegas, providing a peek at the past through its historic fort buildings that attract thousands of people each year. Pecos National Monument, about 30 miles southwest of Las Vegas, is a monument museum that pays tribute to Native Americans who lived in the area in the 1500s.

They are as tough a bunch of bad men as ever gathered outside a penal institution.  – Miguel Otero, Territorial Governor, speaking about the men of Las Vegas, New Mexico 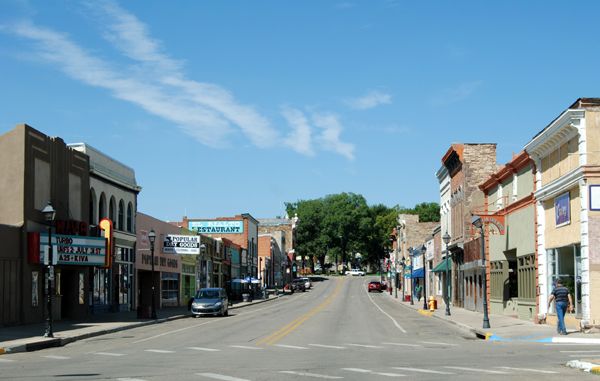