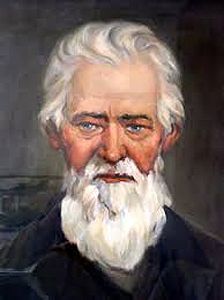 Lancaster Platt Lupton was born in New York on September 21, 1807, to William Lupton, Jr., a New York City lawyer, and his wife, Julia Townsend. He grew up to attend West Point, graduating in 1829. He then joined the military, became a first lieutenant, and was a member of Colonel Henry Dodge’s Expedition in 1834-35. When they passed through the South Platte Valley in what would become the state of Colorado, Lupton saw the potential for a successful trading post.

Lupton was described as a “pleasant, well informed little man but was a victim of intemperance”, and after being threatened with a court-martial for criticizing President Andrew Jackson at a dinner party, he resigned his commission. Of the affair, his commanding officer would say “I attribute the most of the difficulties here to the intemperate use of ardent spirits.”

With the financial help of Hiram Rich, a trader of Liberty, Missouri, Lupton returned to Colorado in 1836 to build a trading post. He chose a site along the South Platte River in northeast Colorado that was located about seven miles south of another fur trading fort called Fort Vasquez. In about the same year, Lupton married the daughter of an Indian Chief, named Thomas. The couple would eventually have eight children, and unlike other fur traders, Lupton would spend the rest of his life with her. 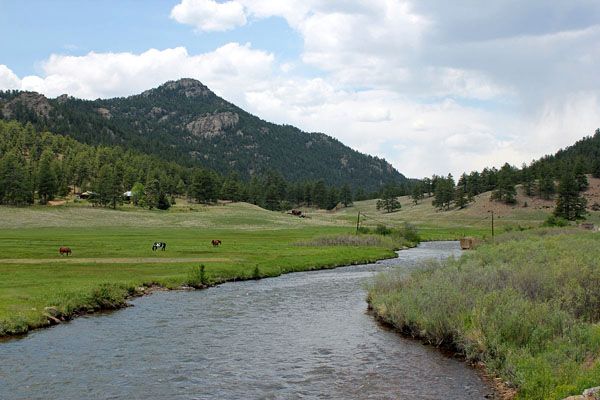 His trading post began as little more than a log shelter, but he soon brought in skilled craftsman and labor from the Mexican village of Taos, New Mexico to build a large two-story adobe fort. Modeled after Bent’s Fort to the south, it was estimated to be approximately 125 feet by 150 feet with walls 15-18 feet high. A circular tower stood at the northwest corner which was several feet higher than the walls, and a bastion with portholes was situated on the opposing corner. The fort also had living quarters, a kitchen, blacksmith area, trading room, a corral, and storage rooms.

By 1837, he was trading with the Arapaho and Cheyenne tribes of the area. This was an active period for fur trading and two more forts — Fort Jackson and Fort St. Vrain were soon built along the South Platte River along the Trapper’s Trail to the north. The Trappers Trail ran between Fort Laramie, Wyoming down to the Arkansas River, and then along the Taos Trail to New Mexico. During this time, because the South Platte River was so shallow, it was not suitable for the transportation of trade goods. Therefore, most of the supplies for the fort and furs destined for Independence, Missouri had to be transported overland. To combat these expenses, Lupton tried to make the trading post as self-sufficient as possible by planting a large garden and raising livestock.

By 1842, the fur trade was beginning to wane. Fort Jackson had been abandoned in 1838 and Fort Vasquez was abandoned in 1842. That same year, Lupton declared bankruptcy which resulted in Fort Platte being sold to Pratte and Cabanne, and Fort Lancaster becoming the property of Hiram Rich and his partner, Albert G. Wilson, who were postmasters and merchants at Fort Leavenworth, Kansas at the time. The next year, Wilson came west taking control of Fort Lupton and also established another trading post below Bent’s Fort on the Arkansas River, which was known as “Wilson’s Houses.”

During this time, Lancaster Lupton continued to trade at Fort Lupton but he and Wilson didn’t get along. After the two had a serious disagreement and a harsh blizzard caused the fort to close temporarily, Lupton and his family left in December 1844 and settled in Hardscrabble, Colorado.

Shortly after Lupton left, Hiram Rich and Albert G. Wilson closed the post. During its days as a thriving trading post, it was visited by Rufus Sage, Kit Carson, and John C. Fremont.

Lupton stayed at Hardscrabble and in its final days, was running the trading post. However, when he heard about the California Gold Rush, he and his family followed the many other gold seekers to California in 1849. Six of their eight children who survived were raised primarily in Humboldt County, California. Lieutenant Lancaster Lupton died on October 1, 1885. He was buried at the Blue Lake Cemetery in Humboldt County, California. His wife died seven years later and is buried beside him.

In the meantime, Fort Lupton remained abandoned and was used only as a temporary shelter by travelers passing through the region. From 1845 until 1859, it was used for various purposes, including an overland stage station during the Colorado Gold Rush and during the Civil War, as a temporary U.S. Army detachment camp in 1864. Later it would serve as a private home, the headquarters for a ranch, and as the structure fell further into ruin, it was used as a corral for livestock. By the 1920s, only a wall of the old fort remained. 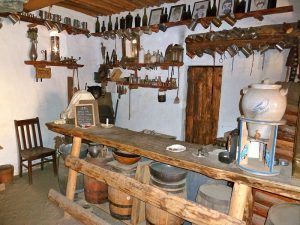 Starting in 2003, the South Platte Valley Historical Society began reconstructing Fort Lupton, using some of the original adobe bricks and part of an original wall, at a location several hundred feet south of the presumed original site. It opened in September 2011. The reconstructed fort is located at the South Platte Valley Historical Park, which also includes an old schoolhouse and a homestead from the gold rush era. The reconstructed fort includes living quarters, trade rooms, blacksmith and carpenter shops, a tavern room, and storage room with historic artifacts. The original site of the fort is an archaeological site.

The South Platte Valley Historical Park is located northwest of the city of Fort Lupton off of Highway 85 at 2001 Historic Park Way. It is open from May 1 to Oct 31 on weekends only.