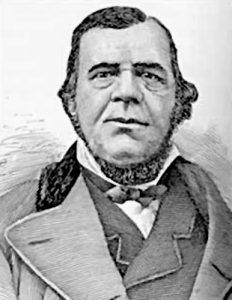 Fort St. Vrain, built by Ceran St. Vrain and brothers William and Charles Bent in 1837, the fort was a non-military location that served as a trading post for the Bent, St. Vrain & Company.

Located near present-day Platteville, Colorado, the fort was built much like Bent’s Old Fort in southeastern Colorado. The fort was a significant trading post on the Platte River until it was abandoned in 1848. Later, it became the first post office and courthouse site for what would become Weld County, Colorado.

After it was abandoned for these purposes, it was unfortunately allowed to fall into ruins, and by 1951 so little was left, the site was leveled. Today, only a monument remains to mark the site.