Queen Anne’s War was the second in a series of French and Indian Wars fought in the Thirteen American Colonies over control of the North American continent between 1702 and 1713. Occurring during the reign of Queen Anne in Great Britain, it was contemporary with the War of the Spanish Succession in Europe, which was fought to prevent the union of the French and Spanish thrones following the death of King Charles II of Spain.

During the 11 years that the war took place, British and French colonial forces, with their Indian allies, raided and attempted to capture several border settlements. Spain was also allied with France.

The war began in November 1702 when English provincial forces and their native allies, under the command of Carolina’s governor James Moore, began an attack against the Spanish colonial fortress of Castillo de San Marcos at St. Augustine, Florida. Moore was unsuccessful, and the attack resulted in several battles and raiding expeditions between Spanish Florida and Carolina. English colonists also engaged the French at Mobile, Alabama, with allied Indians on both sides. The southern war did not result in significant territorial changes but nearly wiped out much of Florida’s Indian population and destroyed the network of Spanish missions in Florida. 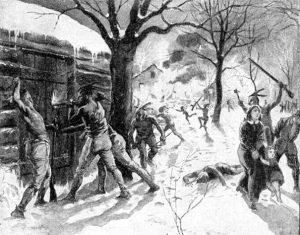 Further afield, French colonists and the Wabanaki Confederacy sought to thwart New England’s expansion into Acadia, whose border New France defined as the Kennebec River in southern Maine. They executed raids in the Province of Massachusetts Bay which included Maine. In 1704 the French and their Indian allies attacked a British colony in Deerfield, Massachusetts, during which an estimated 112 people were taken captive and nearly 50 people were killed. It was one of the bloodiest attacks in Queen Anne’s War. Of those taken captive, 17 more died as they made their way to Canada.

In the summer of 1706, Charleston, South Carolina, repulsed an attempted raid by French and Spanish fleets.

In 1707 the British failed to take Port Royal, an important French fortress and the Acadian capital. This mission was attempted several more times by the British and their allies before they finally succeeded in 1710 when the French ruled Acadia and became British-ruled Nova Scotia.

In 1708 the French attacked and razed Havenhill, Massachusetts.

In 1709 the French were greatly concerned that their current fort would not protect them from the looming Englishmen and their allies, so they built Fort Chambley, a fort made of stone near the Richelieu River in Quebec. 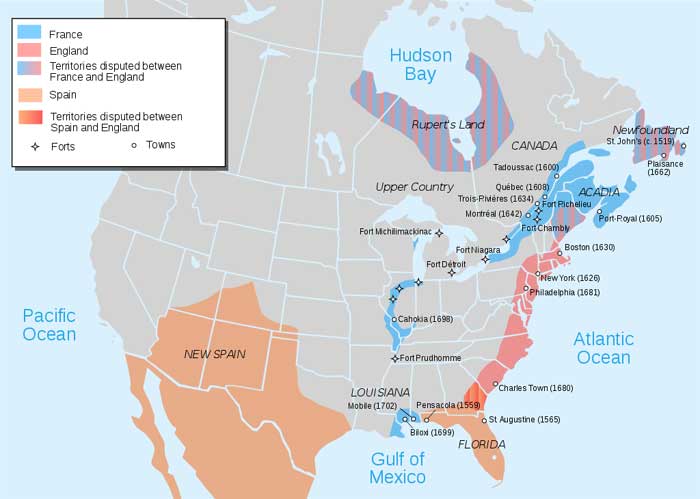 During these years, French privateers inflicted severe losses on New England’s fishing and shipping industries. The privateering was finally curbed in 1710 when Britain provided military support to its American colonists.

In 1712 the battles between the English, the French and the Spanish, and their Native American allies ceased due to peace negotiations taking place in Europe. Finally, in 1713, the Treaty of Utrecht was signed, bringing an official end to Queen Anne’s War and the War of Spanish Succession in Europe.

Ultimately, the British gained control over Nova Scotia (formerly the French Acadia), Newfoundland, the Hudson’s Bay region of Canada, and the Caribbean island of St. Kitts. The French were also required to recognize British authority over the Iroquois. The French retained Cape Breton Island and other islands in the Gulf of St. Lawrence.

However, some treaty terms were ambiguous, and concerns of various Indian tribes were not included, thereby setting the stage for future conflicts. Relations deteriorated between Carolina and the nearby Indian populations, resulting in the Yamasee War of 1715. Father Rale’s War shifted power in the northeast a few years later.