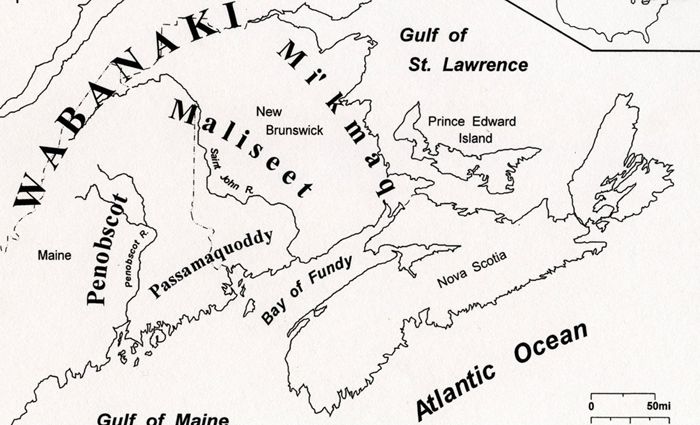 The Wabanaki Confederacy consisted of several northeastern Algonquian-speaking tribal nations. The five principal tribes were the Mi’kmaq, Maliseet, Passamaquoddy, Abenaki, and Penobscot. The name roughly translates as “People of the First Light” or “People of the Dawnland.” The tribes formed the Confederacy after increasing raids by their ancient Iroquois enemies.

They primarily lived in an area they called Wabanahkik (“Dawnland”), which was known to European settlers as Acadia. These ancestral homelands stretched from Newfoundland, Canada to the Merrimack River Valley in New Hampshire and Massachusetts.

Mount Desert Island and Acadia National Park in Maine were in the center of Wabanaki traditional homelands for thousands of years. Long before Europeans arrived, the Wabanaki traveled here in seaworthy birchbark canoes. Setting up temporary camps near places like Somes Sound, they hunted, fished, gathered berries, harvested clams, and traded with other Wabanaki. Some called Mount Desert Island “Pemetic,” meaning “range of mountains.”

When Europeans first arrived on the shores of Northeast America, they encountered several large alliances, some even crossing cultural or language boundaries. Early on, the French forged ties of friendship with the Algonquian tribes inhabiting the northern Atlantic seaboard.

Within decades of their first encounters with Europeans, the tribes’ population was severely reduced by diseases and inter-tribal conflicts. 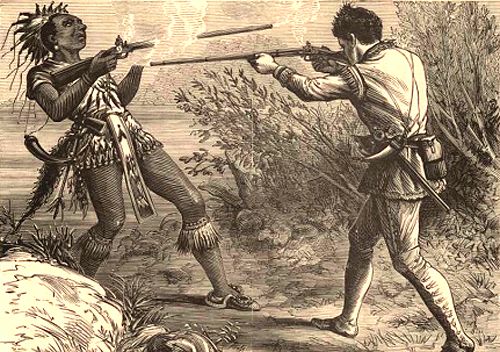 The confederacy’s territorial homeland became a hotly contested borderland between the English of colonial New England and French Acadia following the European settlement in the early 17th century. Members of the Wabanaki Confederacy, siding with the French, participated in six major wars before they were defeated by the British. These included:

The British declared the Wabanaki Confederacy forcibly disbanded in 1862 in present-day Canada. However the five Wabanaki nations still exist, continue to meet, and the Confederacy was formally re-established in 1993. Today, each tribe has a reservation and government headquarters located within their territories throughout Maine. 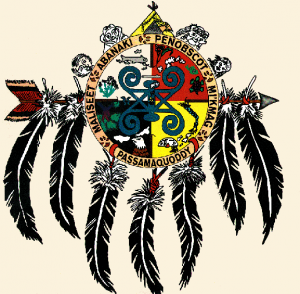