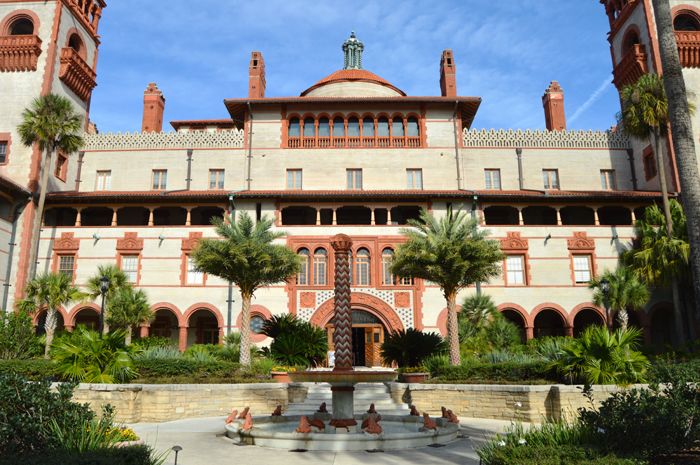 Haunted St. Augustine, Florida – Located in Northeast Florida, St. Augustine is the oldest continuously occupied European-established settlement and port in the continental United States. It is appropriately called the “Nation’s Oldest City”, and to many of the locals, it is known as the “Ancient City.” After more than 450 years, it is also said to be one of the most haunted cities in America. Among its iconic buildings, military forts and facilities, and historic streets, a number of ghostly spirits are said to linger due to war, sickness, and death.

At Castillo de San Marcos, the oldest existing permanent seacoast fortification in the continental United States, a female apparition roams the ground, as well as Spanish soldiers on patrol, and the ghost of a Seminole Indian who was imprisoned there who seemingly leaps to freedom from the high fortress walls. Henry Flagler, who began to build the Hotel Ponce de León, now the Flagler College, seemingly doesn’t want to leave. The old Huguenot Cemetery is said to so haunted that it is often referred to as “Spirit Central”. At the Lighthouse, there are numerous reports of ghosts who continue to reside on the grounds, some of whom are believed to be previous lightkeepers and their families. More haunting tales can be found at the Spanish Military Hospital, the Old Jail, and the St. Francis Inn.

Because of St. Augustine’s long history of hauntings, there are several ghost tours in the city.