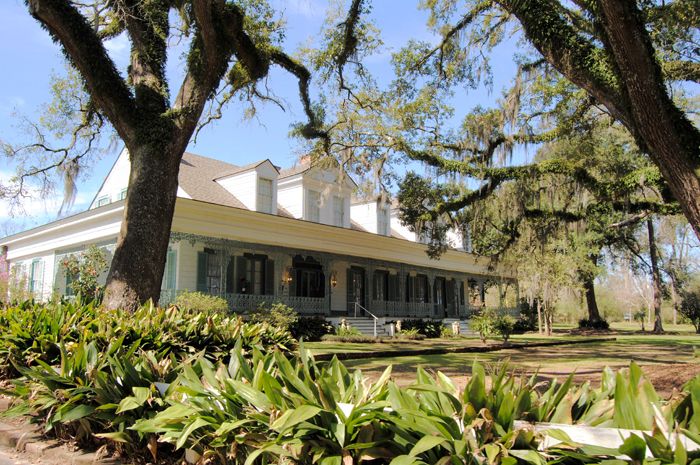 Myrtles Plantation, St. Francisville, Louisiana – Built in 1796 by General David Bradford and first called Laurel Grove, the antebellum plantation near Baton Rouge operates as a bed and breakfast today and offers historical and mystery tours. Said to be one of the most haunted homes in America, a number of theories abound as to why it is so haunted. But, when one learns the history of this old building, it becomes more clear. First, it was allegedly built on the site of an ancient Indian burial ground and after the house was done, ten murders were committed within her walls. There are a number of strange events that occur within the mansion including handprints in the mirrors, the sound of footsteps on the stairs when no one is their, strange smells and objects that move or disappear. there are allegedly a number of spirits that remain within the building including a French woman who wanders from room to room, a ghost who sits at the grand piano playing the same chord over and over again, and a young girl who only appears just before thunderstorms.

But, the most famous apparition of the home is a woman named Cloe. A slave, she became her master’s mistress, and when he tired of her, she began to eavesdrop on the family. When she was caught, she had her ear cut off and sent to the fields to work as punishment. As revenge, she poisoned a family birthday cake, which killed the family’s two children and the mother. The other slaves, fearful of the plantation owner’s wrath, dragged Cloe out of the house and hanged her. The spirit of Cloe, as well as the two children and the mother, are said to remain within the house.