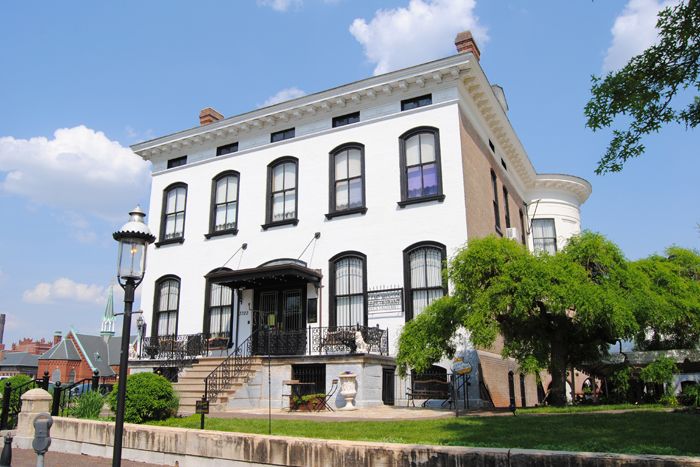 The Lemp Mansion in St. Louis, Missouri by Kathy Weiser-Alexander.

Lemp Mansion, St. Louis, Missouri – Said to be one of the ten most haunted places in America, the Lemp Mansion in St. Louis, Missouri, continues to play host to the tragic Lemp family. Over the years, the mansion was transformed from the stately home of millionaires to office space, decaying into a run-down boarding house, and finally restored to its current state as a fine dinner theatre, restaurant and bed, and breakfast. The scene of triumph and tragedy, with a background of intrigue, scandal, and suicide, visitors have reported a wide range of phenomena at the Mansion. Tales of phantom guests sitting on chairs and misty white apparitions appearing throughout the mansion are often told. Candles are said to mysteriously light of their own accord and the smell of cigar smoke fills the area in the non-smoking environment. Guests have claimed to have felt someone stroking their hair in the night and receiving phantom phone calls. Personal items have been known to disappear or be moved.

St Louis – Gateway to the West