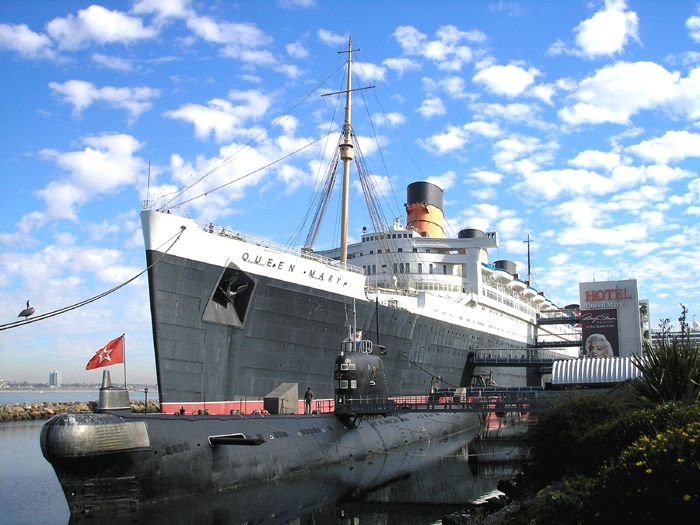 The Queen Mary, Long Beach, California – Resting in Long Beach Harbor is the HMS Queen Mary, a colossal ship that was bigger, faster and more powerful than the Titanic. The 1,000-foot ship began her life when the first keel plate was laid in 1930 at the John Brown shipyard in Clyde, Scotland. The depression held up her construction between 1931 and 1934, but she was finally completed, making her maiden voyage on May 27, 1936. After 1,001 successful Atlantic crossings, she was permanently docked and soon became the luxury hotel that she is today. Today, the museum-hotel ocean liner is said to be called home to a number of ghosts including ghostly children playing by the pool and the spirit of a seventeen-year-old sailor killed while escaping a fire. More odd occurrences have been made in a number of first-class staterooms. Here, reports have been made of a tall dark haired man appearing in a 1930’s style suit, as well as water running and lights turning on in the middle of the night, and phones ringing in the early morning hours with no one on the other end of the line.

In the third class children’s playroom, a baby’s cry has often been heard, which is thought to be the infant boy who died shortly after his birth. Other phenomenon occurring throughout the ship, are the sounds of distinct knocks, doors slamming and high pitched squeals, drastic temperature changes, and the aromas of smells long past.

Editor’s Note:  We loved our visit to the Queen Mary. Very stately ship. We didn’t stay overnight, but we got a few odd feelings as we toured.

The Queen Mary: A Haunting Like No Other (more about the only officially sanctioned paranormal investigation of the ship)