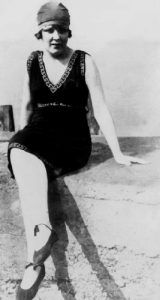 Contrary to popular belief, she did not “hold on to the Matchless as it will pay millions again,” as some have incorrectly reported were Horace Tabor’s deathbed words. The Matchless Mine had long since been lost to foreclosure and had failed to produce, even with several new attempts on the part of the new owners. Baby Doe was living in the tiny cabin only due to the generosity of the current owners of the worthless mine, where she scribbled page after page of her increasingly paranoiac and, ultimately delirious thoughts.

As years passed, Baby Doe, with no income and unable to buy anything, would rap her feet in burlap sacks held with twine. When sick, she would doctor herself with turpentine and lard. With the help of creditors and through the kindness of her Leadville neighbors, she was supplied with the bare necessities of life. However, food and clothing sent to this very proud woman was sent back unopened. 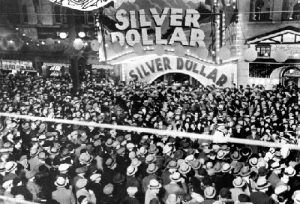 When a movie about Baby Doe Tabor came out in 1932, the promoters offered to pay her and her expenses if she would attend the premiere in Denver. She refused, and in fact, would never see the movie because it was about her old life. A year later a friend, who was a priest, and two lawyers tried to talk her into suing the movie producers for libel, promising her that she would receive $50,000. Again, she refused, this time stating that she didn’t need the money because the Matchless Mine was getting ready to provide her with many more times that amount.

However, the movie did bring her publicity, which resulted in her receiving several sympathetic letters, often including money. This money, she accepted, as it did not fall under her definition of “charity.” 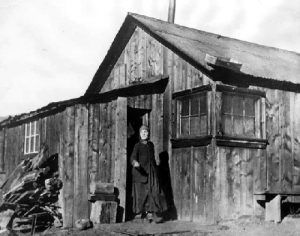 On February 20, 1935, Baby Doe literally struggled to get to town for a few supplies, and a grocery delivery man had given her a ride back from town, checking to make sure that she had food, water, and wood. She wrote in one of her endless diaries: “Went down to Leadville from Matchless – the snow so terrible, I had to go down on my hands and knees and creep from my cabin door to 7th Street. Mr. Zaitz driver drove me to our get off place and he helped pull me to the cabin. I kept falling deep down through the snow every minute. God bless him.”

He was the last person to see her alive. The snowstorm continued to rage for several days before it finally cleared. Neighbors, who had routinely kept an eye on her, became alarmed when they didn’t see smoke curling up from her chimney. On March 7, 1935, the two of them slogged through the 6-foot snow drifts and discovered the tiny, 81-year-old-woman dead and lying frozen on her cabin floor. Later reports said she had suffered a heart attack. 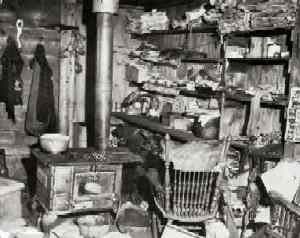 Her body was sent to Denver and buried at Mt. Olivet Cemetery next to her beloved husband, Horace. The cabin at the Matchless Mine, where she spent so many solitary years, was ransacked by souvenir hunters who made off with many of her things. Photographs of the cabin after her death depict a slovenly mess, but Baby Doe, though a bit of a pack-rat, was said to have neat and tidy, the mess created by those who invaded her home after her death. After her death, 17 iron trunks that had been placed in storage in Denver were opened, as well as several gunny sacks and four trunks that had been left at the St. Vincent’s Hospital in Leadville.

All that was left from the Tabor fortune were several bolts of unique, untouched and quite exquisite cloth, several pieces of china, a tea service and some jewelry, including a diamond and sapphire ring. The famous watch fob and chain given to her husband, Horace Tabor, at the opening of the $700,000 Tabor Opera House in Denver was also found, along with several memorabilia pieces. 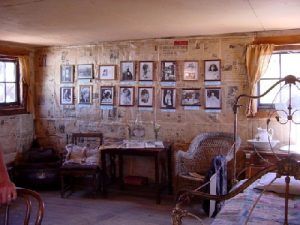 Baby Doe became a legend, the subject of two books and a Hollywood movie. Eventually, her story would find its way into two operas, a stage play (in German), a musical, a screenplay, a one-woman show, and countless other books and articles.

The last man to enter the mine, in 1938, reported there was still abundant silver, but not enough to justify the expense of bringing it out.

The Matchless Mine and Baby Doe’s one-room cabin, with its plank floor and small pot belly stove, has been restored as accurately as possible. Old newspapers, similar to those she used for insulation, cover the walls, providing an atmospheric backdrop for historic photographs of the Tabors and other memorabilia that contrasts Baby Doe’s two very different lives.  Most of the period furnishings were added later but a few authentic items remain, such as a delicate white silk scarf from the good years and the magazines, which show a pretty woman with a rosebud mouth and a fuss of curls, her looks enhanced by expensive jewelry. 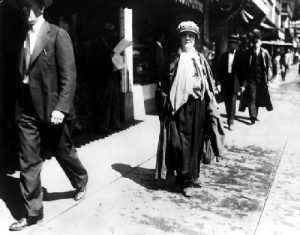 Baby Doe’s later life is represented by a worn leather satchel that sits in the corner of the room and appears in a photo taken only a few years before she died. Her most prized possession was a framed statue of the Virgin Mary, which hangs on the wall above a narrow, quilt-covered bed. Baby Doe, who turned to religion and a sort of mysticism as time went by and her isolation grew, also used a calendar on display to keep track of the dates on which she said she communed with spirit voices.

Such objects add a haunting air as you soak up the ambiance of the small cabin, which was formally dedicated as a public historic site in 1953. The surrounding images add to the effect as knowledgeable guides spin a true story that helps bring the era and the cabin’s former occupant to life.

The 365-foot Matchless, located in an area called Fryer Hill, was permanently covered when the cabin was opened to the public. But you can peer down into the mine’s grim, shadowed belly or look up at the wooden head frame to contemplate a rusting iron bucket used to lower miners starting a grueling 12-hour shift, for which they were paid the grand sum of $3 a day. 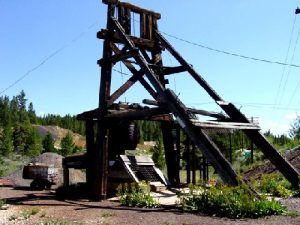 Headframe at the Matchless Mine, by Kathy Weiser-Alexander.

The cable and pulley system that controlled the bucket were located in the nearby hoist house, which also holds a blacksmith shop with the mine’s huge, original bellows. The hoist house also displays an intricately detailed scale model of the Matchless, which had seven levels, or shafts, to bring in the fresh air.

Outside the small cluster of buildings, the sun brightens a deceptively mild-looking landscape, where winter temperatures have been known to drop to 50 degrees below zero.

The Matchless Mine and Baby Doe’s cabin, located 1.2 miles east of Leadville on East 7th street, is open 9 a.m.- 4:45 p.m. daily Memorial Day through Labor Day and by appointment the rest of the year. Call 800-933-3901 for more information. The Leadville area chamber of commerce maintains a Web site at www.leadvilleusa.com.

Leadville today still holds many memories of its glorious past as well as the impact the Tabors had on this colorful community.