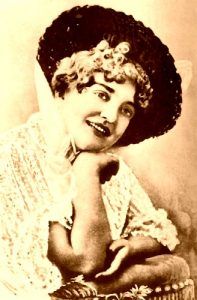 Baby Doe Tabor was a divorced woman who got involved with a married man named Horace Tabor in Colorado. Tabor, a wealthy politician, soon divorced his wife to mary Baby Doe, causing a major scandal. She went from rags to riches overnight and lived a lavish lifestyle until she lost it all and died penniless.

Baby Doe was born Elizabeth McCourt in 1854 to Peter and Elizabeth McCourt in Oshkosh, Wisconsin. She grew up in a middle-class family. Her father was a partner in a local clothing store and owner of Oshkosh’s first theater, McCourt Hall. When she was old enough, she worked in her father’s store, where she met many fashionable young men.

She married a man named Harvey Doe in 1877, and the two soon boarded a train to Central City, Colorado, where Harvey intended to make his fortune. However, Harvey was a heavy drinker, a poor provider, and drifted from one job to another. Baby Doe soon divorced him and moved to Leadville, Colorado, where she met the millionaire “Silver King,” Horace Tabor. Almost immediately, the pair were infatuated with each other. Tabor ended up leaving his wife, Augusta, and the couple married, causing a major scandal. 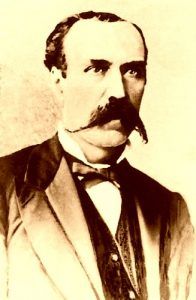 Living flamboyantly, they spent their millions lavishly, but try as she might, Baby Doe would never be accepted in Denver society. They had two children, Lillie and Silver Dollar, who would benefit from Horace’s vast wealth in their early years.

However, in 1893, the fairytale ended when the country moved to the gold standard. Silver, Horace’s central holding, along with parcels of highly mortgaged property, came crashing down, along with the Tabors’ fortune and lifestyle. They were forced to sell their Capitol Hill mansion, rented a cottage, and at the age of 65, Horace went to work shoveling slag from area mines at $3.00/day until he was finally appointed postmaster of Denver just a year before his death.

Many people who disliked Baby Doe predicted that she would divorce Tabor if he ever lost his fortune. However, Baby Doe was loyal and devoted to her husband until the end. In April 1899, Horace died. Baby Doe, just 38 years old, would never again live a lavish lifestyle. She ended up returning to Leadville, taking up residence in the one-room, 12 by 16-foot structure that initially served as a tool shed at the Matchless Mine that had made the Tabor fortune. She died there, penniless, and was found on March 7, 1935. She was 81 years old.