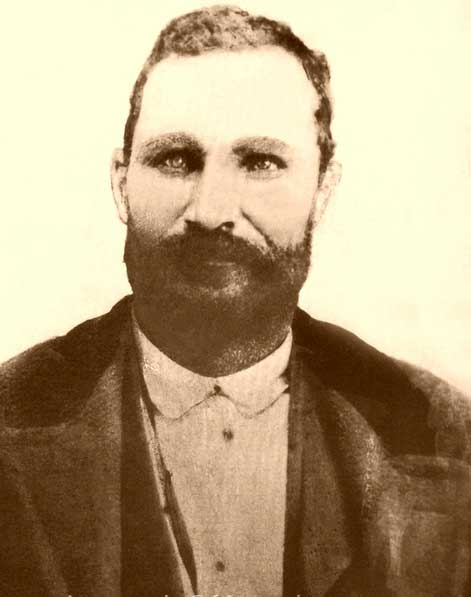 Though not the most well-known of the Old West’s infamous characters, John Henry Selman’s life was undoubtedly one of the most notorious. Sometimes referred to as “Old John” or “Uncle John,” he would variously operate in several roles, including a soldier, lawman, vigilante, and vicious outlaw.

Born in Madison County, Arkansas, on November 16, 1839, the family moved to Grayson County, Texas, in 1858. A few years later, on December 16, 1861, Selman’s father died, and the young man joined the 22nd Texas Cavalry, fighting as a private in the Civil War. However, within 15 months, he deserted from Fort Washita, Oklahoma, in April 1863.

He then moved to Stephens County, where, in 1864, he enlisted in the Texas State Militia. He must have done a better job in this regiment, as the following year, he was promoted to lieutenant in April 1865.

On August 17, 1865, he married Edna Degrafenreid, soon pregnant with his first son. Over the years, the couple would have four children. Selman briefly moved his family to Colfax County, New Mexico, before returning to Texas and settling in Fort Griffin. 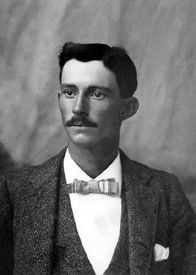 He began work as a deputy sheriff under Shackelford County Sheriff John M. Larn. Fort Griffin during these days was a very lawless place, filled with several notable characters that Selman, no doubt, came in contact with. In the decadent settlement called the “Babylon on the Brazos” were the likes of  Doc Holliday, Wyatt Earp, Big Nose Kate, Dave Rudabaugh, Lottie Deno, Pat Garrett, and John Wesley Hardin.

Sheriff John Larn, however, was not what he appeared to be. Shortly after taking the sheriff’s position, Larn had entered into a private contract with the local territorial garrison to deliver three steers of cattle per day. However, Larn had no intention of filling these contracts legally. When Selman came on board, the pair rustled the cattle from neighboring ranchers. Before long, instead of controlling the area crime, Larn and Selman controlled the vigilantes, rustling even more cattle and otherwise terrorizing the county.

However, suspicions were soon raised as several ranchers noticed that while their herds were slowly shrinking, Larn’s remained unaffected. Larn resigned as sheriff on March 7, 1877, and was replaced by deputy William Cruger. He and Selman then moved to outright cattle rustling. The pair perpetrated several violent acts as they drove off cattle, shot horses, and fired potshots at the homes of terrified citizens.

Finally, a warrant was issued for Larn’s arrest in June 1878, and William Cruger was tasked with arresting his former boss. On June 22, Larn was taken to the Fort Griffin jail, where Cruger had the local blacksmith shackle Larn to the cell floor to prevent a breakout by Larn’s supporters. Instead, the Tin Hat Brigade stormed the jail the next night, intending to hang Larn. They shot him in his cell when they found they couldn’t lynch the shackled man.

Selman wisely disappeared, next landing in lawless Lincoln County, New Mexico. There, he formed a gang of vicious outlaws called Selman’s Scouts. In September and October 1878, the Scouts rustled horses and cattle, murdered innocent men and boys, and pillaged businesses and homes. They were finally stopped when Governor Lew Wallace issued a proclamation threatening martial law.

Selman returned to Texas, and his wife died in 1879. The following year, he was captured by Texas Rangers and taken to Shackelford County to stand trial for his previous crimes. However, he soon escaped and made his way to Chihuahua, Mexico, where he lived until 1888 when the Texas charges were dropped.

He then moved to El Paso, where he remarried and made his living primarily as a gambler and sometimes as a City Constable.

On April 5, 1894, John Selman met Texas Ranger Bass (Baz) Outlaw. Outlaw, who was in a drunken stupor, made his way to Tillie Howard’s brothel and Selman followed. As Selman sat in the parlor, Outlaw made his way to the back. A short time later, Bass dropped his gun, and it accidentally went off. All hell broke loose. Selman and Texas Ranger Joe McKidrict, who was in the neighborhood, ran to see about the commotion.

As both tried to calm down the drunken gunman, Outlaw pointed his gun at McKidrict and shot him in the head and back, killing him instantly. Outlaw then fired at Selman, nearly striking him in the face and causing deep powder burns. Selman returned fire, hitting Outlaw just above the heart. As Bass staggered back, he fired two more shots, hitting Selman above the right knee and in the thigh. Bass then staggered into the street, where they surrendered to Texas Ranger Frank McMahon. He died four hours later. John Selman was put on trial for killing Outlaw, but the judge instructed the jury to find him not guilty.

The following year, on August 19, 1895, Selman arrested John Wesley Hardin’s prostitute girlfriend. Unhappy, Hardin confronted Selman, and the two argued. Hardin then went to the Acme Saloon, where he began playing dice. Just a short time later, Selman followed him into the saloon and, without notice, shot Hardin three times from behind, killing him.

While out on bond, he ran into U.S. Deputy Marshal George Scarborough, who had been close friends with another man Selman had killed. In no time, their talk elevated into a dispute, then to gunplay. In the end, Scarborough shot Selman four times. Selman died on April 6, 1896, and Scarborough was acquitted of murder.

Selman was buried in El Paso’s Concordia Cemetery in the Catholic section, but his grave was unmarked, and all attempts to locate it have been unsuccessful.

Scarborough was mortally wounded in a gunfight with two robbers and died on April 5, 1900, four years after he shot John Selman.