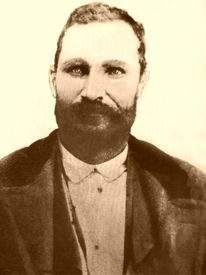 Selman’s Scouts was an outlaw gang led by John Selman, who acted as both an outlaw and a lawman at various times. Facing theft charges in Fort Griffin, Texas, Selman made his way to Lincoln County, New Mexico, where he pulled together several rough characters to form the “Scouts.” Unlike the other gangs that operated in the area at the time, such as the Jesse Evans Gang, John Kinney Gang, and the Seven Rivers Warriors, Selman’s Scouts had no pretext of fighting for a cause, such as those who fought in the Lincoln County War. Instead, they only wanted to take advantage of the current already lawless state of the county.

For two months, during September and October 1878, the gang members terrorized the county by rustling cattle and horses, killing innocent men and boys, pillaging businesses and homes, and raping women. Though posses of Lincoln County citizens pursued the gang, the violence continued until New Mexico Governor Lew Wallace issued a proclamation threatening martial law if the lawlessness did not stop. Selman soon fled back to Texas to find new trouble for himself, and the reign of terror ended.

Reason Gobles – Disappeared in 1879 into Texas.

Caleb Hall, also known as The Prowler, John Collins, and Sam Collins, was a former John Kinney Gang member. He died of natural causes at Cripple Creek, Colorado, on March 12, 1935.

Ed Hart – A former John Kinney Gang member, he was shot and killed by John Selman in Lincoln County, New Mexico, in September 1878 for allegedly attempting to assume the role of a gang leader.

Charlie Moore was robbed and killed by unknown persons in White Sands, New Mexico, in December 1878.

John Selman – The leader of the gang, Selman, was shot and killed by George  Scarborough in El Paso, Texas on April 5, 1896.

Charles Snow – Also known as Charles Johnson, he later joined up with the Clanton Gang and was shot and killed by Mexicans in an ambush in Guadalupe Canyon, Arizona, on August 12, 1881.

Bob Speakes – A former Seven Rivers Warrior, he enlisted in the Texas Rangers in 1880, was quickly discharged after his past was unearthed, and disappeared.