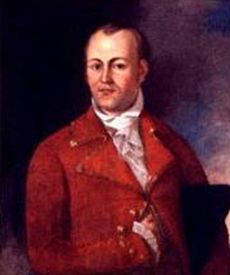 The Chouteau’s were early French traders and trappers who operated west of St. Louis, Missouri, in the latter part of the 1700s and early 1800s. Their prominent name among explorers began with Auguste Chouteau. One of the founders of the city of St. Louis, Auguste, was born in New Orleans, Louisiana, on August 14, 1750. In early 1764, although not yet 14 years of age, he was sent up the Missouri River from Fort Chartres, Illinois, by his stepfather, Pierre Liguest. With a company of 30 men, he was to select a site for a trading post, and it is said that the boy’s suggestions led to the selection of the spot where St. Louis now stands. After Liguest’s death, Auguste succeeded in the business and later formed a partnership with John Jacob Astor, which was the inception of the American Fur Company. In 1794 he built Fort Carondelet in the Osage country in what is now Vernon County, Missouri.

He was commissioned colonel of the militia in 1808; and, in 1815, was appointed one of the commissioners to make treaties with the Indians who had fought on the British side in the War of 1812; the other two commissioners were Ninian Edwards and William Clark.

In St. Louis, he served as Justice of the Peace and as Judge of the Court of Common Pleas; was the first president of the Bank of Missouri and held other important positions. His policy in dealing with the Indians was to treat them fairly, and he enjoyed their confidence and friendship until his death, which occurred on February 24, 1829. 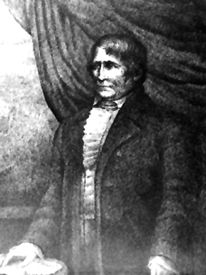 Jean Pierre Chouteau, a brother of Auguste, was born in New Orleans, Louisiana, on October 10, 1758, and as soon as he was old enough, he also engaged in the fur trade. He established several trading posts in the Indian country, one of which was on the upper Osage River in southwestern Missouri. Soon after Louisiana was ceded to the United States, he gave up the fur trade and became a merchant in St. Louis, where he died on July 10, 1849.

About 1825, Frederick, Francis G., and Cyprian Chouteau, sons of Pierre Chouteau, Sr., received a license to trade with certain Indian tribes west of the Missouri River and immediately set about establishing trading posts in their new domain. As there were no roads then, their goods were transported through the woods on the backs of pack horses.

Francis G. Chouteau started a post on an island three miles below Kansas City, but the flood of 1826 washed it into the river. He then went about ten miles up the Kansas River and established a new post. For some time, he was superintendent of the trading posts of the American Fur Company. In 1828 he established his residence in Kansas City, where he passed the remainder of his life, his son, P. M. Chouteau, succeeding to the business.

Frederick Chouteau was born in St. Louis in 1810. When he first came to the Kansas Valley in 1825, he and his brother Cyprian first built trading houses about five miles above Wyandotte (Kansas City, Kansas) on the south side of the  Kansas River, where they traded with the Shawnee and Delaware Indians. A little later, another post was established farther up the river. In a letter to W. W. Cone of Topeka, Kansas, dated August 11, 1879, Daniel Boone said:

“Frederick Chouteau’s brother established his trading post across the river from my father’s residence the same fall we moved to the agency in the year 1827.”

Two or three years later, Frederick Chouteau went up the river to the mouth of Mission Creek, about ten miles above the present city of Topeka, Kansas, and opened a trading post there, taking his goods up the Kansas River in keelboats. This post was maintained until about 1842 when it was abandoned, and a new one was started on Mill Creek in present-day Johnson County, Kansas. The floods destroyed everything he had in 1844 and forced him to move to higher ground. He was then engaged in the Indian trade at Council Grove, Kansas, until about 1853, when he returned to Johnson County, Kansas. William Quantrill burned him out in 1862, but he rebuilt and passed the remainder of his life in that county. Frederick Chouteau was married four times, two of his wives having been Indian women, and by his four marriages, he became the father of 11 children. 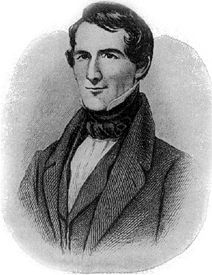 Pierre Chouteau, Jr., a grandson of Auguste, was born at St. Louis on January 19, 1789. Pierre Chouteau followed in the family’s footsteps by starting a trade with the Osage tribe at age 15. In 1813 he entered the fur trade in partnership with his brother-in-law, Bartholomew Berthold. He later was a member of the firm of Bernard Pratte & Co., the Western agent for  John Jacob Astor’s American Fur Company in 1827. He pioneered the use of steamboats on the Missouri River. In 1834, the company bought all the Missouri River interests of the Astor Fur company. It was reorganized in 1838 as Pierre Chouteau, Jr. and Company and continued until it dissolved in 1864. In the late 1850s, his health began to fail. In 1859 he lost his sight; three years later, he lost Emile, his wife of 50 years. Pierre Chouteau, Jr. died in St. Louis, Missouri, on September 6, 1865.