Surrounded by superior numbers, and by an unseen foe, we are told the little party stood a siege within the corral of five or seven days, sinking their wagon-wheels in the ground, and during the darkness of night digging trenches, within which to shelter their wives and children. A large spring of cool water bubbled up from the sand a few yards from them, but deep down in the ravine, and so well protected that certain death marked the trail of all who had dared approach it. The wounded were dying of thirst; the burning brow and parched lip marked the delirium of fever; they tossed from side to side with anguish; the sweet sound of the water, as it murmured along its pebbly bed, served but to heighten their keenest suffering. But what all this to the pang of leaving to a cruel fate their helpless children? Some of the little ones, who though too young to remember in after years, tell us that they stood by their parents, and pulled the arrows from their bleeding wounds.

Long had the brave band held together; but the cries of the wounded sufferers must prevail. For the first time, they are (by four Mormons) offered their lives if they will lay down their arms, and gladly they avail themselves of the proffered mercy. Within a few hundred yards of the corral faith is broken. Disarmed and helpless, they are fallen upon and massacred in cold blood. The savages, who had been driven to the hills, are again called down to what was denominated the “job,” which more than savage brutality had begun.

Women and children are now all that remain. Upon these, some of whom had been violated by the Mormon leaders, the savage expends his hoarded vengeance. By a Mormon who has now escaped the threats of the Church we are told that the helpless children clung around the knees of the savages, offering themselves as slaves; but with fiendish laughter at their cruel tortures, knives were thrust into their bodies, the scalp torn from their heads, and their throats cut from ear to ear.

I am writing no tale of fiction; I wish not to gratify the fancy, but to tell a tale of truth to the reason and to the heart. I speak truths which hereafter legal evidence will fully corroborate. I met this train on the Platte River on my way to Fort Laramie in the spring of 1857, the best and richest one I had ever seen upon the plains. Fortune then beamed upon them with her sweetest smile. With a fine outfit and every comfort around them, they spoke to me exultingly of their prospects in the land of their golden dreams. Today, as then, I ride by them, but no word of friendly greeting falls upon my ear, no face meets me with a smile of recognition; the empty sockets from their ghastly skulls tell me a tale of horror and of blood. On every side around me for the space of a mile lie the remains of carcasses dismembered by wild beasts; bones, left for nearly two years unburied, bleached in the elements of the mountain wilds, gnawed by the hungry wolf, broken and hardly to be recognized. Garments of babes and little ones, faded and torn, fluttering from each ragged bush, from which the warble of the songster of the desert sounds as mockery. Human hair, once falling in glossy ringlets around childhood’s brow or virtue’s form, now strewing the plain in masses, matted, and mingling with the musty mould. Today, in one grave, I have buried the bones and skulls of twelve women and children, pierced with the fatal ball or shattered with the axe. In another the shattered relics of eighteen men, and yet many more await their gloomy resting-place.

Afar from the homes of their childhood, buried in the heart of almost trackless deserts, shut up within never-ending mountain barriers, cut off from all communication with their fellowmen, surrounded by overpowering numbers, harmless citizens of our land of justice and freedom, with their wives and families, as dear to them as our own to us, were coolly, deliberately, and designedly butchered by those professing to be their own countrymen.

I pause to ask one calm, quiet question. Are these facts known in the land where I was born and bred?

I have conversed with the Indians engaged in this massacre. They say that they but obeyed the command of Brigham Young, sent by letter, as soldiers obey the command of their chief; that the Mormons were not only the instigators but the most active participants in the crime; that Mor- mons led the attack, took possession of the spoil; that much of that spoil still remains with them; and still more, was sold at the tithing office of the Church.

Such facts can and will be proved by legal testimony. Sixteen children, varying from two to nine years of age, have been recovered from the Mormons. These could not be induced to utter a word until assured that they were out of the hands of the Mormons and safe in the hands of the Americans. Then their tale is so consonant with itself that it can not be doubted. Innocence has in truth spoken. Guilt has fled to the mountains. The time fast approaches when “justice shall be laid to the line, and righteousness to the plummet.” 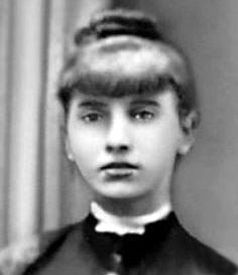 “I am the daughter of Peter Huff; my mother’s maiden name was Salidia Brown, daughter of Alexander Brown of Tennessee. I was born in Benton County, Arkansas, in 1853. My father started to move from that county in the spring of 1857, with the ill fated train bound for California. I was then a little past four years old. I can recollect my father and mother very well, as well as many little incidents that occurred about that time — our travels on the road, etc. I recollect passing through Salt Lake City, and passing through other places, and I recollect we were in a small prairie. One morning before day I was woke up by the firing of guns, and learned that our camp had been attacked, we suppose, by Indians. Some of the men folk were wounded. The men dug a ditch around our camp, and fortified the best they could. The women and children got in the ditches, and were comparatively out of danger.

The fighting went on at intervals for six days, when failing to drive our men from their fortifications, the attacking party went off. Soon afterward a party that we thought to be friends came up with a white flag, and said that they could protect us. They said they were our friends, and if we would come out and leave what we had they would take us to Cedar City, where we would be safe, and that they would protect us, and see that none of us were hurt. Our people agreed to this, and all started out, men, women and children, and left everything we had behind. When we had got out a short distance from the wagons, where we had been fortified, we came to a place where tall sage brush was growing on both sides of the road, and as we were passing through this place we found we were trapped, as men had hid in it, and began to shoot among us, and then rushed upon our people from both sides, killing everybody they came to. Captain Baker had me in his arms when he was shot down, and fell dead. I saw my mother shot in the forehead and fall dead. The women and children screamed and clung together. Some of the young women begged the assassins after they had run out on us not to kill them, but they had no mercy on them, clubbing them with their guns and beating out their brains.

Some of the murderers were white men and some I supposed were Indians from their dress. At the close of the massacre there was eighteen children still alive, one girl, some ten or twelve years old, they said was too big and could tell, so they killed her, leaving seventeen. A man, I afterward learned to be named John Willis, took me in his charge (the children were divided) and carried me to his house the next day in a wagon; he lived at Cedar City and was a Mormon; he kept me there that winter. Next spring he moved to a place called Toquerville. I stayed there about a year, until Dr. Forney had us children gathered up and carried us to Santa Clara, from there we went to Salt Lake City and remained two months, from there we came back to the states. I know that most of the party that did the killing were white men. The Mormons got all the plunder. I saw many things afterward.

John Willis had, in his family, bedclothes, clothing, and many other things that I recognized as having belonged to my mother. When I claimed the things, they told me I was a liar, and tried to make me believe it was the Indians that killed and plundered our people, but I knew better because I recollected seeing them kill our folks, and knew many things that they carried off that I saw in their possession afterward. I saw Willis during the massacre; he carried me off from the spot; I could not be mistaken. Living with him made me know him beyond a doubt. I saw them shoot the girl after we were gathered up. I had a sister that was nearly grown, and four brothers that they killed. I was the youngest child of our family — the only one that was spared. They kept the children all separated whilst we remained with them. The scenes and incidents of the massacre were so terrible that they were indelibly stamped on my mind, notwithstanding I was so young at the time.”