The Newton Brothers, photo from The Digital Research Library of Illinois History Journal.

By 1914 Willis Newton was fed up with being a dirt-poor cotton farmer in Uvalde County, Texas. To this, however, the town folks of Uvalde would probably have scoffed, questioning whether the man had ever really worked. By this time, Newton had already gained a reputation as a thief from a young age. Evidently, the Newton brothers had started breaking into stores when they were still kids, and before long, if something went missing, anywhere within hundreds of miles of Uvalde, it was quickly presumed to have been the fault of the Newton boys.

But breaking into stores would not meet the ambitions of four out of five of the Newton boys, as they soon progressed to robbing banks and trains.

Willis was the first to rob the railroad when he and a friend boarded a train at Cline, Texas. After taking everything of value from its passengers, they disembarked just short of Spofford in Kinney County, with some $4,700 in their pockets. Later, when Willis was in Durant, Oklahoma, he joined a gang who robbed a bank in Boswell, making off with some $10,000.

By 1919, four of the five Newton brothers – Willis, Willie “Doc,” Jess, and Joe, were serving time in different prisons for various crimes. However, Willis and Joe were released that year and Willis soon convinced his brother that they should form their own gang. The next year, “Doc” escaped from a prison in Texas and quickly joined his brothers, who were then residing in Tulsa, Oklahoma. The next spring, Jess was released, making up the final member of the gang.

Between 1919 and 1924, the Newton Gang would rob 87 banks and six trains, taking more loot than the Dalton boys, Butch Cassidy, and the James Gang, combined. Stretching all over the United States, the gang hit their home state of Texas, as well as Oklahoma, Kansas, Nebraska, Iowa, North Dakota, Illinois, Wisconsin, and even Canada.

Most of their bank heists were committed at night after they had cased the joint for several days. Using nitroglycerin, they would blow open the safes, take the cash, and quickly disappear. On one occasion, they robbed two banks in Hondo, Texas on the same night.

Though they preferred to do their “work” at night to avoid meeting anyone, they were known to commit robberies during the day on some occasions, where their victims described them as extremely polite. They went out of their way to make sure that the people in the bank or on the train were comfortable and not too upset, explaining that they would never hurt anyone. And, during these many escapades, they never did.

Amazingly, these many robberies were not connected nor were the Newton brothers ever suspected, that was until, their final robbery which, due to the large amount taken, brought down the combined forces of several law enforcement agencies. 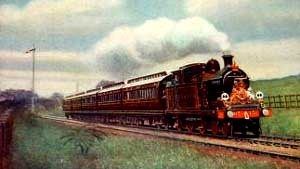 On June 12, 1924, the Newton boys, joined up with two Chicago gangsters, a Chicago racketeer, and a postal inspector, and robbed a train at Rondout, Illinois, netting them more than three million dollars. It was the largest train robbery in history.

Boarding a mail train in Chicago, the Postal Inspector, named William J. Fahyand, along with Willis Newton, forced the train to stop at Rondout and demanded that the mail sacks containing some three million dollars in cash and securities be thrown from the train, enforcing their demands by firing bullets and tear gas into the mail car. In the confusion, Willie “Doc” Newton was hit in the leg by a stray bullet. With the cash, the Newton boys loaded the wounded Willie into a waiting car and took off.  However, while they were loading him up, a bystander heard one of them call him “Willie,” which gave authorities a lead on the outlaws.

A few days later, when the police got a tip that a wounded man was being cared for in a northside Chicago house, they followed up and the gang’s plans began to unravel.  Within days, Doc, Willis, and Joe Newton had been arrested. However, brother Jess had managed to get out of Chicago and headed towards Texas with about $35,000 in cash from the robbery.

But Jess made a mistake when he decided to get drunk in San Antonio. Sure that he needed to hide the stolen loot, he hired a cab that took him into the country, where he buried the cash.  The very next day, he decided he should go to Mexico and returned to dig up the money. However, he couldn’t remember where he buried it. He even located the cab driver who had driven him the night before, but as it turned out, the cab driver had also been drinking and he wasn’t able to remember where they had gone either. After searching for some time, Jess finally abandoned the idea and headed to Mexico anyway. But his freedom was short-lived when a federal agent located him in Via Acuna and brought him back across the border.

All eight were eventually arrested and except for about $100,000 the stolen loot was returned in exchange for lighter sentences.  All eight went to prison, with William J. Fahy, the postal official who had masterminded the robbery, receiving the longest sentence of 25 years in the Federal Penitentiary at Leavenworth, Kansas. 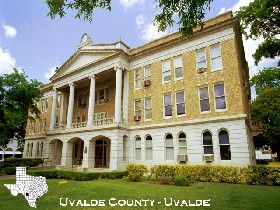 After serving their time, the Newton brothers were released from prison and returned to their home town of Uvalde, Texas. Jess Newton lived the remainder of his life as a cowboy in Uvalde. He died on March 4, 1960.

In 1973, Willis Newton was implicated in a bank robbery in Bracketville, Texas, but there wasn’t enough evidence to prove a case against him. Willis died in August of 1979.

Joe Newton became the owner of a cafe along with other small businesses in Uvalde. He died at age 88 in February of 1989.

As to the missing $100,000, it has never been found, even though the Newton brothers, themselves, hunted for it after their release from prison. Willis said that Jess buried the money on top of a hill, where he dug a hole and put a large rock over it.  In court and under oath, Jess had testified that he buried the money somewhere along Fredericksburg Road but from what he told his brothers, Willis was convinced it was more likely on the road to Bandera.

“We never killed anybody and we never wanted to. All we wanted was the money… Robbing banks and trains was our way of getting it. That was our business.”

Found on Youtube, Johnny Carson interviews Joe Newton in November of 1980, with clips of Willis Newton edited in from a previous documentary.  Hat tip to Paul Mosley of Texas for pointing us to this.