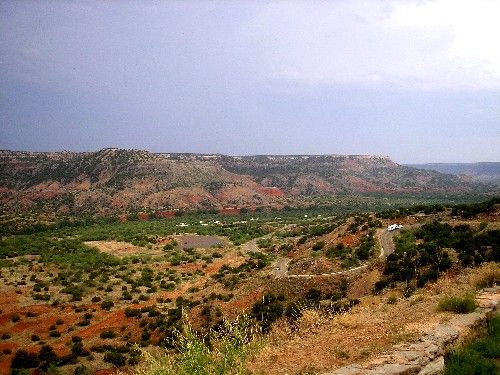 Less than a half-hour drive south of Amarillo, Texas is the mysterious terra cotta badlands of Palo Duro Canyon, dubbed the “Grand Canyon of Texas”.

Coming off the staked plains of the Texas Panhandle, this 60-mile-long and 800-foot-deep canyon is a surprise among these treeless plains. Surrounded by miles of open land and endless skies, visitors will be amazed at the towering cliffs, banded by a myriad of colors, and the amazing rock formations carved over millions of years by the Prairie Dog Town Fork of the Red River.

The second-largest canyon in the United States, the term “Palo Duro” means “hardwood” in Spanish, and was named by those first explorers for the canyon’s abundant mesquite and juniper trees from which the Indians made their “hardwood” bows.

The first humans to inhabit the canyon dates back approximately 12,000 years, when the Clovis and Folsom people first lived here, hunting large herds of mammoth and bison. 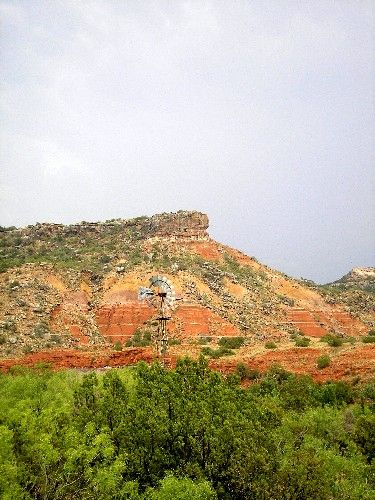 Later, the tribes of the Apache, Comanche, and Kiowa utilized the canyon’s abundant resources of ample game and edible plants, as well as the protection of the canyon provided from weather and intruders.

The first European explorers to come upon the canyon were members of the Coronado expedition in 1541. At that time, the Apache people called the canyon home. Francisco Vasquez de Coronado led 1,500 men in a Thanksgiving celebration in May of 1541, which is the real first Thanksgiving in America. The Apache were later run out by the Comanche and Kiowa tribes, who had the advantage of horses brought over by the Spanish.

The canyon was first surveyed by a military team under the guidance of Captain Randolph B. Marcy in 1852. Though white settlers were beginning to migrate to the area, the canyon remained the lands of the Indians until a military expedition led by Colonel Ranald S. Mackenzie was sent in 1874 to remove them to reservations in Oklahoma. This resulted in the Battle of Palo Duro Canyon, the major skirmish of the Red River War. On September 28, 1874, Mackenzie led his Fourth United States Cavalry on an attack of the of Comanche, Kiowa, and Cheyenne encamped in the canyon. Though the tribes had forewarning of the attack, their camps were scattered over a large area on the canyon floor and they were unable to assemble a united defense. The remaining Indians continued to fight in smaller skirmishes that autumn and winter, but in the end, the Indians were defeated and forced onto reservations in Indian Territory in 1875.

In 1876, Charles Goodnight, famous for spearheading the Texas –Wyoming cattle drives, drove a herd of cattle into Palo Duro Canyon and began the first commercial ranch in the Texas Panhandle – the JA Ranch. Over the next fifty years, the canyon remained the private property of cattlemen, but over the years, it began to be an increasingly popular spot for tourists and local residents.

In 1934, the upper section of the canyon was purchased by the State of Texas and turned it into the Palo Duro Canyon State Park. Thanks to efforts by the Texas Parks & Wildlife Department and conservation groups, an additional 2,036 acres were added to the park in 2002.

Today the park, which includes more than 16,000 acres, receives over half a million visitors annually. Sixteen miles of scenic drives wind through the canyon and park activities include hiking, fishing, horseback riding, mountain biking, picnicking camping, and wildlife viewing. 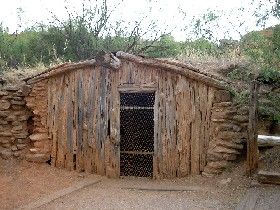 For history buffs, a replica of Charles Goodnight’s dugout cabin can be seen in the park, as well as a number of historical markers. The Visitor’s Center provides a number of exhibits pertaining to the park’s geology and history.

A summer musical pageant, Texas Legacies, is presented annually in the outdoor amphitheater from mid-June through late August. 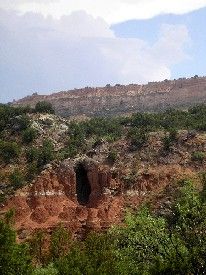