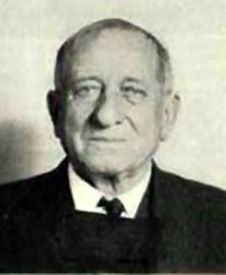 Louis H. “The Fixer” Blonger, who would become one of the leaders of the longest-running confidence rings in the American West, started his life on May 13, 1849 in Swanton, Vermont. When the boy was just five, the family moved to the lead mining village of Shullsburg, Wisconsin. When the Civil War broke out “Lou” was just 15, but enlisted in the Union Army. He soon found himself playing a musical instrument called a fife, helping to keep the marching pace of the soldiers. A Fifer was a common job of those boys who were too young to fight.

After the war, the fast-talking Lou joined up with his older brother Sam and the pair moved westward, hoping to make their fortunes in the many mining camps of Colorado, Utah, and Nevada. For the next two decades they moved from camp to camp taking various jobs working in saloons and mines, while doing a little prospecting, plenty of gambling, and practicing a number of con games in cities across the West — from Deadwood, South Dakota; to Silver City, New Mexico; to San Francisco, California.

During their vast travels, they reportedly met many of the more famous Old West personalities such as Doc Holliday, Bat Masterson, and the Earp brothers. For a short time, Lou and Sam even served as lawmen in Albuquerque, New Mexico, where they were said to have provided protection for Doc Holliday and Wyatt Earp after their infamous Earp Vendetta Ride.

By the 1880s the brothers had settled in Denver, Colorado, where they were running a saloon on Larimer Street and later on Stout Street. By the 1890s, the Blonger Brothers had become wealthy men from investments in mining claims and profits from their popular Denver saloons, which catered to gamblers and also provided “painted ladies” for their customers. They had also pocketed a significant amount of money from their various games of fraud and graft practiced on many a hapless miner. 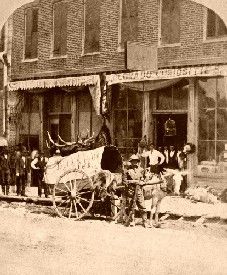 While in Denver, they practiced their cons widely, competing heavily with the already established Soapy Smith Gang. Eventually, they took over control as the king-pins of the Denver underworld and when Soapy Smith moved on in 1896, they consolidated the city’s competing gangs of confidence men into a single organization.

Operating their “business” as a “big store” con, or fake betting house, central facilities were established complete with betting windows, chalkboards for race results, and ticker-tape machines. Here, the gang members would convince unsuspecting customers to put up large sums of cash in order to secure the delivery of promised stock profits or winning bets on horse races. It was this practice that is portrayed in the movie, The Sting.  Additionally, Lou had a number of men working for him that profited as pickpockets, shell-game experts, and a number of other small-time con games. Lou’s operation was so tight, that no one was able to operate in the city without gaining his permission and “donating” a share of their proceeds.

Continuing to wield their power, the Blonger Brothers influenced elections and political appointments in order to protect their racket and shield their gang members from prosecution.

In 1904, a man named Adolph W. “Kid” Duff became Blonger’s second-in-command. Duff was an experienced hand, having long been a member of several other Colorado gangs and well known as a gambler, opium dealer, and pickpocket. Together, the pair increased the profits of the “organization.”

By 1920, Lou Blonger had grown so powerful that many said he “owned” the city of Denver and was, by that time, able to fix any arrest with a phone call and was making thousands of illegal dollars a year in his extensive confidence games. Lou even had a private telephone line in his office which ran directly to the chief of police.

Though his success went on for decades, it would finally end in 1922 when District Attorney Philip S. Van Cise circumvented the corrupt Denver politicians and established his own “secret force” of local citizens. Funded by private donations, Van Cise’s men were able to arrest 33 confidence men, including Louis Blonger and “Kid” Duff. 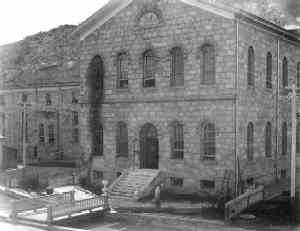 A highly publicized trial followed, where Louis Blonger and many of the other gang members were convicted and sentenced to prison at Cañon City, Colorado. Both Lou Blonger and “Kid” Duff received sentences for 7 to 10 years. Just five months after going to prison, Blonger died on April 20, 1924, at the age of 74. Duff, in the meantime, was out on bond pending another court case and committed suicide.  Lou’s older brother Sam had died some ten years earlier.