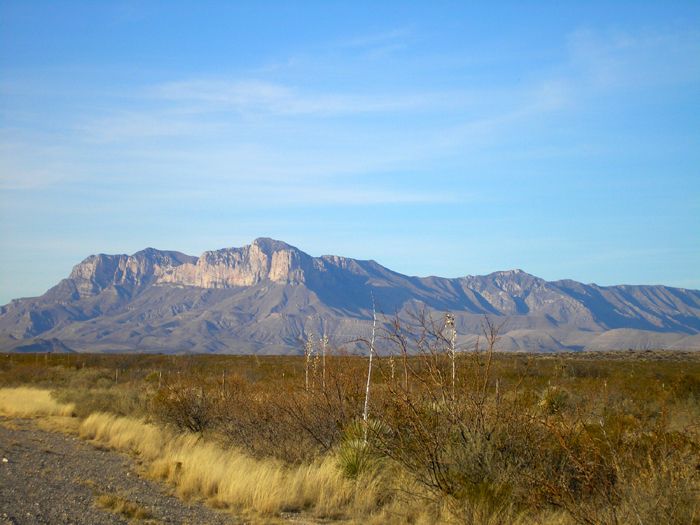 The Guadalupe Mountains by Kathy Weiser-Alexander.

The El Paso Salt War, also known as the Salinero Revolt and the San Elizario Salt War, began in the late 1860s and was a struggle between El Paso, Texas businessmen to acquire title to the salt deposits near the base of the Guadalupe Mountains. The political and legal struggle extended to an armed conflict waged with the Mexican and Tejano residents living in the communities on both sides of the Rio Grande.

The salt deposits of western Texas are remnants of ancient seas that have dried up. After rains in the Guadalupe Mountains, shallow salt lakes (salinas) formed in the Rio Grande Valley, creating a salt crust after the lakes dried up. Before extensive mining, these salt pans were several feet thick in some areas. These salt deposits are situated at the base of the Guadalupe Mountains and extending to San Elizario, southeast of El Paso, was an essential resource for the native people of the area for centuries. Salt was considered sacred to Native American tribes such as the Apache and Tigua Indians, who used it in the tanning of animal hides and as a condiment and preservative.

When the Spanish took control of the area, they began to utilize the salt beds and in 1692, Diego de Vargas, the governor of Nuevo México, reported that the salt crusts were so thick that they had to be chipped away with a pick and that they re-formed within a few days of being removed so that the salt could be continually mined. At that time, the salt was primarily utilized by the silver mines of Chihuahua, Mexico. It was also used for a wide variety of other purposes, including preserving meats, and became a trade commodity used along El Camino Real de Tierra Adentro. 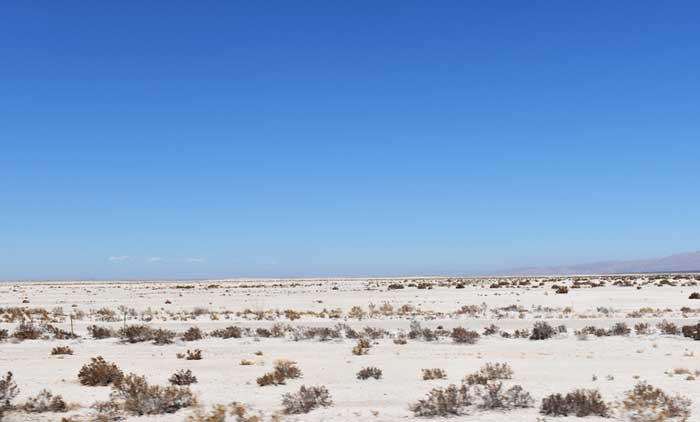 The residents in the Rio Grande Valley were granted community access rights to these salt deposits by the King of Spain. By the 18th century, the people of the area were making regular journeys to haul the salt to El Paso Valley communities of Ysleta, Socorro, and San Elizario. Individual carts and wagons were utilized for smaller quantities of salt and large caravans of salt gatherers often included as many as 16 wagons pulled by 60 yokes of oxen. Roads were soon blazed between the large salt deposits connecting the Salt Flats west of the Guadalupe Mountains with San Elizario, and another salt trail extended from El Paso northward into New Mexico.

After Mexico obtained its independence from Spain, the common rights of the use of the salt was grandfathered to the communities in the area and remained so when the region became part of the United States after the Mexican-American War. However, in 1866 during the Reconstruction period following the Civil War, the Texas Constitution allowed individuals to stake claims for mineral rights, thus overturning the grandfathered community rights.

At that time, approximately 5,000 Mexican Americans lived in the El Paso Valley region, subsisting primarily through farming and livestock grazing. They also supplemented their incomes by collecting salt. Many would make the 70 mile, two-day journey from San Elizario to the salt beds, enduring the heat and the threat of Apache attack to collect salt in mule-drawn wagons, which they transported to Mexico for use in the silver mines or sold to others, including the U.S. Army. The Mexicans, believing that everybody had the right to the salt, never thought to file claims to the salt beds in the name of any one individual or group. 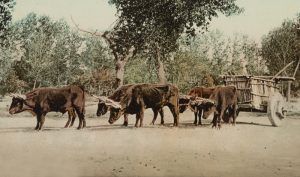 However, after Texas allowed individuals to file for the mineral rights, El Paso businessmen W.W. Mills, Albert J. Fountain, and Louis Cardis attempted to acquire title to the salt deposits, which would cause the Mexican Americans of the valley communities to pay a fee to collect the salt.

W.W. Mills soon formed a group that became known as the Salt Ring. Albert Fountain, who had a falling out with Mills, later became the leader of the opposing Anti-Salt Ring and was soon elected to the Texas Senate with the expectation of securing title to the salt deposits for the people of the El Paso area. However, Louis Cardis and Father Antonio Borrajo of San Elizario aroused sentiment against the scheme. Feelings between the two factions broke into open warfare with the killing of Judge Gaylord Judd Clarke on December 7, 1870, and Fountain soon moved to New Mexico. 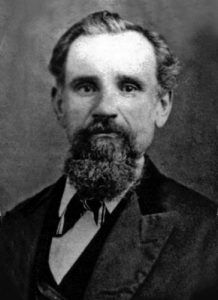 Louis Cardis was involved in the El Paso Salt War.

In 1872, Charles Howard, a Missouri lawyer and former Confederate officer, came to the region and was determined to restore the Democratic Party to power in West Texas. He soon struck up an alliance with Louis Cardis, who controlled the Hispanic vote in the region and was elected as a district judge in 1874. However, soon afterward, Howard turned on Louis Cardis and filed a claim on the mineral rights himself in the summer of 1877. These actions outraged Mexican citizens who considered the salt beds public property under the terms of the Treaty of Guadalupe Hidalgo and the transformation of the salt beds from communal to private ownership threatened their very survival. The Mexicans were supported in their view by Cardis and Father Borrajo. 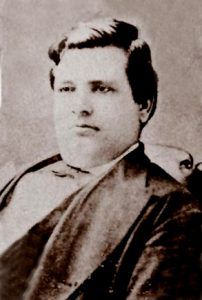 Insisting the salt was his, Charles Howard offered to pay for any salt retrieved by the residents at the going rate. However, the Tejanos of San Elizario, encouraged by Father Borrajo, with the support of Cardis, gathered and kept salt in spite of Howard’s claim.

In September 1877, Howard started a riot when he had two San Elizario residents who attempted to go for salt arrested. In response, an angry mob went in search of Howard, finding him in Ysleta, and marched him back to San Elizario. For three days, he was held prisoner by several hundred men before finally gaining his freedom by posting a $12,000 bond, vowing to give up his claim to the salt beds, and leaving the area.

He then retreated to Mesilla, New Mexico, but quickly returned to murder Louis Cardis in an El Paso store on October 10. Howard then fled back to New Mexico. The Tejano people of the area were outraged and demanded Howard’s arrest. Though Howard was returned, was arraigned for murder, he was soon released on bond to appear in court in March.

In early December, 16 wagons from both sides of the border left the valley, headed for the salt lakes. Upon hearing about the salt gatherers, Howard immediately brought suit and left for San Elizario to press charges. When he arrived in the company of 20 Texas Rangers, on December 12th, they were besieged by an angry mob and Charles Ellis and C. E. Mortimer were killed.

After a two-day siege, the Rangers, believing that Howard was to be freed surrendered. It was the only time in history that a Texas Ranger unit ever surrendered to adversaries. However, Howard remained sequestered and didn’t give himself up until the fifth day. On December 17 Howard, his agent, Texas Ranger Sergeant John E. McBride, and merchant and ex-police lieutenant John G. Atkinson, were shot by a firing squad composed of men from Mexico. their bodies were then hacked and dumped into a well. The Rangers were then disarmed and sent out of town and San Elizario was looted by the mob.

Within a few days several detachments of troops and a posse of American citizens descended on San Elizario, killing four men and wounding several others on the way. The leaders of the mob and many of their followers fled to Mexico.  In all, 12 people were killed and 50 wounded. Indictments were made against some of the mob members, but no one was ever arrested or brought to trial. 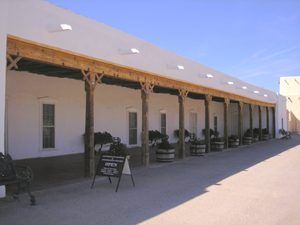 As a result of the unrest, San Elizario lost its status as the county seat, which was relocated to El Paso. The 9th Cavalry of buffalo soldiers were sent to re-establish Fort Bliss to keep an eye on the border and the local population.

Eventually, the Salt Flats were claimed and the Mexican community was forced to pay for the salt they once collected for free.

What began as a local quarrel grew in the 12-year struggle to gain the attention of both the Texas and federal governments and newspapers covered the story across the nation. At the conflict’s height, as many as 650 men bore arms and up to 30 men were killed, along with numerous more being wounded before it was over. 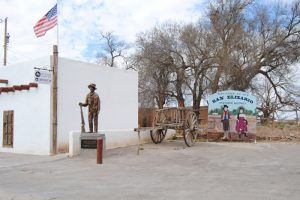