The Shakers are a sect of Christianity that trace their beginnings to Manchester, England, in 1747. They called themselves The United Society of Believers in Christ’s Second Appearing. However, they became known as Shakers because they trembled, whirled, and shook during ecstatic worship services.

Ann Lee founded a significant portion of Shakerism in England in 1758, and converts believed that Christ’s second coming was realized in their leader, whom they called Mother Lee. The Shakers gathered a small group of enthusiastic followers.

Misunderstood and often persecuted in their native England, Mother Ann Lee led eight Shaker converts to North America in 1774. They left England on the ship Mariah, arriving in New York harbor, seeking the freedom to live, work, and worship according to their main religious tenets. These include celibacy, communal life, and confession of sin. They didn’t believe in procreation; therefore, they adopted children,  recruited converts, and indentured children into their community. Those that were adopted were given a choice to either stay within the community or leave when they turned 21.

The Shakers also believed in racial and gender equality, simplicity, and pacifism. They were also associated with feminist and abolitionist reform movements in the 19th century. A bishop governed Shaker communities, and within the communities, individuals were grouped into “family” units and worked together to manage daily activities. 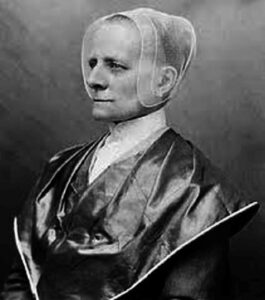 The converts soon purchased land near Watervliet, New York, a frontier wilderness northwest of Albany, where they made their first settlement. Mother Ann soon embarked on a series of missionary journeys throughout New York and New England, gathering many converts to the new Christian movement.

Mother Ann passed away in 1784, and various leaders followed. In the subsequent decades, the converts and leaders worked to expand the network of communal villages. The first settlements were organized in Upstate New York and New England states. Later, Shaker communities appeared in the Midwestern states through Shaker missionary efforts.

By 1836, 18 major, long-term societies were founded, comprising about 60 families and a failed commune in Indiana. Many smaller, short-lived communities were established over the 19th century, including two failed ventures into the Southeastern United States and an urban community in Philadelphia, Pennsylvania. They referred to those who lived outside their communities as people from “the World.”

Communities were agriculturally based, and men and women lived, and mostly worked, apart. They were also known for their manufactured goods, inventing metal pen nibs, the flat broom, a prototype washing machine called a wash mill, the circular saw, waterproof and wrinkle-free cloth, and improved the plow. 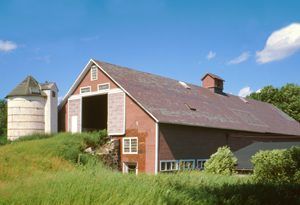 By the time the Civil War began, 6,000 shakers had maintained economic autonomy while making items for outside commercial distribution. Their agrarian work was eventually redirected to handicrafts, particularly furniture. After the war and subsequent Industrial Revolution, Shakerism went into severe decline. The newly industrialized economy made it difficult for them to compete, and waning prosperity made it difficult to recruit converts. As the number of living Shakers diminished, Shaker communities were disbanded.

Some of their buildings and sites have become museums, and many are historic districts listed on the National Register of Historic Places. The only active community is Sabbathday Lake Shaker Village in Maine, composed of at least three active members. 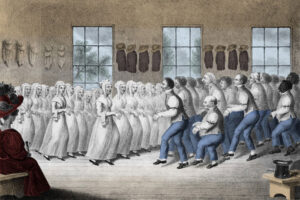 The Shakers are one of American history’s most intriguing social and religious movements. They are also one of the longest-lived and are considered by many to be the most successful of the hundreds of communal groups and utopian societies in this country.

Immigration to the United States